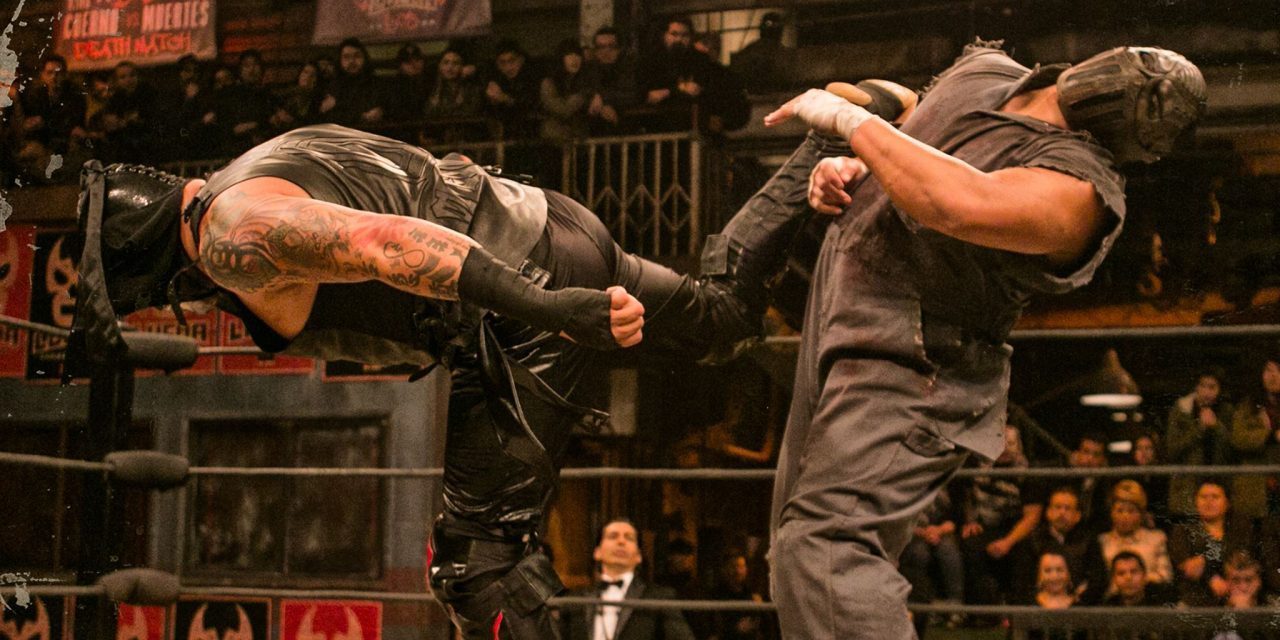 Lucha Underground season two has come to a close with another solid Ultima Lucha. Tonight we got the final five matches, as well as some character work for Pentagon and a short window into Dario Cueto’s future. It honestly feels like a perfect encapsulation of the season as a whole. There were some things that were really good, nothing that was too bad, but nothing that generated the kind of excitement I remember feeling about the show last season.

The wrestling was all pretty good here. The Trios Title Match was exactly what you’d expect it to be: good flying, fun spots, quick pace. Having the Superfriends win was a nice way to kick off the show. I enjoyed Angelico making the save and beating people up with his crutches. Though, it seemed like he still needed the crutches, which was kinda odd. A cripple cost the champs the match.

Dragon Azteca and Black Lotus had a pretty good match until Pentagon ruined the party. We’ve had to suffer through terrible Kobra Moon matches all season and they’ve had Black Lotus just hanging out all this time? One match in and she’s already my favorite female worker in the company.

The title match was another match that was pretty good. It was basically a beat down for most of it, this time a reversal of fortunes. Pentagon beat Matanza all over the building and looked great doing it. It’s a worthwhile story for them to try to tell, of Matanza being a little more beatable, but you have to wrestle a perfect match to do it and leaving even one opening could spell your doom.

Taya and Ivelisse had a pretty good match too. They showed why they can hang with anyone out there. This wasn’t going to blow anyone away, but they went out and put on a quality match. It was a lot of brawling and it ended with another run-in (or teleport in?) but it felt heated and was good for what it was.

The main event definitely delivered, as Rey Mysterio and Prince Puma put on a heck of a match. It was great, just a little bit below being a match of the year contender. Everyone already knows Puma’s a world-class worker and Rey showed he still has some left in the tank. It was worth going out of your way to see, for sure.

The show apart from the wrestling itself was interesting, but also a bit puzzling. For starters, we had four straight matches end with interference. Angelico cost the champs the Trios titles, then Pentagon ran roughshod over Black Lotus and Dragon Azteca, snapping both of their arms. Then Vampiro and Dario Cueto both got involved in the title match and possibly wrecked it for Pentagon. Finally, Catrina teleported for the first time for the live crowd and cost Ivelisse her match. At least they ended with the clean finish, but it felt excessive.

Especially confusing for me in all of that is the decision to have Pentagon spoil the Dragon Azteca/Black Lotus match. As I went over in the preview, this match is central to the larger story the show has been telling. The tribes, the Triad, almost all of the show’s mythology played a role in this match directly. Yet, the match happens and instead of someone winning, Pentagon just beats them down like geeks and breaks their arms. What was the point of that? If you wanted Pentagon to break some arms and unveil his new Pentagon Dark persona, couldn’t you have picked someone else?

Last season, Ultima Lucha brought stories to a resolution. This year, it didn’t feel like they did that for most of the programs. Angelico’s return felt like a mid-season finish. Dragon Azteca and Black Lotus didn’t even get a finish and had absolutely nothing resolved between the two of them. The feud between Taya and Ivelisse never really felt that well established, so Catrina’s run-in also felt like something that belonged in mid-season. Pentagon’s transformation felt more like a new beginning than an ending.

They set up last episode that Dario had been found out and he knew it. He made a call and said it was time. Time for what? Who knows! Apparently it won’t be time until season three. I understand they were trying to mirror the closing shot of last season with Dario’s ride in the police van, but it didn’t really make sense. Why is he smiling? Last season it felt like we had finished a chapter and set up threads for chapter two. This season, we seem to have stopped mid-sentence. Not to mention, it feels like a retread of last season. So, season three starts with Dario away from the Temple? That seems familiar…

Pentagon was the big star on this show, making his transition from Pentagon Jr. to Pentagon Dark. The skit in the beginning was awesome, with Pentagon conquering his demons and emerging a more sinister version of himself. As much as I dislike the targets, his assault on Black Lotus and Dragon Azteca was great, too.

No one in this company and maybe no one at all has the aura of insanity and danger that Pentagon brings with him. It’s a little Samoa Joe, a little Necro Butcher from their indy heydays. You legit think this guy might paralyze someone out there and he’s great. What a perfect time, then, for him to beat Matanza and become the top monster in the promotion! Instead, he loses and beats up Vampiro, doing the BJ Penn spot over and over at the end. Are we building to a Vampiro/Pentagon match? We’ve already seen that. Where do we go from here?

It’s also a little troubling to me that the two biggest stars in the company are both guys who can’t win the big one. Prince Puma has lost in the main event of Ultima Lucha two years in a row. The guy who’s supposed to be their biggest star loses in the biggest matches. That seems like a problem. Granted, Prince Puma is so talented he is no danger of being perceived like Roman Reigns, but it’s still a bad look.

I realize this all may sound a little negative. I don’t want to give the impression that I didn’t like this episode or even the season on the whole. As of right now, Lucha Underground is hands down my vote for Best TV Show in the Wrestling Observer awards. It’s the easiest to watch and the one I look forward to the most. Honestly, it’s the only one I look forward to most weeks. The wrestling is good, it’s fun and interesting, it’s very enjoyable. That interest level, however, has been dropping for me all season.

I volunteered to do the Lucha Underground reviews on this site because I was in love with the show. It was one of my favorite shows on television. I don’t just mean wrestling shows, I mean shows, period. I loved the high-flying and hard-hitting wrestling. I loved the fun atmosphere. All the goofy vignettes and storylines, all the stuff Joe Lanza can’t stand about the show, I loved that about Lucha Underground.

Somewhere along the way, they lost a step. The stories lost their energy. Matanza’s reign of terror got old, fast. It didn’t feel so much like an insane fever dream anymore. It was a wrestling show that was pretty good. And, hey, given how many weekly wrestling shows are boring or virtually unwatchable most weeks, it could be worse. That wasn’t what attracted me to the show, though.

I wanted more of Aerostar time traveling around with his rocket boots. If Matanza was going to keep reigning the Temple, let’s see him do something bonkers again, like eating a man’s face. I wanted to get deeper into the mythos behind everything, find out more about this mystery man Lorenzo Lamas is so devoted to. I wanted the crazy dial turned to 11. We just didn’t get that for most of this season.

Think about the way last season ended. The climax of Mil Muertes claiming the title. Dario and Black Lotus running away from the Temple, pulling Matanza behind them in a trailer that gave us just a tease of what he looked like. The different characters going their separate ways. Pentagon and Vampiro were headed somewhere darker. Dragon Azteca Jr. summoned a new mentor. Marty the Moth kidnapped Sexy Star. Everything was tied up, but it also gave us many things to look forward to. Tonight, it did not feel like they accomplished that.

I’m going to miss Lucha Underground, but I hope they regain the footing in season three. Unfortunately, it’s already in the can, so there is no opportunity for the writers to respond to the audience. I hope they have great plans for some of these characters for next season.

In my first review on this site, I talked about how Lucha Underground had earned the benefit of the doubt because they told consistent, deliberate stories. What I think they showed in this season and in this finale, was that they perhaps aren’t quite as consistent as I’d given them credit for being.

At the end of the day, I still am a fan of this product. I still rock my Lucha Underground vintage shirt with pride. I believe this creative team still has quite the track record and should be expected to do something great next season. I’m still choosing to be a Believer.

My faith is not blind, however. I’ve seen the missteps of this season and I remember the rut they found themselves in. I still believe in Lucha Underground, but now… I’m just a little bit more skeptical. 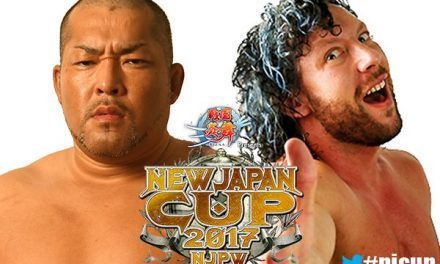