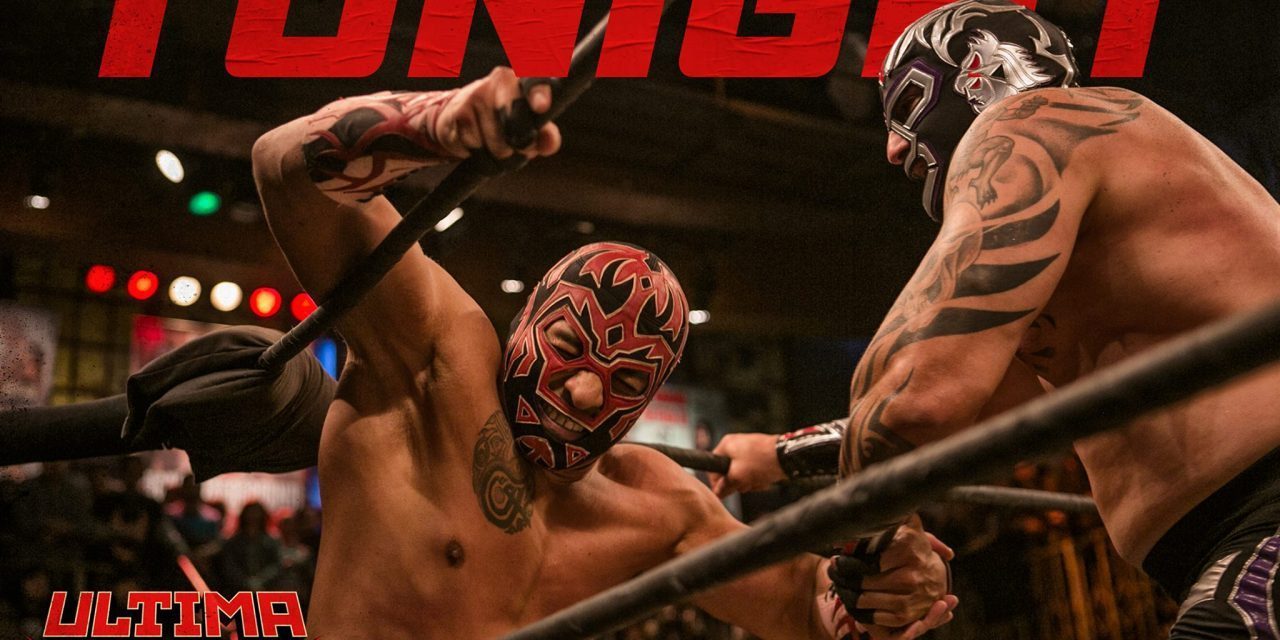 Ultima Lucha powers on! Last week, we had a fun, if not anticlimactic, Unique Opportunity Tournament that ended with a man not even in the tournament walking away with the prize. (What is this, Strikeforce?) Tonight, we got the Gift of the Gods Title Match as well as the Death Match, to adequately space out the plunder, as I’d expected. Ultima Lucha Part 2 was again fun and super easy to watch with a couple good matches and a thickening plot.

I think this episode sort’ve sealed something for me that I’ve been thinking about for a while. You have, with Lucha Underground, a roster filled with guys who are from outside the country and hadn’t yet been given a break in the US on TV. You’ve got some veterans from the big stage coming in and lending credibility. You have a charismatic leader that is a bad guy, but beloved by the fans because his motivation is putting on a great show for them. You have a mix of styles, from flying to technical work to straight up brawling. There’s a heavy emphasis on stipulation matches and most matches are contested under “relaxed rules” which allows for a more hardcore product across the board. The stories they tell have elaborate backgrounds and push the envelope compared to what the industry is used to.

I remember thinking this during the No Más match earlier this season and it came right back for me during tonight’s main event. Watching Muertes and Cuerno, it would’ve fit right in with the good ol’ ECW we all knew and loved. This was a 2016 version of Mike Awesome vs Masato Tanaka. Don’t tell me you couldn’t see The Gladiator putting Tanaka through three tables in a row like we got here.

Lucha Underground is a 2016 version of that promotion. The crazy moves are still there, but they’re a little bit safer with a little less head trauma. The stories are campy and zany in the same vein as movies like Sharknado, commercials by brands like Skittles, and pretty much every internet meme. Lucha Underground was doing wacky way before Señor Benjamin was preparing battlefields. They also not only objectify women less (which admittedly isn’t hard), but present them as competitors alongside and against the men. It’s ECW for a new generation.

Not all experiments go well, though, and tonight we got an honest look at one pet project by the name of Sexy Star. It’s been clear from episode one of Lucha Underground that they have had big plans for this woman. During the Gift of the Gods Match, however, I got the feeling they might want to reconsider.

Sexy Star looked bad here, guys. Like, “you can see the other wrestlers in the ring assisting her for all of her moves” bad. When people have to slow down and visibly aid an opponent, it drags the match down and takes everyone out of it. Marty the Moth basically helped Sexy Star beat up his sister, only that wasn’t the story they were trying to tell. It just came out that way because Sexy needed a lot of help.

It’s a shame that she had this big moment when so many other wrestlers looked better in the match. Night Claw had one heck of a debut and had a few moves that looked tremendous. Killshot didn’t do a ton, but he looked good. Daga shined more in this match than he has in all of his other matches combined. Yet Sexy Star walked away with the win. When her offense looks like a walkthrough of a stunt show rather than a fight, that’s a problem.

It’s great that they’ve told this story of her coming back from domestic violence and providing hope to young women. It’s great that they have a female role model like this in the company. I just wish they’d maybe cast someone else in that role. This was a long time coming for her character, but Sexy Star still has a long way to go.

The match overall was super entertaining, though. I don’t want to miss that point. It moved quick, featured some great spots and made sense. It was an obvious choice, but I liked having Sexy and Killshot face off with Marty and Mariposa, then having Sexy left alone to fight off the two heels. It was a fun match, but also was effective from a story-telling perspective. Well, at least as effective as it could be given the quality of the work down the stretch.

The main event Death Match was also really good. I happen to be a blood feud lock-up fetishist and was pleased to see that the lock-up Cuerno and Muertes had at the start was more of a collision and lead to the Owens/Zayn punch spot. I’d expected this to perhaps be this year’s version of the Pentagon/Vampiro match we got last year and for it to be bloodier and more violent than it was, but all in all it was a good brawl. It felt like a fight.

It was also a great example of how to do a monster match. King Cuerno always felt like he was in danger and could be taken out at any moment, but he got a lot of offense in. He wasn’t helpless and he had plenty of hope spots. If they had been doing Matanza’s matches in a similar fashion all season and not just starting with Cage, I don’t think the backlash to him would have been as great.

Between the two matches, there were just so many awesome moments:

There were a lot of things that popped out. At the end of the day, how many will we truly remember? I’d say probably Night Claw’s moonsault, the spear, and the powerbombs. That’s a lot for one show. This is a promotion that truly succeeds at giving us big moments in and out of the ring.

Speaking of out of the ring, we got a payoff to the first episode of this season where Vampiro officially stops taking his meds. By pouring them into the trash, he embraces his dark side and ventures off to ready Pentagon for violence! Wait though, does this mean he’s been taking his medication faithfully all season up to now? Because I seem to remember him beating a crippled Pentagon Jr. with a baseball bat wrapped in barbed wire and that seems just a liiiiiiitle unhinged to me.

We also got a nice bit of story-telling with Dario noticing something was up with Mr. Cisco and discovering the wire he was wearing. His instinct was to grab the bull statue and murder Cisco with it, which if you’ll recall was how Matanza murdered their mother. Or was it? The ease with which he grabbed the bull and started swinging makes me wonder… was it actually Matanza who did the killing that day? Perhaps Dario’s been behind Matanza’s transformation all along? The big question is, who is he calling and what is it time for?

I guess we have to wait until next time on the 2-hour finale of Ultima Lucha Dos! Are you pumped? Because I know I am! 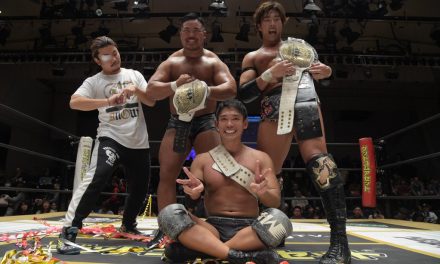