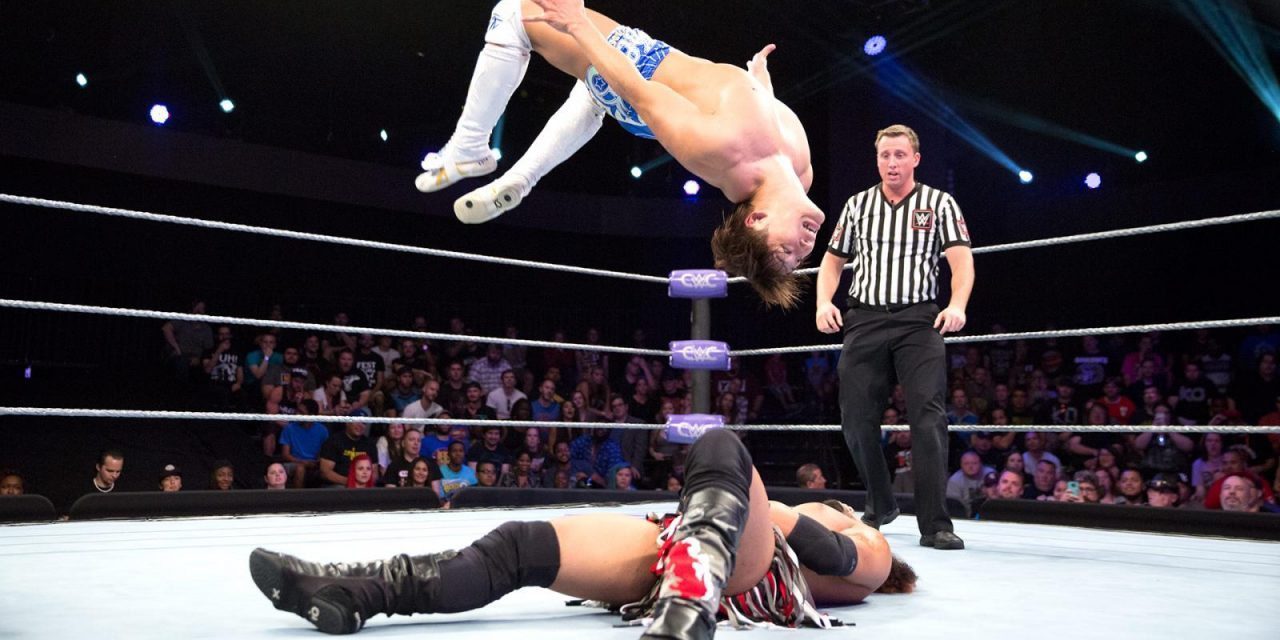 We have seen most of the moves. We have seen most of the stories. What drives us to watch hours of wrestling every week, to comb the message boards, to never get too far behind on our Twitter feeds, is the promise of discovery. Modern technology allows us to explore the world in our search for new wrestling and new wrestlers. But tonight, the world comes to us. It’s time for night one of WWE’s Cruiserweight Classic.

As the match began, it was clear that Metalik was the far more advanced worker, perhaps due to the level of wrestling he has experienced compared to the wrestling scene in Chile. Saez was a little over expressive and slow to get to the spots where Metalik needed him to be. However, just as I was telling my wife that Metalik wasn’t showing the skills he shows in New Japan, he hit a springboard suicide dive onto Saez. From there, both men found their footing as the match devolved (in a good way) into a spotfest. By the time Metalik finished the match with a fisherman’s driver from a fireman’s carry, Saez had shown that he has a ton of potential and Gran Metalik had shown that some wrestling company must realize how special he is and take advantage of it. Metalik’s next match will be against the winner of Tajiri and Damian Slater.

The match was fine as a match but was absolutely taken to another level by the commentary team of Mauro Ranallo and Daniel Bryan. They sold the story from CWC Bracketology about Saez cutting weight and how that might affect him. More importantly, they seemed to truly enjoy watching and talking about wrestling. They called the match like a real sporting event, but not in a way that came off as forced or fake. When Saez hit a shooting star press off the ring apron, both Mauro and Bryan screamed the name of the move at the top of their lungs in what sounded like genuine excitement. It’s hard to measure how much that improves a match but it cannot be denied that it improved this match, as it would any other. **3/4

Out of pure necessity, Hong Kong’s Lun was forced to play the classic small man role to the bigger Ariya Daivari. For his part, Daivari seemed to want to wrestle like a Vince McMahon prototype: everything was smooth and well done but, overall, boring. HoHo Lun was the exact opposite. He didn’t always appear to know exactly what he wanted to do and was slightly sloppy at times, but he was much more interesting. The crowd clearly felt the same way I did as they responded well to Lun and not at all to Daivari. I wanted to see more of Lun and I was happy to see him win with a bridging German suplex. Mostly, I’ll be happy to hear Daniel Bryan say “HoHo” many more times in Round 2. That match will be against either Noam Dar or Gurv Sihra of the Bollywood Boys. **

Sometimes you discover wrestlers that have been there all along. If Cedric Alexander used a different name in this tournament, I would not have immediately recognized him. He showed up to the CWC in amazing shape. Petiot is a bigger, more masculine guy, so Alexander smartly worked this match from underneath. He had to work hard to get the crowd behind him but Alexander is so good that the audience eventually started to buy into him. When Alexander hit the lumbar check to move on to the second round, the fans exploded, fully behind the young man from Charlotte. If given time, his second round match (presumably with Kota Ibushi) should be a real treat.

This was my first time seeing Clement Petiot. He had a great look and absolutely worked a competent match. Nothing about him screamed out to me but there’s probably no good reason to send him back to France without giving him a few more opportunities. **1/2

This was the Kota Ibushi show but Sean Maluta refused to be only a bit player. It was obvious throughout that Maluta was nowhere near Ibushi’s level as a wrestler but Maluta pulled out every trick he had and was able to credibly get through the longest match on the card. Among those tricks was an impressive running full flip from inside the ring out onto a standing Ibushi. The Samoan clipped the top rope and nearly caused a catastrophe but he still showed excellent athleticism.

Ibushi focused on strikes early on, with Bryan and Ranallo fully committed to selling the viciousness of Ibushi’s kicks. He would, of course, break out his own impressive high flying, including his trademark moonsault from the second turnbuckle to the outside.

The match was built to make Maluta seem a real threat to knock off Ibushi. Mauro and Bryan did their best to add to the intrigue by talking about Ibushi’s injured neck and speculating how that might give Maluta an opportunity to strike. Despite their best efforts, the finish was never in question but that did not diminish the very good work put in by Sean Maluta. Considering his potential, and his lineage, he is definitely one to keep an eye out for going forward. ***

This was a great start to the Cruiserweight Classic. None of the matches blew me away but everything felt fresh and, if you wanted to find something new to get excited about, there was plenty here for you. More than anything, though, you can’t watch this show and listen to the commentary of Mauro Ranallo and Daniel Bryan and not feel something. It’s almost easy to forget what great commentary can do but this show was a testament to its strength. Of the guys who will not be advancing, I will definitely look out for more Alejandro Saez and Sean Maluta. As we head into Round 2 of the CWC, I can’t wait to see what Gran Metalik, Cedric Alexander, and Kota Ibushi still have left to offer. Those three men may not be totally new to me, but it can still be exciting to see how things and people you thought you knew can change when you find them in new surroundings. 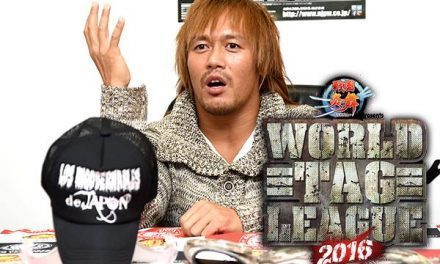 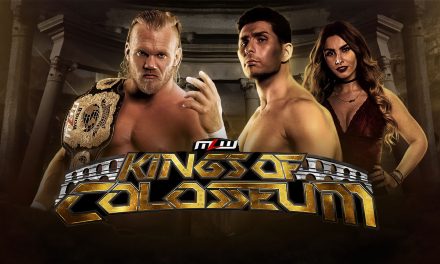 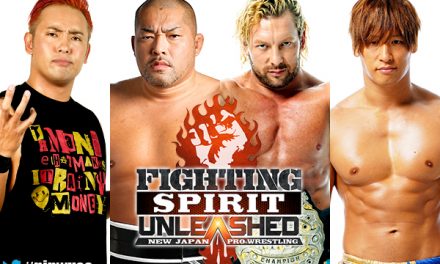