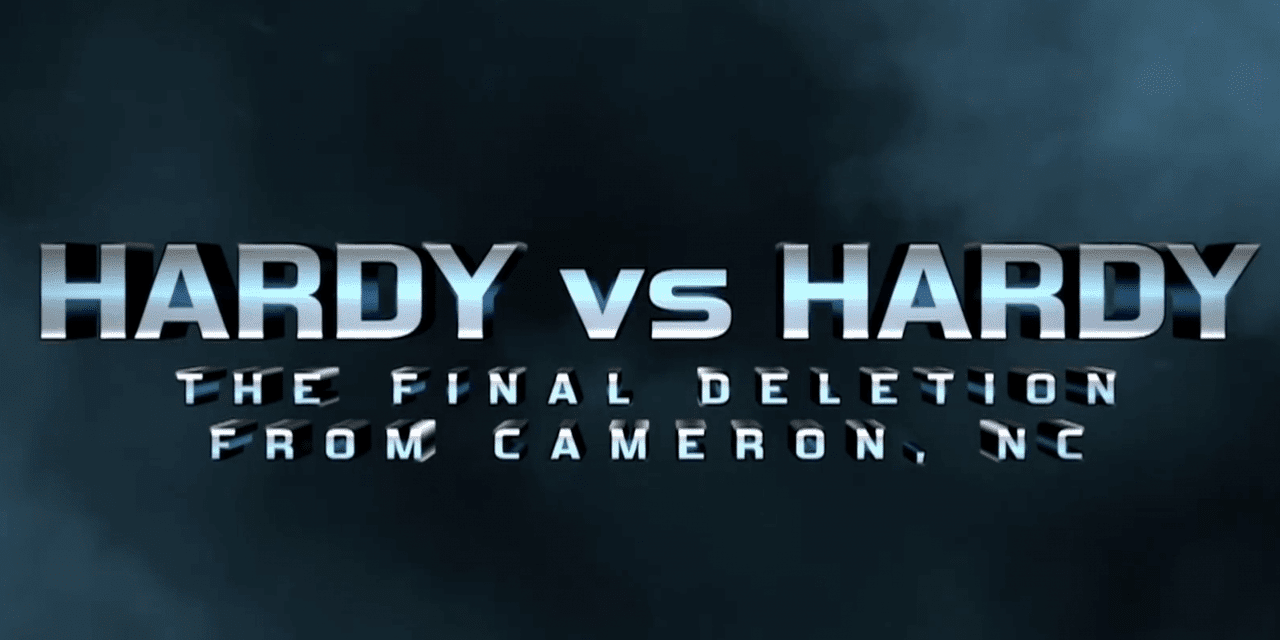 Impact opened with Matt Hardy’s gardner Señor Benjamin reading a disclaimer that the performers on the show are trained professionals. We then cut to Matt and Reby throwing a first birthday party for Maxel. Matt’s gift to Maxel was the promise to delete Jeff once and for all. Matt then spent a few moments making strange faces.

Mike Bennett came to the ring with Maria and declared himself the “greatest X-Division of all time, ever.” I’m fairly sure the ever was redundant. Bennett announced his intention to exercise Option C. Dixie Carter was none to pleased with how Bennett was representing the X-Division and demanded Bennett defend the X-Division title tonight in an Ultimate X match vs. the entire X-Division roster.

DJ Z took out a bunch of people with a dive. Everybody hit a move before everybody tried to climb. Lee dragged DJ Z off the cables with his legs before transitioning into a deadlift German. Bennett was left all by himself and looked to get the belt down by jumping from the center of the ring. He failed and then tentatively climbed across. Edwards cut him off and hit a super hurricanrana. Everybody then hit a big dive. Andrews hit a moonsault off the truss. Bennett pulled a ladder from under the ring. Ultimate X matches have one rule – no ladders.

Edwards took Bennett out with a baseball slide, fended off Bennett one more time before pulling the belt down to re-win the title he lost a few weeks ago. Edwards defending the honour of the X-Division and regaining the belt was the best way this story could have gone but I would have preferred if they just put a concerted effort into trying to build up Edwards for a match vs. Lashley. Edwards vs. Lashley does sounds like a lot of fun though. Super enjoyable match. ***1/2


Drake controlled much of the match, Storm made a comeback and hit the Last Call but Drake fell to the floor. Drake hit Storm with the belt to cause the DQ and retain the title. Drake left Storm laying after the match. Perfectly fine first match in a feud, though I don’t see why this was a title match. They should have built toward Storm challenging for the title. **

Jade came out all guns blazing before Jade turned the tide with a baking pan and a trash can lid. Marti hit a pump kick into the the lid. Jade fired back with a Kendo stick. Marti pulled out a baton but Jade retaliated with some nunchucks. Jade put Marti away with a Package Piledriver on a chair. A little too much taking turns hitting each other with stuff and the crowd wasn’t particularly invested in what they were doing but the effort was there. **1/4

They showed Jeff doing some landscaping and sitting at home playing a guitar. Matt then unleashed a fleet of drones on Jeff, which Jeff deftly batted away with his guitar. That was absolutely amazing. Matt’s head appeared as a hologram being projected by a drone demanding Jeff meet him at the property line for their final collision. Jeff then chased Matt’s drone on a motorbike all while Matt was gleefully destroying Jeff’s lawn. This wasn’t even their final showdown and this was insanely entertaining.

Mike Bennett was in the ring again moaning about how he lost the X-Division title. Maria demanded Dixie come to the ring but she got Billy Corgan instead. Maria laid down an ultimatum that either she goes or Dixie goes. Bennett also demanded to be put in the Destination X main event too. Billy and Dixie called their bluff and while Bennett and Maria back down, Bennett did promise to ruin Destination X next week. If the finish to Edwards vs. Lashley involves Bennett interference I’ll be deeply disappointed. This feud has a likability problem – Bennett and Maria are good heels but Dixie isn’t that easy to root for as a character.


The BroMans revealed before the match that Bram and Rosemary were romantically involved. Decay got the heat of Godderz before Robbie made a comeback. Raquel took out Rosemary and The BroMans scored the win after hitting the BroDown on Steve. Simple six person tag to set The BroMans up as the next number one contenders while furthering the Bram/Rosemary angle. Match was solid enough. **1/4

Eddie Edwards was in the ring deciding whether he was going to cash in Option C but he was interrupted by Bobby Lashley. Edwards said he doesn’t fear Lashley. He’s wrestled with a broken arm before. Lashley berated Edwards, ran down his credentials and challenged Edwards to a title vs. title match next week rather than Edwards cashing in Option C. Edwards agreed, and the winner will take home both belts next week. Lashley hit a huge belly to belly on Edwards and went for the Spear but Edwards countered with a knee and Lashley fled. This was really good stuff. Lashley has this sort of quiet badassness to him and he oozes credibility. Edwards came off as a likable plucky underdog (and cut one of the better promos of him career).

I’m interested to see what they’re going to do next week with both titles on the line. It feels too early to put the title on Edwards (and take the title off Lashley) and Lashley winning the X-Division title feels too similar to the story they just told with Mike Bennett (and they already burned the Ultimate X stip as a way to get the X-Title off a heavyweight without pinning them). Once the match doesn’t involve Mike Bennett or something silly like a Davey Richards turn I’m good though. And it should be a really good match.

Drew and EC3 had a split screen interview (they were suspended from the building for fighting backstage). They don’t like each other. They’ll fight next week. Simple stuff but effective.

Matt summoned Jeff by playing a violin badly. They had a ring set up outside at night in candlelight. Jeff hit a superplex and slammed Matt through some sort of screen door. Matt hit a Twist of Fate for two. Jeff hit a Swanton for two. Jeff followed with a Swanton out of a tree for yet another nearfall. All of this was edited down to make it brisker and was accompanied by dramatic music. The true wackiness then ensued. Matt started relentlessly shooting fireworks at Jeff as Matt shouted “DELETE” over and over. Jeff fended some of them off with a trashcan lid. Matt went to survey the wreckage only to reveal Jeff with some fireworks of his own but Matt hid under a boat.

Matt choked Jeff out in a lake and declared himself victorious only for Willow to emerge where Jeff was left. Willow strangled Matt with an umbrella but Señor Benjamin attacked Willow with a taser. Matt stumbled around in the dark until he found Willow unconscious. Matt pinned Willow and pulled off the mask to reveal Señor Benjamin in full Willow garb. That whole sequence was amazing. Jeff choked Matt out and climbed a giant Hardy Brothers logo. Matt set the logo on fire causing Jeff to fall off. Matt pinned Jeff and posed in front of the burning logo as the show went off the air. That was actually a pretty potent piece of symbolism. We are watching the Hardy Brothers relationship burn in front of our very eyes. It was a poignant note to end this whole ordeal on.

Does this even count as a wrestling match? There was a ring and a referee and nearfalls and a ring bell but it was so far removed from a regular wrestling match that I have no idea what to say about it. I will say this. It achieved everything it set out to do extraordinarily effectively. It was over the top, it was silly, it was highly amusing – but it also took itself seriously within it’s own weird, bizarre wacky universe. It wasn’t just played for laughs. Somehow it managed to have layers, which is the most astonishing thing about this whole ordeal. There was oodles and oodles of sizzle but there was also just enough substance to ground this in some semblance of reality and actually say something about this story and these characters. It was also batshit crazy to boot. This is essential viewing. ****1/4

Final Thoughts: I was expecting to say nothing else mattered on this show other than THE FINAL DELETION but really that’s not the case. There was a really fun Ultimate X match, some strong character work from EC3 and Drew Galloway and an excellent go home segment for the Bobby Lashley/Eddie Edwards match. So don’t sleep on the undercard of this show. All anybody will be talking about for the next week is Matt and Jeff Hardy’s Final Deletion though, and for good reason – it delivered everything you could reasonably expect on every level and absolutely has to be seen by every single wrestling fan. 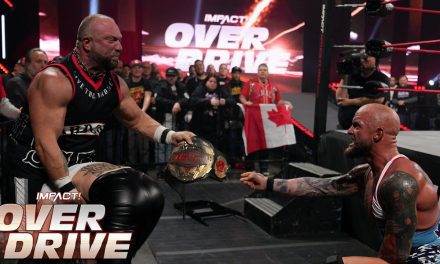