The new X-Division champion Mike Bennett opened the show with Maria. Dixie is missing this week after Billy Corgan advised that she take a week off. Bennett talked about how Destination X is two weeks away and that he’s going to cash in Option C for a shot at Lashley. Lashley came out and said that Bennett is nothing but an afterthought to him. EC3 followed proclaiming that he’ll win the World title main event. Corgan then came out, holding a microphone like it was a glass of fine wine, and booked an X-Division number one contenders battle royal where the winner would challenge Bennett later in the show. Bennett and Lashley beat up EC3 until Drew Galloway made the save, but Drew accidentally took out EC3 with a Claymore in the process. This was a very long winded way to get to Bennett defending the X-title later in the show. I’m not entirely sure why Lashley and EC3 were out there. Drew and EC3 were already at odds, so they didn’t need to establish that. It just felt like they shoehorned in the guys in the main event here in a formula approach to promote that match.


Sienna’s entrance attire made her look like a peacock. Sienna controlled the early exchanges but Kim fired back with a blockbuster. Allie looked to interfere but Jade cut her off. Marti Bell then took out Jade. Sienna hit the old Monty Brown Pounce, which she’s calling the Silencer, for the win. Way too short. Way too meaningless. Way too much a backdrop for other things to happen around it. This could have been a great match but it never had a chance to be. *1/2

Eli Drake served as his own announcer for the latest installment of Fact of Life. Drake told a story about mashed potatoes and dummys. I like Eli Drake. He’s a fun midcard goof. He introduced his guest James Storm. Drake pointed out how aimless Storm has been lately and wondered if he was jealous of Drake. Storm referred to Drake as Eli Dork, which the crowd seemed to enjoy. Drake responded by pointing out each dummy in the audience. Storm proposed a drinking game where everybody drinks when Drake pushes his dummy button. After taking a few drinks, Storm ran down his résumé. Drake responded with a great deal of bravado. Storm threatened violence but went to leave. Drake threw a beer on the floor, which is probably the greatest affront to everything Storm stands for possible, so Storm dropped him with a Last Call. I enjoyed this a great deal more than I expected to. Storm is a great opponent to try and get something new out of Drake and Drake is a great midcard heel. He just needs to get his work up to a level that justifies elevating him. And there was just some fun, well delivered banter here.

Matt Hardy wheeled his way to the ring, incapable of standing because of what Jeff did him last week so he was bound to a wheelchair. Matt uttered the words “my extremities will not allow me such luxuries” which was delightful. Reby wheeled Matt around the ring as he berated the fine patrons of the Impact Zone. Matt pointed out all the different places where Jeff broke him. Matt demanded Jeff Hardy come face him. Matt demanded one more match in six weeks when he recovers from his injuries with the right to the Hardy name on the line. Jeff suggested Reby take a stroll over to the Wizarding World of Harry Potter and ride away on a broom. Matt rose miraculously from his chair and attacked Jeff. Matt placed Jeff’s head in a chair and followed with a Twist of Fate. Next week Matt and Jeff will face off but not at the Impact Zone, but rather at the Hardy family home – the sanctuary of their genesis. There is no more fitting setting for their “final deletion.” Matt then repeated the words final deletion over and over again. I will be so sad when this programme is over. It’s been an utter delight.

This is Mark Andrews’ first match on Impact since February. Bennett was doing the 2006 Kevin Nash fake X-Division legend schtick on commentary.  Edwards eliminated Spud. Everett eliminated Andrews. Lee and Everett teamed to throw out DJ Z. Bennett jumped off commentary to assist Lee in eliminating Edwards. Sutter overcame both Lee and Everett to win. Sutter’s music is the old Spin Cycle theme song and that keeps putting me off. The Helms Dynasty attacked Sutter after the match. A bland, overly kick punchy match. **

Bennett tried to pick the scraps left behind by The Helms Dynasty but Sutter fought back. However Bennett quickly Sutter with the Miracle in Progress. NR

Tyrus is going by The Fixer now – basically muscle for hire. Al Snow has a whistle that he obsessively blows. Tyrus pinned Baraka with a front slam. The match was what you’d expect. *

Lashley caught EC3 coming off the top but Galloway threw them both overhead at once. Drew and EC3 hit Lashley with a double delayed front suplex. Drew hit a wacky flip off the apron to Lashley and EC3 followed with a dive onto Lashley. The match then came down to EC3 and Galloway. A fun exchange that included Galloway drawing blood from EC3’s chest with chops alone ended with Galloway hitting EC3 with the Future Shock but Lashley made the save. Drew hit EC3 with the Claymore which Lashley followed with a Spear on both Galloway and EC3 for the win (handing EC3 his second pinfall loss in TNA in the process). Not quite long enough to rise into great World title match territory but this was good fun while it lasted. Plus it’s always nice to see no shenanigans in a title match. I would question Lashley pinning EC3 though if a singles match between the two is the direction but perhaps they figured Drew couldn’t take a third straight title match fall. ***1/4

Some bland wrestling on the undercard but a fun main event and some strong character work from the likes of Storm, Drake and Matt Hardy (and even Mike Bennett to an extent) helped carry a fun show. But none of that matters. Next week Matt and Jeff Hardy face off in their home. And that’s is literally all that matters. If their last foray home is anything to judge by that can’t be missed. 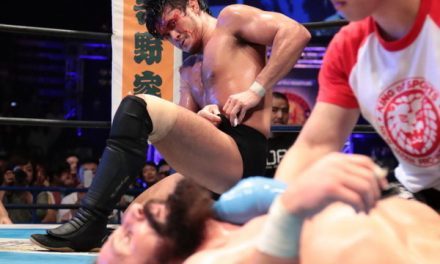 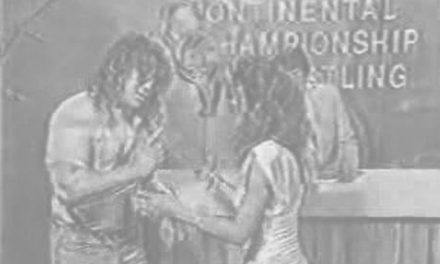 The Deep Dive: I’d Like to Talk to Tom