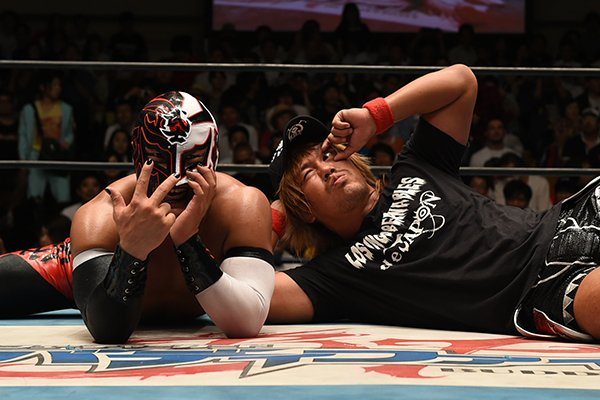 With his usual opening match partner departed for Ring of Honor, David Finlay enlisted everyone’s favorite clown Ryusuke Taguchi for this show’s opener. Thankfully, the two picked up right where Finlay and White left off and absolutely killed it. Taguchi had a great showing in Best of the Super Juniors and seems to have tapered off his lame, eye-roll inducing “comedy” in favor of a more straight-forward approach more akin to his Apollo 55 days. The story of this match was Taguchi being the smarter, better veteran but Finlay not wanting to die. Taguchi had the match in hand seemingly sleepwalking his way to a victory before Finlay used his stamina and never-say-die attitude to stay alive. Kickout after kickout saw the crowd firmly on Finlay’s side before The Funky Weapon walloped him with an enzuigiri and the Dodon for the win. ***½

The next match of the night saw a battle of The Dads vs. The Lads as some of New Japan’s elder statesmen battled with the lesser members of CHAOS. Captain New Japan wouldn’t start the match until Romero tagged in Sakuraba. The Cap, bless his soul, tried a takedown on The Gracie Hunter and immediately got locked into an armbar. A barrage of kicks followed which sent the Captain running to his corner where Jushin Thunder Liger was nice enough to console him. The remainder of the match was essentially a greatest hits album for each competitor as everyone got in at one point, did their signature spots and bounced. I’m not complaining though as it was a super fun match that was never going to be taken seriously, so why even bother. The fans ate it up as well and while it got a little long in the tooth, it was a fun, get everyone on the card style match. Though it probably won’t be any good, the crowd went nuts for a face-off between the newly bald Manabu Nakanishi and the perpetually bald Tomohiro Ishii. Again, it probably won’t be good if they ever had a singles match but still.. We can dream, right? Ishii eventually finished off the Dads with a brainbuster on the Captain for the win. **

What in the world? Kojima, Sydal and Yoshitatsu? This weird duo received an eerily quiet reaction when they entered almost as if the crowd didn’t quite understand what the hell was going on or who else would be added to the team. Sydal did an awesome moonsault to the outside to get the crowd going but it was short-lived because Tatsu tagged in and you could hear a pin drop in Korakuen. Whether you like the faux-Triple H/Bullet Club Hunter Yoshitatsu or not is irrelevant. The fans don’t care about the guy and it was particularly glaring when during the Bullet Club’s control period on Tatsu, the crowd was silent save for a few polite claps (direct at the Bullet Club). This match was certainly less passioned than the prior mutli-man tag and struggle to get any type of reaction or passion from the fans. Mercifully, it was quick, Kojima looked to finish off Owens with a lariat but the Bullet Club underclassmen was one step ahead, superkicking Kojima’s arm and buying himself some time. Owens got too cocky, went for a lariat attempt himself but was met by a huge lariat from Kojima for the victory. *¾

The highlight of this particular Kizuna Road stop was the announcement of the participants for this summer’s G1 Climax. Here’s a quick breakdown of the Blocks and participants. Check back this week for more extensive schedules, previews, predictions and G1 coverage right here on VoicesofWrestling.com.

Note: we’re also once again holding our G1 Climax Pick’Em contest, for which details and sign-up should come shortly.

The big story coming into this match is Shibata now teaming with Tenzan and Nagata after spending much of the early part of the year feuding with the old guard of New Japan. Shibata finaly earned the respect of Nagata at Dominion, setting up a new chapter in his NJPW career. Now, Honma, well he and Shibata have some problems and will be facing off in a NEVER Openweight Title match at the July 3 Kizuna Road show. This was played up throughout the match with both men squaring off a few times to tremendous crowd heat. Juice Robinson stuck out like a sore thumb in the match listing but actually endearing himself quite well here including a fun interaction with Tenzan which saw the New Japan legend instruct Juice to hit the ropes to which Juice replied “Why don’t YOU go there?!”

The end saw an impassioned Tenzan hit a beautiful (I mean, for Tenzan) moonsault on Juice Robinson for the win. Tenzan then snatched the mic away post match and made it known he was upset for not being included in this year’s G1 Climax. The former three-time G1 Climax winner has taken part in a record 19 tournaments and will likely be on the top of the list as far as injury replacements. **

My unquestioned favorite for Feud of the Year is CHAOS vs. Los Ingobernables de Japon and this match put it even farther in front. The best aspect of the feud is that the main event portion (Kazuchika Okada vs. Tetsuya Naito) hasn’t even been the best part. No, that honor goes to the awesome, real-life influenced, star-making feud between YOSHI-HASHI and SANADA. Bridging elements of reality with some of the over-the-top mannerisms of Los Ingobernables has created 2016’s best feud within a feud. This match, is great. Like legitimately, no I’m not kidding you, yes, you should drop everything and go watch it right now, great. Consistent back and forth action, kickouts, counters and a molten hot crowd all combined to create a genuinely must-see match from this otherwise inconspicuous Korakuen Hall show. Picking out just a few spots to highlight is hard as the match was filled with creative counters as the two factions become increasingly familiar with one another. In particular, the finish will stand out in most people’s minds. After knocking Goto out of the match, SANADA and EVIL went to work on CHAOS understudy YOSHI-HASHI. SANADA had the match in hand, going for his Skull End submission finisher when YOSHI-HASHI slipped out of the hold and rolled up SANADA for the victory. The crowd erupted as YOSHI, who spent the better part of the last few months losing each and every fall, once again reigned supreme of the Ungovernables.

Goto immediately rushed back into the ring to congratulate YOSHI-HASHI in an awesome feel good moment. SANADA pleaded with the referee that he must have gotten his shoulder up, there was no way in hell THAT guy, YOSHI-HASHI beat him on this night. Tremendous stuff, an absolute must-watch. ****¼

All the hand-wringing about New Japan pushing yet another gaijin to the moon while downplaying and ignoring their native talent seems awful silly given what’s occurred in the past few weeks with young Billy Ospreay. After slicing through the last half of the Best of the Super Juniors tournament, Ospreay has had to pay his dues: he lost to KUSHIDA in a match dominated by the junior ace and here, he lost a fall to BUSHI. While I’m often in favor of striking while the iron is hot (as it was with Ospreay during the BOSJ tournament), patience and persistence isn’t a bad plan, particularly when Ospreay is with the company for another year and a half. Having Ospreay get as close to the mountaintop as you can before having to fall down and climb his way back up is a great story and probably better than him merely rising to power immediately. It gives his character depth and allows him to grow and evolve over time.

On this particular night, Ospreay had the flashiness down, even hitting a beautiful Rainmaker-style Spanish Fly mimicking his mentor Okada. However, he took his eye off the prize just a little too much giving Naito and BUSHI the chance to distract the referee and pounce on the youngster. What followed was a beautiful Canadian Destroyer from BUSHI followed up by the MX for the victory. While protected by the distraction (and a shot below the belt), the story was Ospreay having all the glitz and glamour but BUSHI and Naito just be smarter on this night. Fun match but certainly not up to par with the previous encounter. ***1/4 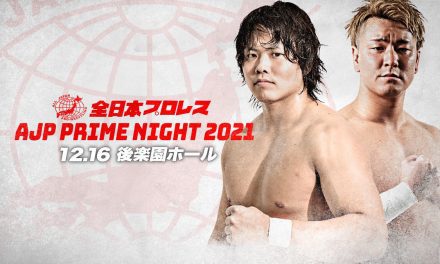 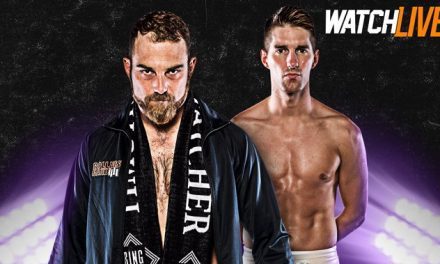 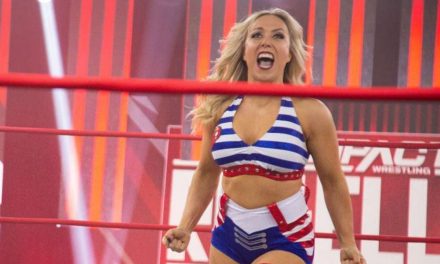