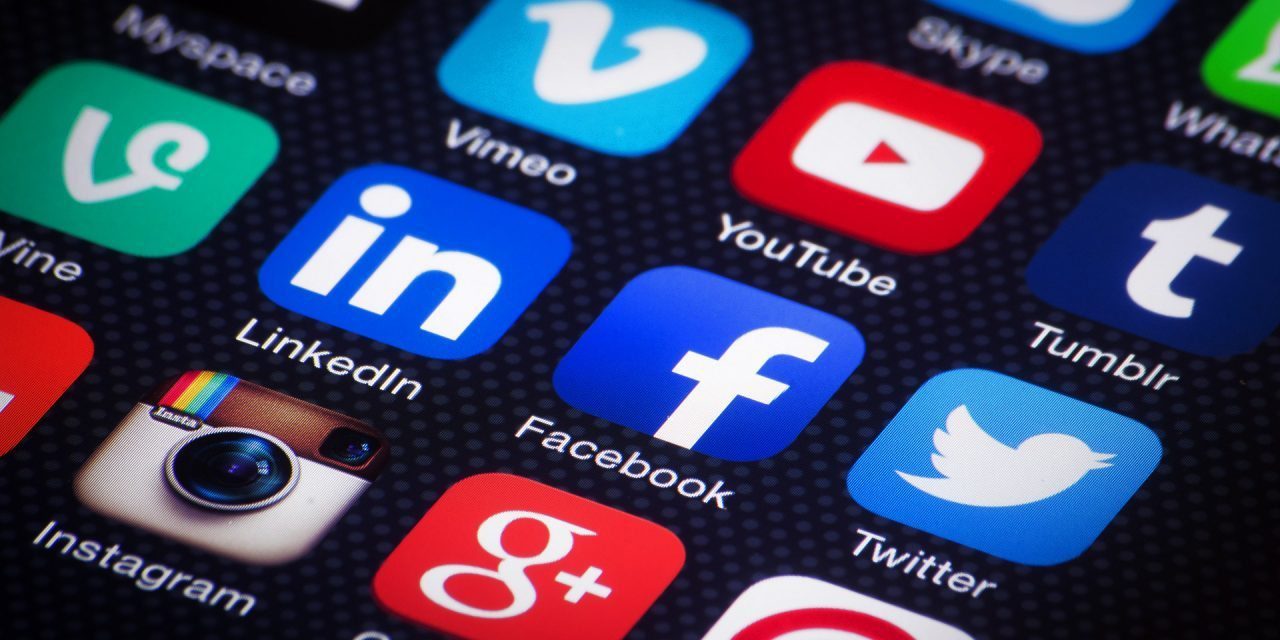 “If entertainment can get more niche, it’s possible that these [small] companies that put this stuff out can stay alive and make money, without having to appeal to ten to twenty million people… I don’t think it’s evil, I just think it’s the way that it works: the only way to get ten to twenty million people all interested in the same thing is to pitch your appeal very, very low.” – David Foster Wallace, 2003

Wallace was referring to literature when he said that thirteen years ago, but similar can be said for the pro wrestling industry today.

The pro wrestling industry has become, at once, more and more global and niche as time has gone on and media has evolved. The internet allowed fans to follow any promotion on Earth; social media continues to make engaging even the smallest promotions from even the most distant regions easier, keeping information and fans more accessible and interconnected.

For small wrestling companies, social media is as indispensable as a weekly television time slot was in the (albeit more lucrative) territory era. So naturally, we might want to count up and compare independent wrestling promotions’ social media followers to get an idea of which are the most popular.

Social media numbers can help give us an idea about popularity, but they have to be taken into account as one part of a total picture that involves information other than social media followers.

In the case of WWE and the “small majors” (Ring of Honor, TNA, Lucha Underground, Global Force Wrestling), there are metrics like television viewership and attendance that can help support conclusions that we’re drawn to make when looking at data like this about how the promotions rank.

In the case of independent promotions, which have no plans to acquire a traditional national TV deal, and whose live attendance is small and almost inextricable, things get more difficult — and more interesting — when it comes to social media stats.

I’ve looked at social media follower totals before. That’s not what I’m looking at this time. It’s important to look at growth over a recent period of time so we can get an idea of which promotions are most relevant. As time goes on, older promotions will have more and more of an advantage when it comes to total follower counts, meanwhile those promotions may not necessarily be the most relevant ones currently. The most significant difference this approach makes is that Chikara still ranks #2 for total followers, and as you can see below, that promotion has been outpaced by several promotions when it comes to social media growth over the last six months — a distinction that better matches at least my intuitions about which promotions have the most buzz.

The ten U.S. independent promotions that made the most social media follower gains from November 2015 to May 2016 were: 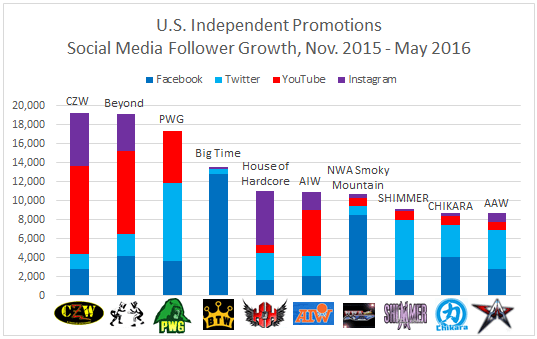 CZW and Beyond Wrestling are virtually tied for the lead. PWG ranks #3 here because it has no official Instagram account. If you take away Instagram, PWG ranks #1. PWG also has the most total followers overall, edging out Chikara (98,118), CZW (97,385) and Beyond (72,741), even when you include Instagram followers for those other promotions. PWG had 100,869 followers across the three platforms it uses.

The Twitter follower increases of AIW, Shimmer, Chikara and AAW are embellished in a way the others are not: they follow about as many users as they are followed by, which is a common strategy for gaining followers. Chikara is the exception as it follows about 19,000 users — still very high, but its follower count is over 41,000. The aforementioned promotions’ Twitter accounts follow tens-of-thousands of users, which must render their Twitter timelines practically useless. Nonetheless, it raises their follower counts, and theoretically, the visibility of their tweets.

Of course, followers on any platform may be manipulated through other means, especially advertising offered on the platforms themselves. (YouTube is probably an exception, though, since it doesn’t offer advertising to its users to promote their channels or videos.) Other imbalances like Big Time Wrestling and NWA Smoky Mountain’s Facebook followers, and House of Hardcore’s Instagram followers seem to suggest they’ve invested significantly in advertising on those platforms.

Evolve fell just short of making the top ten. They gained just 7,076 followers over this period despite their relatively high profile online.

If we just look at the less-manipulated metric, YouTube subscribers, Evolve ranks at #5: 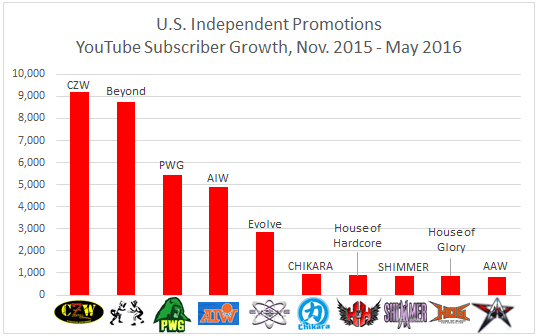 This way of sorting the data gives us a list that better reflects intuitions about what promotions are the “super indies”.

As seen in the first chart, I think again the results here don’t quite capture the buzz around PWG, a company still entrenched in the last vestiges of the DVD business. Their social media numbers are high despite themselves. Meanwhile CZW, Beyond, AIW, Evolve, Chikara and AAW have gotten into the VOD business.

This data tells us, too, who’s overachieving with social media (CZW and Beyond), and who has room for improvement (Evolve and PWG). 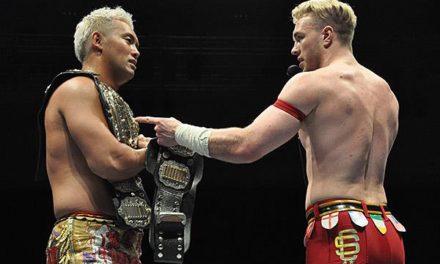