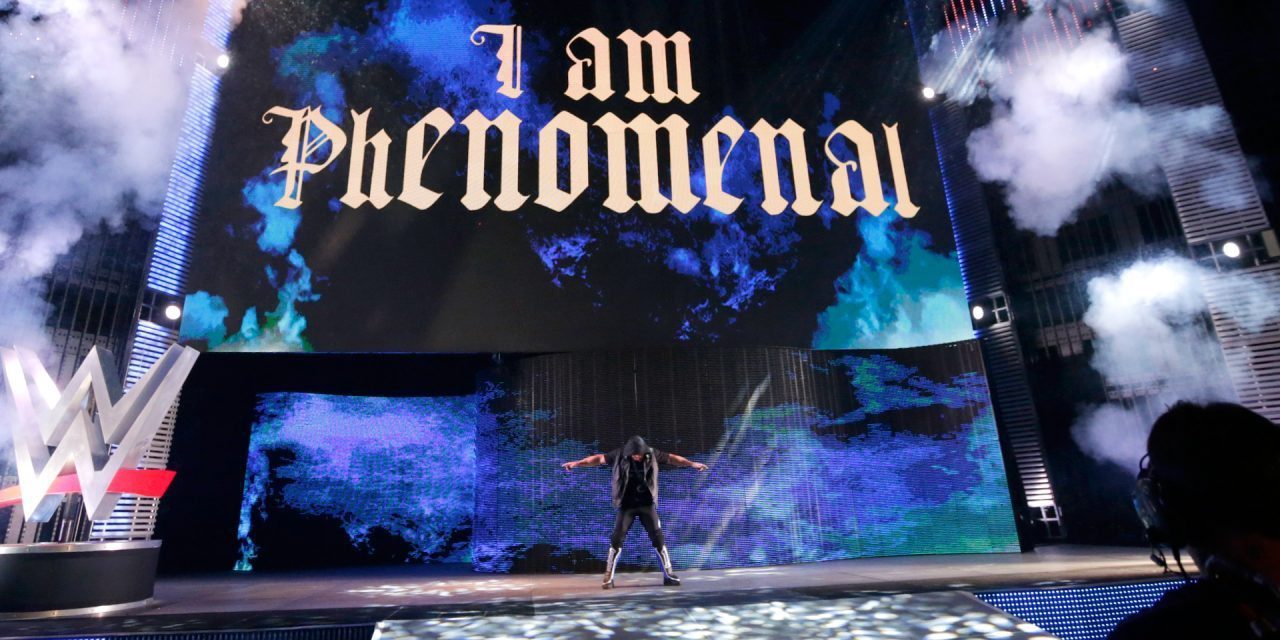 The podcast week in review, brought to you by DDP Yoga (or our Amazon and WWE affiliate links). Also, MackWeldon.com (use our code “VOW” to get 20% off your next Mack Weldon order)

The Tiki Bar #2 (6/18/16): Tama is back with part 2 with Haku (and Fireman Matt), and this one is a bit better as they get into going to Japan, the culture shock, and the hardcore wrestling training. Haku just seems like the coolest dad ever. Short and entertaining show, and I’m curious to see how Tama does with a guest he might not be as familiar with. THUMBS UP

VIP Lounge (6/19/16): Santino Marella talks to MVP and Alex in a lengthy chat, and thankfully he’s not in character this time. Topics include his in-ring retirement from WWE, the story of his debut in Italy, his side of the incident with Jim Cornette in OVW, his facility and thoughts on training, comedy in wrestling, life on the road, pharmaceuticals, and a lot more. This was a lot better than I was expected, and while it’s pretty lengthy it’s worth the time. THUMBS UP

The Card is Going To Change #3 (6/20/16): After discussing various events on their first two shows, for #3 Chandler Biggins and John Thorne run down a list of former AIW alumni and offer thoughts on each, including Sunny, Rob Conway, Seth Rollins, Dean Ambrose, Daniel Bryan, Shane Douglas, Sami Callihan, and Sara Del Ray. There is lots of positivity, but Biggins and Thorne aren’t afraid to be honest about bad dealings (Callihan in particular doesn’t come off well at all). Another fun show with a lot of great stories. THUMBS UP

Steve Austin on the WWE Network (6/20/16): AJ Styles is the latest guest on the Network. He and Austin get into his home life growing up, how he got into wrestling, the latter days of WCW, the “Phenomenal One” nickname, working in TNA and why he left, Japan, his arrival in the WWE and adapting to that style, and a lot more. This goes just under an hour but they cover basically everything you would want, namedropping everyone from Kazuchika Okada to Dan “The Dragon” Wilson. Austin’s best Network outing yet. THUMBS UP

Steve Austin Show #335 (6/21/16): Vince Russo yet again BRO as he and Austin continue their conversation about WWE creative. I swear, this show seems like it was cobbled together from anecdotes from previous shows. Austin told Vince in Lowell, MA he had to let him cut loose! Russo went back in 2002 and there were 20 writers! 10 million people used to watch wrestling on Mondays! No need to listen to this, duh. THUMBS DOWN

MLW Radio #231 (6/21/16): Hey, Konnan’s here, how nice. We get a couple of exclusive bits this week, as Court breaks down just what exactly happened to Paige in Las Vegas, and MSL reveals Ricochet has a 300K offer from Lucha Underground (which Rico has denied, for what it’s worth). Besides that they talk Roman’s suspension, the Cruiserweight Classic, Andrade Almas’ NXT debut, AAA in Columbia, the Classic Revolution Wrestling (remember them?) and more. The usual fun chat with some scoops to boot.  THUMBS UP

Bret Hart Radio #5 (6/21/16): Bret and company are on top of things, as they talk about the Roman Reigns suspension and Bret’s own experiences with drug testing. They also touch on Natalya’s heel turn (of course) and whether Kurt Angle should return to the WWE. Then UFC fighter and pro wrestler Josh Barnett shows up to discuss realism in pro wrestling (which is right up Bret’s alley) and memories of Karl Gotch. Enjoyable little show. THUMBS UP

The Ross Report #123 (6/21/16): No to waste, as JR immediately welcomes Jason Powell to the show. They do a quick overview of Money in the Bank, thankfully not going match by match. This allows them plenty of time to cover topics like the brand split, Jerry Lawler’s legal woes, Brock Lesnar in UFC, TNA’s creative upswing, and ROH’s upcoming PPV. Powell makes a good guest, and he goes pretty hard at ROH creative for underachieving. Of course, he also thinks the WWE should bring back Matt Morgan. Nobody’s perfect. The only downside is that Roman Reigns suspension isn’t touched out, which renders some of the discussion moot. [Powell’s interview starts at 0:58] THUMBS UP

Talk is Jericho #258 (6/22/16): Jericho talks to author Andrea Perron, who grew up in a haunted farmhouse that inspired The Conjuring. They get pretty in depth in her experiences on the farm, what was different about the film, her trepidation on the original director, her feud with the woman who know owns the farm, and more. I’m not into paranormal stuff and have never seen the movie, so a lot of the talk went over my head, but I can’t say it was boring. Paranormal/horror officianados will likely eat it up. [Perron’s interview starts at 3:40] THUMBS IN THE MIDDLE

Art of Wrestling #306 (6/23/16): Colt has released another set of Pro Wrestling Fringe episodes, one of which is presented here for free. This one centers on famed British wrestler Les Kellett and his unique comic style, with John Lister showing up to pitch in. It’s a short outing (the episode goes 21 minutes total, a bit shorter minus the intro), but it was interesting and I felt like I learned something. THUMBS UP

The Steve Austin Show – Unleashed! #336 (6/23/16): Bill Goldberg is here for part one of a two-parter. He and Austin discuss transitioning to wrestling after football, negotiating in WCW, the infamous Nitro match with William Regal, the time he got knocked out against Dallas Page, politics (real world and backstage), why he left wrestling and some more. Nothing terribly revelatory here, and I forgot how much of a complainer Goldberg can be on podcasts. THUMBS DOWN

Jim Cornette Experience #134 (6/23/16): A lengthy intro sees Jim reading some fan and hate mail in regards to last week’s show, as well as breaking down the Revival/American Alpha match from the last Takeover, which is Jim at his audio peak. Jim Ross shows up to plug his current projects and talk current wrestling, which doesn’t make for the best listen. Thankfully, the last half hour is dedicated to Mid-South Wrestling, including topics like talent losses and bookers like Ken Mantell and Bill Dundee. [Ross’ interview starts at 36:59] THUMBS IN THE MIDDLE

Marty & Sarah Love Wrestling #2 (6/23/16): Marty and Sarah talk Dean Ambrose’s big title win, Marty meeting Scott Hall, Money in the Bank, Swerved, NXT, and play F/M/K with Monday Night Wars luminaries. There are a lot of other nonsense and wrestler voices in there too. The show remains far too twee for my tastes. This one might not be long for the column. THUMBS DOWN

Bauer & Pollock (6/24/16): B&P are here to discuss Roman Reigns suspension and the plan to headline Battleground, the July 19th draft, Kurt Angle possibly returning (and the breaking news that he ultimately isn’t), WWE doubling up on PPV’s, Money in the Bank and it’s long runtime, Roderick Strong and Moose’s collective futures, The Rock once looking at doing MMA, CM Pun finally fighting, the Paige incident in Las Vegas, and more. Not a super show, since most of these topics had been covered to death. THUMBS IN THE MIDDLE

Talk is Jericho #259 (6/24/16): Jericho sits down with Sandra Toffolini, the sister of Nancy Benoit, to discuss the tragedy on its 9th anniversary. She talks about her sister, Kevin Sullivan, getting to know Chris, when things started getting bad, being allowed in the house by the police, the media blitz that ensued, and trying to find answers all these years later. This is not an easy listen, but it’s an important one – it puts human faces on a terrible tragedy. [Toffolini’s interview starts at 7:11] THUMBS UP & BEST OF THE WEEK

MSL & Sullivan Show (6/24/16): A bit of a switch, as current events are largely eschewed in favor of general topics like comparing the EU to the NWA, and the intricacies or booking someone like Sid Vicious. No Nitro review, as the remainder of the show is a maibag dedicated to topics like secondary titles, an old angle with Bob Roop, scaffold matches, DDP as Lord of the Ring, the potential return of WCW, Gypsy Joe, the Miz, death matches, and more. Good stuff. THUMBS UP

Bret Hart Radio #6 (6/24/16): Bret stumps for the Hart Foundation in the WWF Hall of Fame (and a lot of other wrestlers, to be fair) and everyone breaks down the classic Bret/1-2-3 Kid title match from Raw. Josh Barnett is back for part #2, talking more about realism in wrestling, Brock Lesnar returning to the UFC , and the possible UFC sale (and if the WWE would ever follow suit). Bret remembers Sensational Sherri and gets mad at the guy who tried to kill Trump for failing to get the job done (oof).  Besides that, it’s a nice little show, and while I still preferred the old format, the new one is shaping up fairly well. THUMBS UP 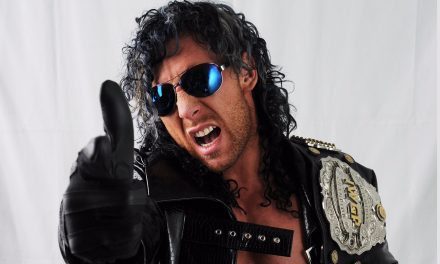