WrestleMania 32 was designed to be a watershed moment for WWE’s brand of women’s wrestling. In the wake of the well-intentioned but feebly executed Diva’s Revolution angle, the diva identifier was officially erased from WWE’s lexicon; a newly minted Women’s Championship brought forth in favor of the infamous butterfly belt established in 2008. More important than verbiage, WWE began a focused campaign to present its’ female athletes as principal players within the WWE universe. Decades of one-dimensional stories and the overt exploitation of the female figure were correctly replaced with a troupe of unique reality-based characters complimented by compelling stories.

The triple threat match between Charlotte, Sasha Banks and Becky Lynch expertly represented the shift in philosophy originally cultivated in NXT before properly migrating to the main roster. Crisp storytelling, intriguing character development and a stellar work rate exhibited by each of the participants culminated in what was arguably the most significant women’s match to ever take place under the WWE banner.

It’s safe to say the days of throwaway cool down matches and stereotypical mean girl character types will remain a thing of the past; society alone will not allow such a regression to speak nothing of the talent pool WWE currently employs. But just two months removed from WrestleMania 32, the focused sense of urgency that facilitated such drastic change appears to be rapidly evaporating as a Mission Accomplished banner hangs from the laurel tree outside the writer’s room. The all too familiar combination of lazy booking and structurally unsound storytelling has begun to infect the division from the top down.

Heading into WWE Payback Charlotte was among the top heel characters on the roster. Her obnoxious sense of entitlement combined with the right dose of the genetic superiority gimmick from her NXT run made it easy to hate the character, this despite the inclination to cheer for the legend by her side. Unfortunately, her post-WrestleMania program with Natalya failed to maintain that heat as the character was gradually turned from a credible champion heel into a cliché vulnerable champion-type character.

The Payback angle involving Bret Hart and Ric Flair incorrectly took the focus away from the Women’s title in favor of a lesser story centered on two of pro wrestling’s most infamous families. Just weeks after the high profile program at WrestleMania, WWE sent a subtle message that it’s Women’s Division was not strong enough to stand on its’ own merits.

As the program built to Extreme Rules the focus continued to gravitate towards Flair and away from the actual champion. Unlike the WrestleMania build, Charlotte was booked from a position of weakness rather than being presented as someone with championship caliber talent. A surprising twist allowed her to break free of the damaging label when she rebuked her father’s involvement in her career and unceremoniously sent him packing. The edgy Raw promo rekindled Charlotte’s heat before she inexplicably walked her comments back two weeks later; an odd reversal that seemed to be in response to nonexistent assertions that some sort of creative boundary had been breached.

The decision to transform Charlotte into a smarmy heel must be reversed quickly as it fails to utilize her skill set that made the character successful both in NXT and following her heel turn on the main roster respectively.

Becky Lynch is a prototypical fiery babyface (no pun intended) with the perfect combination of athleticism and charisma. The character enjoys a steady connection with the audience but suffers from a glaring lack of substance. The proverbial whipping boy (or should I say, whipping lass) of the division, Lynch has yet to shine at the conclusion of a program since her call up last year.

On the heels of the Team PCB break up (Rest in Peace…ok, not really) Lynch established herself as a force to be reckoned with after cutting an impassioned promo identifying herself as a fierce competitor unafraid to go at it on her own.  A strong program with Charlotte that culminated at Royal Rumble led her straight through to WrestleMania, where she played the role of determined babyface seeking to right the wrongs perpetrated against her.

Since WrestleMania her television presence has been wildly inconsistent, making it difficult to view the character as anything but a device to advance more important stories; a woefully incompetent application of her talents. More destructive than the character’s inability to shine is her propensity to align with those who cannot be trusted, which makes her appear foolish (AKA Sting Syndrome).

Lynch is clearly being booked in the same fashion as Bayley leading up to her eventual championship victory at NXT Brooklyn (whether or not the end game is the same is unclear). Unlike Bayley, however, the creative direction of Lynch’s character does not match the persona Lynch portrays; Bayley was a clear underdog character, Lynch is not.

Is Sasha Banks a babyface or a heel? She returned to Raw this week to confront Charlotte after an extended injury, but we’ve seen that exact confrontation take place prior to WrestleMania with Banks remaining true to her heel persona. Admittedly, it’s likely the character has returned as a fresh babyface; it would be foolish to ignore the ‘We Want Sasha’ chants any longer.

The next eight weeks of television are incredibly important for Banks’ character. Amidst speculation that she has been tagged with the deadly injury-prone label it is hardly a given that she has been earmarked as the one to dethrone Charlotte, but that is exactly what needs to occur. If she is presented from a position of strength between now and WWE Battleground it’s likely a Summer Slam championship angle will take place. The failure to do so would prove she is not viewed as the right person; a deadly misstep whatever the reasoning.

In many ways Banks is the face of WWE’s women’s wrestling revitalization. Her epic matches in NXT have been labeled as instant classics; even the portion of the main roster fanbase that does not follow NXT is aware of her as though they did. As talented as the collective group of current female talent certainly is, Banks is a step above them all in terms of a potential transcending talent. Banks’ Boss persona is easily the most realistic representation of modern times by any character under the WWE roster, male or female. She represents the opportunity to take the division to the next level as we inch closer to the brand split if given the opportunity and the proper creative direction.

The ball is in your court WWE…make a move.

With the departure of the Bella twins, Natalya is the most prominent member of the current roster to make the transition from the Diva era to the new Women’s era. That said, 2016 has been a stellar year for Natalya in terms of prominence on the card  and the audience’s willingness to accept her character; she is no longer being wasted in the ‘talented worker we can use to put others over’ roll, but rather has a creative direction all her own. But therein lies the issue.

Like Charlotte, Natalya suffered greatly from the shadows cast by Flair and Hart as the most recent championship angle progressed. Like Becky, she came out of the storyline having lost much of her momentum after failing to seal the deal in multiple championship opportunities.

Natalya’s heel turn this week on Raw may be just what the doctor ordered. Her babyface character came off as hokey at times and allowed the character to be blended into the Hart family dynamic that was mostly unnecessary. Whether or not her heel turn was a random swerve to create roster balance (in light of Banks returning to the mix) or a natural progression of her character based on a clear creative direction remains to be seen.

If Jim Neidhart shows up on Raw, the answer will be clear.

Remember Paige? Apparent Vince McMahon remembered her a few weeks ago when she randomly showed up for a cold match against Charlotte only to walk away with a win. Since WrestleMania Paige has lacked a substantive television presence, but unlike Becky Lynch’s scenario that was actually for the better.

The latter half of 2015 and the beginning of 2016 was not kind to Paige; she made up quite a bit of ground on Big Show and Mark Henry in the, Most Character Turns in One Career race, which is saying something considering she’s inhabited the main roster for less than five years.  The time outside of the spotlight was much needed to wipe the slate clean and effectively begin anew.

Whether her character is designated as a babyface or a heel is inconsequential, her talents on the microphone and in the ring are more than sufficient to make either role work. More important than her character-type is the need for creative consistency. Should the character continue to waffle back and forth the audience will soon become disinterested again, which would certainly inflict irreparable harm moving forward.

The upcoming brand split serves as the perfect device to execute a much needed realignment in Women’s Division. WWE has shown the ability to create concise stories when the division is pushed to the top of the priority list; it needs to get there again. Catching up with the times (two decades late) in terms of character presentation is not enough on its own – a strong creative commitment is required. New characters like Dana Brooke and other NXT stalwarts like Bayley and Asuka, who are likely to receive a call up in the near future, can become valuable assets to the growing division if presented correctly. They can just as easily become empty characters fighting for a hollow championship by year’s end. 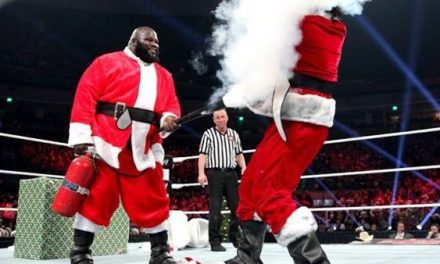 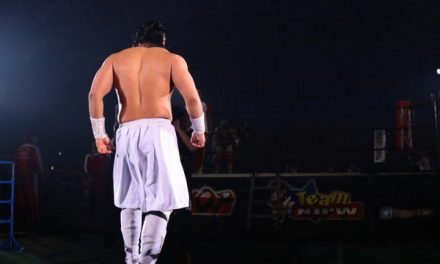 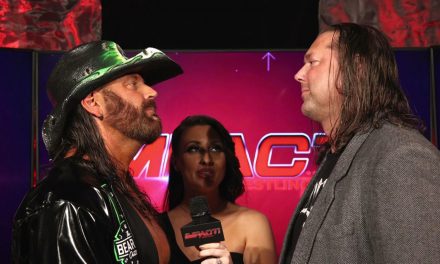