Next Year was Sunday: Wrestling and Cleveland Sports 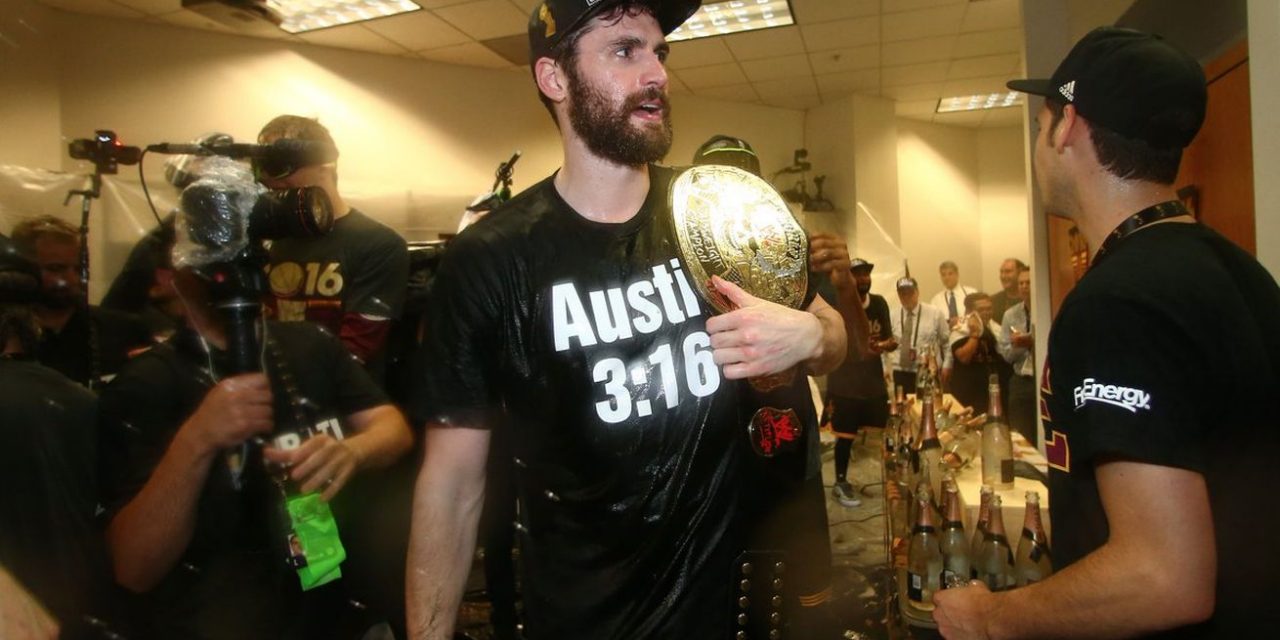 If you’ve read my column here or elsewhere, you know the basic premise: I look back to a moment in wrestling, a live event, and try desperately to wistfully recall the little events that shaped who I was at that time. Usually a girl is involved, or one of my friends, or a road trip of some sort. I review a match and sum it all up and hit the publish button and hope to god that people read it and have some sort of emotional response.

I know people don’t look at wrestling the same way I do. I know there are people out there who write about wrestling in more powerful, thought provoking ways than me. I keep writing down words because for me, and I think for some of you, wrestling is tied to our very core. Wrestling is a constant, a family member. A baby sitter. A shoulder to cry on. A time line. Wrestling is different things for different people, but we can all think back to a moment where we lost ourselves in the show, for a brief second, long after kayfabe was personally shattered for us. Where we got caught up and put down our phone and stopped talking and screamed and jumped up and down and turned to the stranger next to us and said oh man I thought he had him.

On Sunday, for the first time in my life, a sports team that I grew up rooting for won a championship. This probably isn’t the place to pontificate on what this means to me, or the city of Cleveland. When it happened, I hugged my brother and father, whom I was visiting for Father’s Day. I got in my car and drove three and half hours back to my house, and at two in the morning I opened twitter and read back for hours, and drank a solitary beer and glass or two of whiskey as a late, personal celebration. I smiled and tried to write about it and couldn’t find any words that seemed interesting because there was no conflict, it was pure undistilled elation, a weight lifted, a feeling unrepeatable.

As the moment faded and perspective crept in, I started to think back to the years where they had fallen short. 2007, when a young LeBron James led an overmatched team to the NBA Finals only to lose to the San Antonio Spurs. We thought of it as a valuable learning experience, confident that they would be back. It wasn’t to be.

Every year, they would fall short, frustration and pressure mounted, and eventually led to a young man from Akron, Ohio doing what lots of talented young Midwesterners end up doing. Before that happened, I would watch the last Cleveland Cavaliers game of the season, sometimes alone, sometimes with friends, and I’d watch for a bit and see the ebullience of the other team. I’d be upset, I’d be despondent. There was very little to cheer me up, but I’d always find myself going back to wrestling right after, watching DVDs and YouTube videos of my favorite moments. Replicating that electricity when a result came down that I was actively wishing for. There is no feeling like having the ego to convince yourself, however briefly, that your words of encouragement, your cheering was in some small part responsible for the outcome, as if you personally willed another man to victory.

The moment it happens there is a release, an outpouring, and a collapse in to relief. A mix between belong to something, being a part of it, and then pride in someone else’s accomplishment. It was a poor substitute, but it was all I had, and for those lean, depressing years, it was enough to get me through, to give me the rush, the taste. What will this actually feel like, I’d wonder. It has to be like this times a thousand. It has to be.

The year the Boston Celtics won the NBA championship, I was in New Hampshire. I had moved there for a summer job, and I’d been there less than a week when the Cavaliers and Celtics had a Game 7. I found some local bar and watched and supported the Cavs with the boisterousness of a man not yet 25. I was gracious in defeat and bought the table next to me a round for putting up with me, and the told me with straight faces that if the Cavs had won they were going to jump me in the parking lot. I laughed and they didn’t and I got home and sulked, away from Cleveland for the first time, knowing no one. I called people who didn’t pick up their phones and I went down stairs with a bottle of whiskey and shared enough alcohol that people let me put on El Hijo del Santo matches and movies.

No one was really paying attention, and there was music playing over top of everything, and a there was a table playing spades in the corner, but the experience felt unifying in a way that made me fall asleep that night in a better place than I woke up. I would take on tomorrow with a hangover, but with people by my side who had shared with me a night, had seen me looking longingly at Santo vanquishing his foes, dispensing chaste justice and riding forever in to the sunset, forever toward another match, another bout with evil. Through that afternoon’s loss, that desperate search for feeling, I found the start of a home, the seeds of friendship and camaraderie.

This year, finally, I did not have to simulate the feeling. I finally had the real thing.

Truthfully, I almost missed my little ritual of finding solace in professional wrestling. I did find some strange serendipity in this year’s finals, however, when LeBron James practiced for the games in an Undertaker shirt, and wore an Ultimate Warrior shirt to the first team celebration today. I’ll never have anything in common with LeBron James, aside from growing up in the same general vicinity and being the same age. Even so, seeing him wear old school wrestling shirts, looking to them for some meaning and inspiration, made me feel no small amount of kinship to him. I imagined him, in his moments of self doubt after another loss, finding some meaning and reflection in watching wrestling, and feeling like a kid again, when he didn’t have to worry about things like his legacy.

Maybe it inspired him in no small way, remembering when he played simply for the love of the game. Maybe he would take inspiration from the moments of men like the Undertaker, forever rising from the dead, forever defending his yard. This year it worked. I’m glad it did. I hope it does again. If not, maybe I can give LeBron some suggestions for newer inspiration. Maybe next year we can get LeBron to watch Necro vs. Joe and just kick out of fucking everything that people throw at him before chasing off the entire opposing team, swinging wildly. 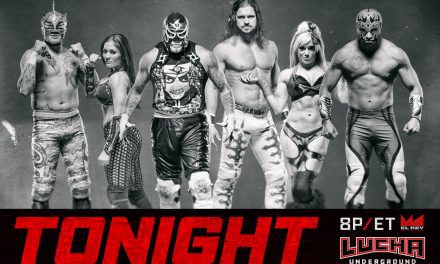