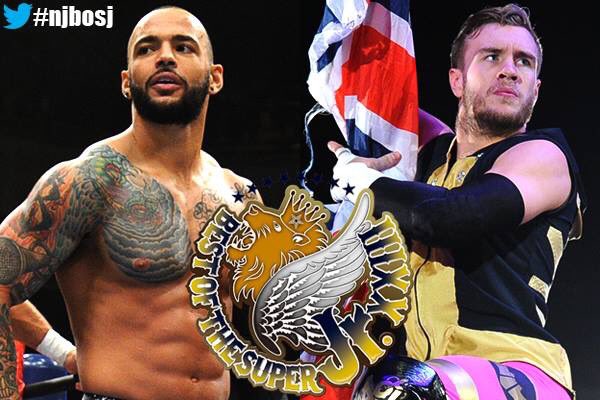 May had the unfortunate position of following a blockbuster April that included an all-time great WrestleMania weekend, but that is not to say that May didn’t put up a fight. Last month had multiple matches that will end up on Match of the Year ballots, including one that will likely crack the overall Top 10 in the VOW MOTY polls.

Match of the Month:

The Build: This match pitted the best high flyer of the last five years vs. the best high flyer of today. This was the fourth encounter between these men, the most recent being this past WrestleMania weekend in the main event of EVOLVE 59, and the other two occurring in RevPro UK in 2013 and 2015. At EVOLVE 59, Ricochet and Ospreay tore the house down at Eddie Dean’s Ranch in Dallas, Texas in a unique high flying match that never left the actual ring itself. This match took that action to the famous Korakuen Hall in Tokyo, Japan for Ospreay’s first ever main event in NJPW.

The Match: What is now known as “THE MATCH” earned that moniker by transcending Puroresu and transcending pro wrestling from a worldwide standpoint. The thought that Ospreay and Ricochet wrestling in Korakuen Hall would make it onto an ESPN show’s segment was unfathomable prior to this match taking place. The gif makers on Twitter had a field day and received record numbers of retweets. This was the talk of the wrestling world. From Vader’s tweets to Steve Austin’s podcast to Jim Cornette’s podcast, it was harder to find a place in the wrestling business that wasn’t talking about this match in opposition to the number of outlets covering it. What Ospreay and Ricochet accomplished on that day forever cemented themselves in New Japan’s history by having a match that no one who watched it live will ever forget. I had just gotten off work and turned on New Japan World just as the prior match was finishing. With a bowl of potato salad in my lap and cup of old iced coffee in my hand I witnessed one of the most incredible displays of pro wrestling I have ever watched live, and I’ll never forget where I was when Ospreay defeated Ricochet in Korakuen Hall in the 2016 BOSJ tournament.

The Voting: THE MATCH was firmly planted in the number one position from the moment voting started and finished in dominating fashion. Ospreay/Ricochet was the talk of the wrestling world from pundits, former wrestlers, current wrestlers and fans worldwide. There was no way this match wasn’t finishing first and will most likely finish Top 10 in the VOW Match of the Year polls, if not Top 5.

The Build: The finals of the 2015 edition of the Best of the Super Juniors tournament gave us KUSHIDA defeating O’Reilly to win the tournament on his path to becoming the ACE of the NJPW Junior heavyweight division. The first main event of this year’s tournament gave us the rematch.

The Match: These two have the perfect blend of the hybrid style between pro wrestler and MMA fighter. That blend creates this incredible chemistry with each that makes for surefire great matches every time out.

This match had unique submission holds and transitions/counters into more submission holds. The spot of the tournament before THE MATCH occurred was when O’Reilly lunged knee first at KUSHIDA off of the apron as KUSHIDA was seated on a chair only to leap at the most perfect moment to counter O’Reilly into a cross arm breaker.

KUSHIDA took a few losses in this tournament to set up future challengers and this match was what kicked it all off when O’Reilly defeated KUSHIDA to continue the rivalry.

The Voting: The buzz of this year’s BOSJ tournament took off after this match from the first night was over. KUSHIDA and O’Reilly set the bar high for the tournament and the only match to top it was our first place match. This match stayed at number two for the duration of the voting and will be seen on a lot of people’s MOTY ballots.

The Build: Los Ingobernables de Japón and CHAOS began their faction war at the New Japan Cup. Naito ran through CHAOS throughout that tournament including defeating Ishii. Naito then went on to defeat the leader of CHAOS, Kazuchika Okada, for the IWGP Championship at Invasion Attack in April. Much to the chagrin of Naito, Ishii was given the first opportunity to challenge Naito for his newly won championship despite having defeated him the previous month.

The Match: Anytime a wrestler goes into a match with no shot to win, but still makes you leap off of your couch with each near fall they’re doing something magical. Ishii did just that here. There is no one in this planet that sells the damage from a war better than Ishii. And when you have the ultimate bad ass in Ishii losing to your top champion it creates instant credibility for that champion. Ishii is an incredible wrestler and gave Naito a credible first title defense. Naito’s non-chalant, yet vicious offense continues to pave anarchy and turmoil in its wake, and this match proves that Los Ingobernables de Japón are the superior faction to CHAOS. Ishii’s CHAOS brethren were able to fend off the inevitable interference from LIdJ, but Naito still ended up with the victory.

The Voting: Naito and Ishii won MOTM in March for their match in the New Japan Cup, so a re-match that was better and for higher stakes would no doubt take home first again, right? Well, it would’ve if our first matches weren’t lighting the internet on fire. This match had a pretty large lead in H2H voting over 4th and 5th place, but couldn’t overcome the hype of the BOSJ standouts.

The Build: Reigns and Styles wrestled three weeks earlier at Payback, in a match that originally ended in a DQ and again in a count out until Shane and Stephanie McMahon restarted the match a third time to ensure the match would only end in pinfall or submission. After Reigns was finally able to put Styles away, Shane and Stephanie decided they would wrestle in an Extreme Rules match at the PPV of the same name.

This match also included the moral dilemma facing Styles that would force him to make the choice between accepting Luke Gallows and Karl Anderson’s help to win the WWE Championship or to try to win the title in a more noble way.

The Match: AJ Styles came to WWE on the heels of a monumental two year run in NJPW, where Styles had the best résumé of matches in the world. Styles’ first four months in WWE were spent having 3 – 3 ¾ star matches, never quite find the groove he’s been riding for the last 14 years of incredible matches. He found that groove at Payback 2016 when Styles carried Reigns to one of the best matches of Reigns’ career. Styles did it again, three weeks later, at Extreme Rules when he worked his butt off pulling out innovative spot after innovative spot. Styles is the kind of wrestler who makes his opponents better coming out of their match, and that is the impact Styles will ultimately have on the WWE roster.

This match had interference spots from the Bloodline and the Club, but neither directly affected the finish, which is always a good thing. Styles ended up going for the Phenomenal Forearm one too many times and Reigns countered it into a big Spear for the win.

The Voting: Reigns vs. Styles II finished with almost a full 19% lead on their initial encounter in H2H voting. You won’t see matches split votes in this voting format, but I fully expect these two matches to split votes in the VOW MOTY poll.

The Build: Three weeks before, at the Payback PPV, Zayn and Owens continued their long feud that has now crossed over a handful of different promotions by wrestling their first 1-on-1 match against each other on the WWE main roster. After Owens cleanly defeated Zayn, he went to the commentary table to commentate on the following match that featured The Miz defending his Intercontinental Championship against Cesaro. Before the match was over Zayn came out and attacked Owens intertwining these four men in a feud that surrounded the IC title.

The Match: This match started off with an opening few minutes that lead us all to believe this was going to be the usual WWE multi-man match that only has two men in the ring at a time while the others rested on the outside. This was forgivable because the two men in the ring, Zayn and Cesaro, had a very memorable exchange.

What followed after those opening minutes was an incredible multi-man match that used plenty of creative and fun spots that had the crowd ooh-ing and ah-ing throughout. The finish that advanced Zayn’s hatred for Owens, ultimately clouding Zayn’s awareness and costing him the match.

The Voting: This match battled for the fifth spot with the Dragon Gate “Dead or Alive” Cage Match and Chris Hero vs. Zack Sabre Jr. from EVOLVE. I, personally, had this match ahead of the DG and EVOLVE matches, so the voting here made sense to me.

MOTM MVP for May: KUSHIDA

I’m giving KUSHIDA the MVP this month for having a great inter-generational match with Liger at Wrestling Dontaku to solidify him as the ACE of the Junior Heavyweight Division and followed it up with a great encounter vs. O’Reilly in the opening night of the BOSJ. There wasn’t a clear cut runaway this month, but KUSHIDA wins with two high profile bouts that he more than delivered in.

Everything Elite 81: Fight for the Fallen! ELITE OR DELETE! The Demo God! and More! 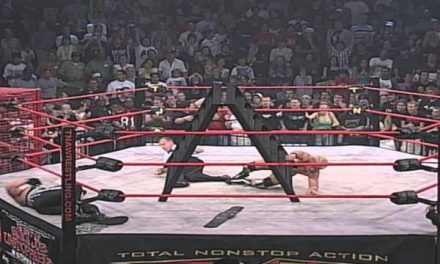 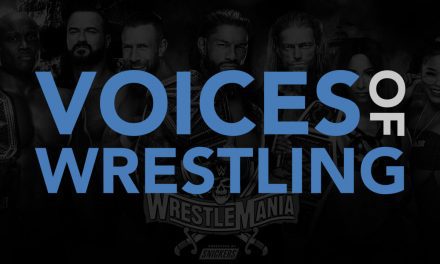