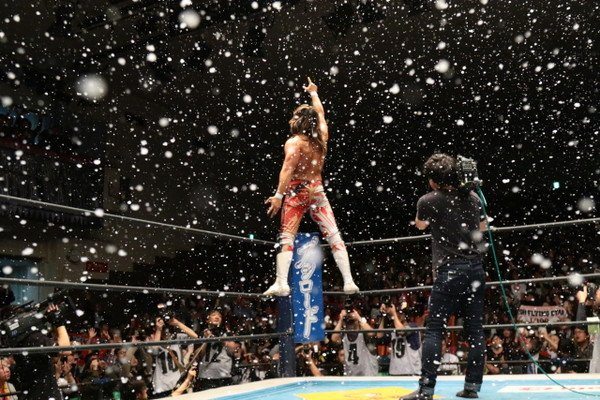 Hiroshi Tanahashi is taking a little day off from the wrestling ring. Instead of impersonating Abe Froman, the “Sausage King of Chicago,” or lipsyncing “Twist and Shout” on a parade float, Tanahashi’s day off is a bit more serious in nature. And it’s lasting quite longer than a day.

Over the past few months, Tanahashi has been embroiled in a feud with Bullet Club leader Kenny Omega. Omega defeated Tanahashi at The New Beginning in Niigata back in February to win the vacant IWGP Intercontinental Championship and the two have been fighting ever since. The feud has brought in some ancillary players—Michael Elgin and Yoshitatsu for Tanahashi, The Young Bucks for Omega—but the core battle has always been between the “Once in a Century Talent” and “The Cleaner.”

After a series of matches for the NEVER Openweight Six-Man Tag Team Championship, Tanahashi decided enough was enough. He wanted Omega one-on-one, one more time, for the Intercontinental belt. Omega initially refused, but Tanahashi’s repeated requests finally caused the champion to agree to a rematch… on one condition. On June 19th at New Japan’s upcoming annual Dominion show, it would be Kenny Omega vs. Hiroshi Tanahashi for the IWGP Intercontinental Championship in the first ever ladder match in the company’s history. Tanahashi agreed. There is just one problem: Tanahashi is injured.

Tanahashi’s left shoulder is in bad shape. He explains the origins of his injury and just how bad it is in an interview on New Japan World (Credit to @e_key_oide for the translations):

“How’s my arm? I can’t use it at all, not even to lift up a water bottle. It just hurts too much. I haven’t even done any weight training since I got hurt. This all started in Jan. at Fantasticamania, when I dislocated my right shoulder. I ended up relying on my left shoulder a lot, and all the little injuries that I got since then just stacked up. I managed to get by until now, when it all came to a head. I feel a bit of responsibility, that I couldn’t manage my own physical condition and ended up having to take time off.”

And take time off he did. On the first night of the recent Best of the Super Juniors tour, Omega and the rest of Bullet Club attacked Tanahashi’s shoulder, giving Tanahashi an out from his subsequent matches on the tour and allowing him time to heal.

Unfortunately, time was not on Tanahashi’s side because the severity of his injury is such that he had to make a choice:

With my match set for the Osaka-jo Hall show, I felt like I finally got a chance. While I’d like to make it back by then, my options now are to do that, or take more time off so I can enter the G1.

A few days later at one of the Best of the Super Junior shows, Tanahashi came to the ring and made his decision:

He'll be focusing on rehabilitating for the G1. #njbosj #njpwworld

Tana "Yesterday, I was diagnosed as requiring 2 months to heal. My arm won't move, so I won't be able to make it to Osaka." #njbosj

Tanahashi is no longer part of the ladder match at Dominion. Michael Elgin, Tanahashi’s regular tag partner, has been scheduled to take his place.

But let’s look at the bigger picture. Let’s look at Tanahashi and his relationship with the upcoming G1 Climax in July. There are a lot of questions surrounding it: How will Tanahashi’s injury affect him in regards to New Japan’s biggest tournament of the year? Can he come back to the active roster in time? How healthy will he be? How will this impact his match output? And does he risk re-injuring himself given the high intensity matches that Tanahashi typically has in the G1?

If there is one thing that I know for certain, it’s that I should never doubt Hiroshi Tanahashi’s desire to be the best wrestler in the world. “Burn My All Energy” is not just a grammatically incorrect sentence found on Tanahashi’s entrance video. It’s his mission statement. When Tanahashi is put into a big time situation, when he’s wrestling a match that truly counts—an IWGP Championship match, a G1 Climax tournament match, a big feud-ending match—Tanahashi is going to give it 110%. He’s going to go out there and do everything that he can to put on the best match of the night and prove that the moniker “Once in a Century Talent” is not hyperbole. If Tanahashi has to put his body on the line in 20- or 30-minute matches to do so, by god he’ll do it. Even when he’s hurt, Tanahashi will tough it out for the sake of the match.

This injury is significant, however:

“I haven’t missed an entire series since…2009 or 2010, maybe? When I got put on the shelf because of an eye injury [ED: 8/17/2009, when right orbital medial wall fracture forced Tana to undergo surgery & vacate the IWGP Heavyweight Title].”

This is the first time Tanahashi has missed a tour in almost seven years. It truly underlines the severity of his injury. With that in mind, let’s say that Tanahashi does indeed make it back in time for this year’s G1 Climax, which begins on July 18. We know from history that Tanahashi is not the kind of guy that takes it easy in the G1. He puts on his big match hat and wrestles like there is no tomorrow. But will his shoulder allow him to do so? Can he maintain the high standard of match that we’ve come to expect from him in the G1?

So many questions and they all lead up to the biggest one of them all: How much longer can Tanahashi keep this up? Tanahashi is going to be 40 in November. He’s nearing the hump. Sooner or later, there will come a day when Tanahashi wants to maintain his high work ethic, but his body will not let him. And on that day, Tanahashi will have a choice to make: He can either keep going and wrestle in the shadow of his former self, or he can recognize that his time is done and hang up the boots.

I’ve seen what it’s like to make that kind of choice. My dad is Jordan Rich and for the past twenty years, he has hosted the Jordan Rich Show, a weekly talk radio show that airs on Friday and Saturday nights on WBZ NewsRadio 1030 in Boston. The show begins at midnight and goes into the wee small hours of the morning. You won’t be hearing him on the air for much longer, though. After twenty years as the voice of WBZ’s weekend overnights and almost forty years as a professional on-air broadcaster, my dad is hanging up the headphones. He’s retiring from his show, which he formally announced to the audience almost a month ago.

“I’m tired,” my dad told me a few weeks prior. “It’s not that I don’t love doing the show anymore. I’m just tired.” I understood. He’s almost sixty, and in addition to rarely taking a weekend off from his show, he has his own voiceover company and works as an occasional MC for events in and around Boston.

My dad is stepping away from doing what he loves because he’s come to the realization that he has reached his limits. He doesn’t want to be the broken old man who doesn’t know when his time is up. My dad wants to leave while he’s on top, primarily to spend more time with his family. He’s hit the wall.

Part of me wants Tanahashi to go on forever. Part of me wants him to put on these A+ matches for my personal enjoyment, even to the detriment of his own health. Damn the wall, just climb over and hit another High Fly Flow. But another part of me wants Tanahashi to be more like my dad; to one day come to the realization that he can just stop. If Tanahashi gets tired and wants to leave on top, if he wants to leave before he becomes a husk of his former glorious self, well then thank you Hiroshi Tanahashi. Thank you for all those wonderful years of pro wrestling.

But let’s be real: Hiroshi Tanahashi is not my dad. Hiroshi Tanahashi is a professional wrestler. And professional wrestlers are stubborn motherfuckers. There is no doubt in my mind that Tanahashi is absolutely determined to be in the G1 Climax. Even though he has stated that he doesn’t want to come back unless he’s 100%, this is Hiroshi Tanahashi we are talking about. The man wants to be the best, he needs it. He feeds off the pulse of the crowd, determined to enthrall them and prove the world over that he is indeed better than Okada, better than Naito, better than everyone. Odds are he’ll go into the G1 with full force, grit his teeth, and take the pain for the sake of being the best pro wrestler on the planet. It is only when Tanahashi burns all his energy will he stop. Only then will he utter those two words: I’m done. 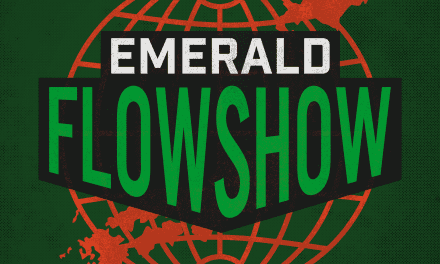