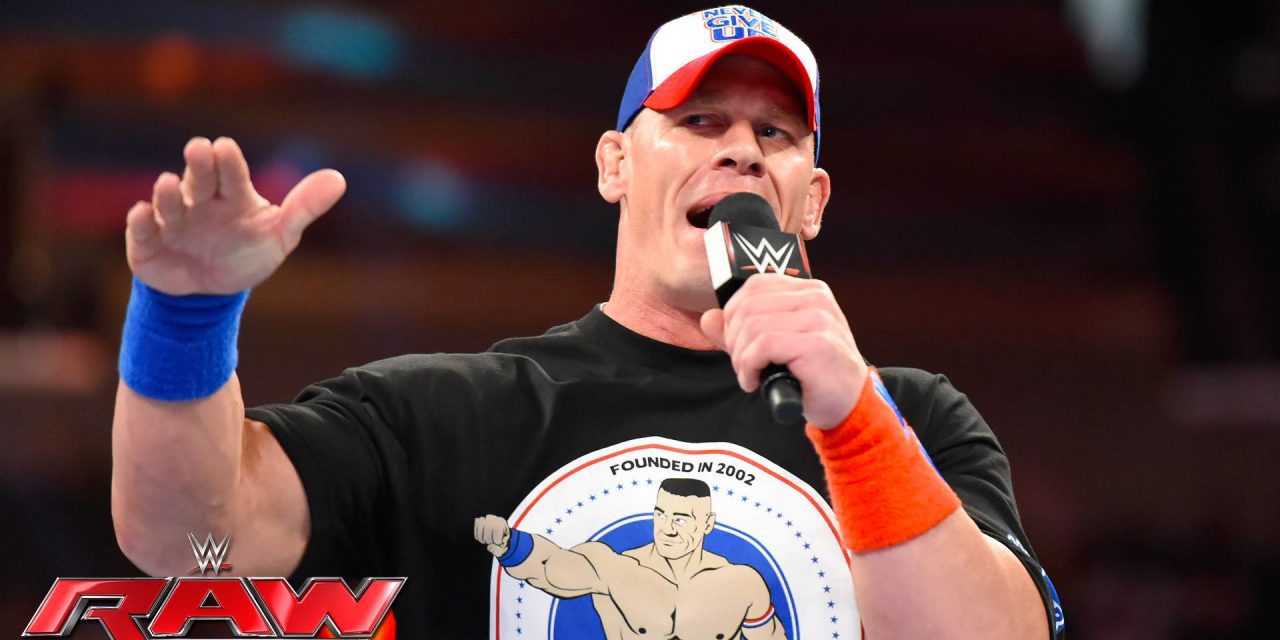 The build, such as it is, to WWE Money in the Bank. AJ Styles and John Cena have a showdown. Also the enduring question: can a “branding” company like WWE be comfortable with fans hating bad guys, as they soften the edges around two of their main heels.

3 Things that you must watch if you DVR’d:

I would never invest money in WWE as a corporation, and if you ever wanted to know why the stock hasn’t taken off to heights of other entertainment and media companies, consider the news of the weekend. The number one movie in America is Teenage Mutant Ninja Turtles 2, featuring Sheamus in a prominent role. Monday, all over SportsCenter is Brock Lesnar concerning his comeback in the UFC in July.

RAW mentioned neither. RAW pushed neither story. RAW, which in and of itself is a three-hour plus infomercial for a company begging for its bevy of products and goodwill projects to have mainstream legitimacy chose not to mention two things with actual mainstream appeal, mostly because the WWE would not be sole beneficiaries nor would be able to take credit for said success. This is not a new phenomenon—see projects on other networks by John Cena and Chris Jericho—or even diminishing Batista’s mainstream success in Guardians of the Galaxy and SPECTRE to a passing mention by JBL, who tends to be a bit of a loose cannon on such things.

The disconnect is baffling when it comes to who gets to control success.

WE ARE LIVE from Oklahoma City, Oklahoma. In a shocking turn, they actually mentioned that more than once.

Money in the Bank Participants:

If Tim McCarver were doing color commentary he’d open the show with “They’re on ladders, because you see, you have to climb up a ladder to get the briefcase.” The visual is that on the nose and contrived, and the entire staging seems ridiculous. Six men who don’t like each other standing (or five and Jericho sitting with his legs crossed). It’s gotten so predictable that Michael Cole even says that you could have predicted this would happen. This whole show has to a degree become self aware, and that’s a negative to the product.

Here’s the rundown on the six character arcs.

Let me holla at you playa….literally, it’s Teddy Long. My RAW reviews have turned the show meta. I’m sorry.

Teddy Long screws up the corporate doublespeak then says he’d make a match with a whole list of stipulations. Stephanie comes out, makes fun of him, and sets one on one matches.

Cesaro def. Chris Jericho: Cesaro forced Jericho to tap out in a “Statement” (per Byron Saxton)

Alberto Del Rio def. Sami Zayn: The climactic drama centered around Zayn in the “Tree of Woe” and whether he could escape. He avoided the double foot stomp for a time, but in the end succumbed to it for the pin.

Dean Ambrose def. Kevin Owens: Ambrose foils a Pop Up Powerbomb attempt into a Dirty Deeds. After the match, in a show of blatant symbolism, Ambrose sets up a ladder to grab the briefcase but is tipped by Owens, who chooses to not go up.

So the only two competitors with no big “moment” in this build have been Jericho or Owens, one of them is probably going to win it, and it’s the one that doesn’t get a moment on Monday.

This is how they do the build, and I don’t care for it. I’d much rather you build six #1 contenders, and make the dangers inherent in a ladder match more plain, that they are risking a lot for the shot at an easier road to the title. But again, I like serious builds.

The Dueling Video Packages of Seth Rollins and Roman Reigns

The WWE:24 on Rollins is absolutely fantastic. Had this been used throughout the absence and in the build to a return, Rollins would be a megastar babyface worth real money to the company. So, this week we get the remix, an attempt to take the more sympathetic parts and mix them with Rollins’ need for opportunism to be the guy on top. Rollins used Roman to get there, it’s not personal, it’s Rollins as opportunist.

The Roman video paints Roman as the one who has earned his way to the title and how Rollins’ opportunism has continued to delay the gratification of being “The Guy.”

My problem with the two vignettes is both expose weaknesses in presentation that should be patently obvious to someone in quality control. The first and most glaring is that Seth Rollins’ injury makes him naturally sympathetic, therefore his being “conniving” isn’t obvious to anyone watching this and supposed to come away with that conclusion. Never mind the logic gap that cashing in Money in the Bank is a strategic legal means to win the title, not a shortcut. It’s put out there for that express purpose: you risk years on your career for an easier path to be the top guy in the company.

The other issue is something that’s very noticeable in commentary and scripting, it’s the disassociation with labels that makes the product seem like cold heartless branding than it is meant. The phrases like “they called me” “he refers to himself as” “the person known as” “the self-proclaimed” and other such usages that separate performer from character. They’re not actors talking about the roles they played as if they’re in, and here’s that term again, some meta self-referential wrestling show. This isn’t Chris Evans talking about Captain America. The only reason you use those phrases are if it’s not true, like Jericho being the “So-Called Savior of the WWE.” Roman Reigns was the brawn and Seth Rollins was the architect. The dual side is that it makes Roman Reigns look like a worse performer when he’s forced to use language like that because Vince falls in love with words on a page, as is the downfall of many a scriptwriter—the need for flowery language when plain language will do the job better.

Rusev and Swagger are great together. Good in-ring chemistry and Swagger is in dire need of getting away from this “We the People” gimmick, Titus O’Neill is on commentary reminding us that Vince McMahon loves Martin Luther King Jr. Vince is truly progressive on Civil Rights, guys. Rusev wins when he avoids a countout by throwing Swagger into Titus. Interesting that they’ve lost faith in Titus to carry a one on one feud, so they add Swagger to this, but it gets Swagger involved.

John Cena’s only had electricity with one other star than AJ and that was the Rock. CM Punk scoffs at that notion. It’s a setup for an AJ explanation. The whole plan was to turn on Cena because AJ was tired of his kids asking why hadn’t he faced Cena.. Oddly enough, this is the same promo as the Kevin Owens build, with whom Cena also had electricity within that program. AJ got more lines here than most do, and I especially liked the “I can go anywhere” line. Too often indy and international stars have to capitulate that WWE is really the big time, and while that’s been hammered home in both the Roman Reigns feud and here, AJ did a nice job of making his travels be an equally big deal.

Now, for the negative, self-referential references to how the lines are as old as Cena’s jorts and burials. Self-aware wrestling and “office politics” are the two worst stories WWE tells.

New Day makes the save, New Day and the Club are booked for later.

Enzo is in full Muhammad Ali mode. The play here is to make Enzo look like a weak link with the concussion, and Cass as a full of rage asskicker. Cass gets DQ’d for not being able to control his rage. Cass can’t pull off silly dialogue and make it seem badass though, he comes off a bit goofy trying to ape the same style as Enzo, who is talking above his pay grade to make up for size. They compliment each other well, but there seems to be that fight against the natural chemistry.

Someone got back to corporate that Charlotte abusing her father was bad publicity. Either that or this was a scripted moment of “backing off the bit” that came off as disingenuous when they went back into it. Charlotte got choked up trying to say that while she and Ric had broken up, they were still family. It’s a segment that wasn’t needed, a bit overkill, and came off as even worse with Dana

Out come the two worst written characters in television: Natalya and Becky Lynch. Becky’s hair extensions have gone from sublime to ridiculous, to the point where I think she’s using both hers and any extras Charlotte or Summer Rae have leftover. That said I hope she’s about to break out a Madusa from Marvel’s Inhumans gimmick and the hair can start throwing people. Natttie’s out to namedrop the Harts and play the scolding mother hen with the lack of situational awareness. Becky’s here to again recap that Charlotte’s turned on every friend she’s ever had. Neither seem to realize that they’re trying to talk sense into someone who already screwed Nattie and whose morality has always been suspect. Don’t they watch NXT? Dana fakes a crisis of conscience which culminates in a sloppy beatdown of the poster children for “stupid babyface syndrome.”

Seriously, what was the last non-exposition non-Hart related thing Nattie said on camera in the live arena that was remotely interesting? Becky is there to say something funny with a weird accent. Both are here for their weekly beating. Lather rinse repeat.

The Club def. The New Day

I like that the Club metaphorically smacks the playfulness out of the New Day. Evil and malevolence should always beat not taking things seriously. Xavier Woods gets a nice little showcase to re-establish himself as more than third wheel before AJ Styles gives him a Styles Clash on the floor. The match finally starts as 3-on-2 but the numbers go in the Club’s favor with AJ hitting a Phenomenal Forearm on Kofi as the match breaks down. John Cena makes the save during a post match beatdown. AJ gets the better of Cena until all three of the Club get hit by moves in succession by Kofi, Big E and Cena.

If I could get a 30 minute main event style match with Kofi and AJ, that would be something, both work well together

The AJ/Cena build continues to be strong, the Money in the Bank build is the sports entertainment build it always seems to be, and the other programs are hit or miss depending on your standards of logic and writing. 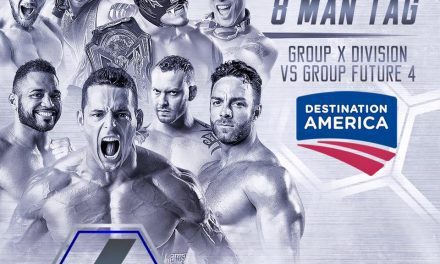 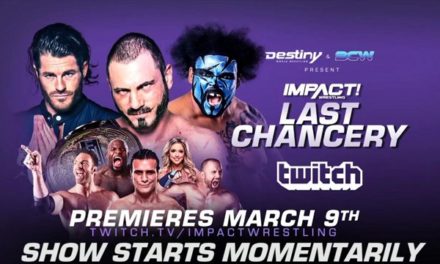