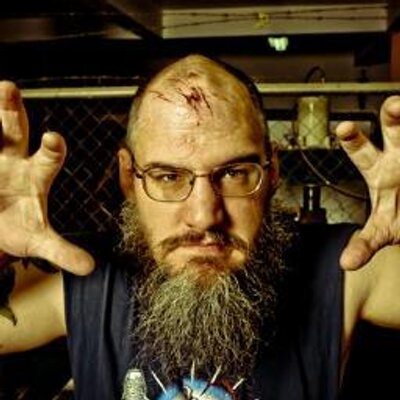 When I was a teenager my favorite band in the world was Fugazi. I grew up when music was free on the radio and expensive in stores. Fugazi was different. Their records

were never more than $10. Their shows were always all ages and cheap. Whenever they played in their hometown of D.C., every show was for some sort of charity. Perhaps most interestingly, they never sold shirts, or hats, or any other merchandise aside from their albums. They never put out music videos. Fugazi was popular enough where they could have easily made tons of money off of this stuff, as evidenced by the hundreds of bootleg shirts you’d see at shows that simply said “This is Not a Fugazi Shirt” (with the semi ironic slogan “You are not what you own” plastered on the back). The loss of potential profits with this stuff never entered the minds of the band members. They were musicians first and only, not first and foremost. Their only goal was to get people to hear their art and their message. At a time when I was first coming to grips with the fact that I would never be a musician or an artist in my own right, I was floored and changed by the idea that your lifestyle defines what you create and you do. You’re not only defined by what you create, but by how you go about doing so. It was probably the most formative thing that I discovered in my teen years, and I’ve tried desperately to live by that ever since.

I find myself thinking about these conscious choices about creation as I countdown the days to June 11th. On that Saturday night, a man named the Necro Butcher is having what is being billed as his final match.

That match is in some way a perfect encapsulation of what I love about Necro Butcher and what I love about pro wrestling. It’s a six-man tag including The Grim Reefer, Rhyno, Devon Moore, Smokey C and the Almighty Sheik. For those counting, that means this match will have one ECW original, one guy previously involved in a love triangle with David Flair and Daffney, two dudes who have based their ring names around allusions to marijuana, and one with a tattoo of marijuana. Well, at least one on that last thing. It might be more. It’s so insane and bizarre and shouldn’t fit or work in anyway but it all will somehow come together in an entertaining mess of fists and blood and probably a whole bunch else that will make me cringe and scream and cheer and clap.

For many, Necro Butcher has served as the truest distillation and representation of the death match boom of the mid 2000s, and perhaps one of the few who actually had some appeal and notoriety outside of those circles. I have always felt a kinship in some way to him, because in my eyes Necro always viewed and treated professional wrestling in the same way that Fugazi treated music. I’ve often said it in a joking fashion on twitter and in articles, but I think The Necro Butcher is the truest and most brilliant artist in professional wrestling. I will be sad to watch and think about wrestling knowing that Necro Butcher won’t be a part of it moving forward, because Necro was as forward thinking and dedicated to his profession and what he created as anyone in the wrestling business.

This generation of indie wrestler is in a lot of ways in a liminal space in regards to wrestling history. While the wrestlers who have come before viewed wrestling almost purely through a commercial lens, the current crop of indie stars have often created friction by viewing wrestling as an artform to be explored, caring deeply about the match quality. The Young Bucks are a great example, who often tweet and talk about how they willfully ignore the advice of their wrestling forefathers. While I think the Young Bucks are being truthful and earnest when they say this, I also think this brash, punkish affectation has in a way become a gimmick that the Young Bucks have consciously monetized. The more they stick their tongues out and claim they are forging their own path, the more they solidify the same financial success that was the sole barometer for the performers they playfully scorn. I’m not judging this choice, but I do think in some way that it undermines the freedom that they profess they have as artists and performers. They are financially beholden to the whims and tastes of the wrestling public, and the art they create often reflects that.

Conversely, The Necro Butcher has taken the Fugazi route: never sold a shirt, set up a gimmick table, or come up with a hashtag. Instead, he would simply take bookings whenever and wherever he could get them. He would show up. He would be cheered and supported purely on his merit as a performer, because people wanted to see him, not because they wanted the latest shirt. He didn’t want people to show up and support his brand, he wanted to people to pay and to sit and to watch him wrestle. He wanted people to enjoy themselves and lose themselves and forget themselves. His ambitions were not small, but may have seemed so because they were purely personal; he wanted nothing more than to be relevant to the people that were surrounding him in small towns throughout the Midwest and American South that he so often found himself in. To watch Necro Butcher perform is to watch a masterclass in being present in the moment, in having a sense of where you are. To see him come out to the ring at the peak of his powers was to see an aura and a physical charisma that rivals anyone throughout wrestling history. Most wrestlers appeal because they seem otherworldly. They’re larger than people should be, they can jump higher, or they’re just so cool. Necro Butcher was always different, excelling because he was so human, always in some way the surrogate for the common fan. For small town dreamers, there was power in his performance, in the pain and suffering of the Necro Butcher. He did more with less, he did it for himself and for others, but never because of others.

I don’t know Necro Butcher, and I certainly don’t know Dylan Summers, so it’s not my place to speak about who he is or was as a person. Certainly in recent years, I’ve seen his name pop up in stories that make me sad, stories that make me naively wish that everything ends up working out for the best for everyone. I can tell you that on the few occasions that we’ve spoken, he has been kind and soft spoken and smart in ways that most wrestlers are not. While you’d think this would be in stark contrast to the crazed and wild eyed maniac he’d so often portray in the ring, I always felt like it fit quite well, because he was quiet and thoughtful and so decidedly regular. I remember once, after an AIW show where he wrestled Drake Younger, he came out to say hello to fans right after his match, still showing the direct effects of the light tubes and thumbtacks and whatever else they had deemed fit to inflict upon each other. His significant other wiped blood and picked glass from his back while he smiled and shook hands with anyone who came up. They looked at each other with love and understanding and kindness. Her hands moved with a practiced grace that had clearly come from many previous nights of doing the same thing. Her patience and acceptance was what we all crave, something to aspire to, a standard to hold ourselves to.

One of my favorite interactions with a wrestler happened with the Necro Butcher. I was in New York for an ROH show, and Necro did a run in, but instead of his normal “gear” of a tank top and cut up jeans, he was wearing khaki cargo pants and a Dennis Kucinich presidential campaign shirt

. After the show that night, I ran in to him at a bar and he was sitting down by himself, wearing glasses and a fleece and I asked him what the deal was with his outfit, expecting some story about a rib. No, he said, his luggage had gotten lost. He came out in what he was wearing when he got on the plane in the morning. I laughed, and I bought him a beer. He asked for a Blue Moon. He smiled when I told him that I considered the Necro Butcher wearing a t shirt that said “I pledge for peace” the start of a face turn. I ran out of things to say shortly after that, and as I was leaving he stopped me and thanked me for the beer. In a business built on deception, it will always stand out as a moment of immense honesty. His face looked so genuine. His words were so kind. He seemed a simple, decent man, and I was glad to have spoken to him.

I guess the reason I’m so sad about Necro Butcher retiring is that I don’t feel as though we are losing a wrestler so much as we are losing an outsider artist within the world of wrestling. Wrestling is a world in which following the leader and outright parody is often rewarded. If you doubt me, next time you’re at an event, count up the number of shirts you see that kind of look like a Bullet Club shirt. Say what you want about Necro, but I think it’s undeniable that he was a person and wrestler that forged his own path within a business where doing so is not often richly rewarded. Necro Butcher, a man who was often scorned or written off as “a garbage worker”, brought something wholly unique to the table. We may see people emulate his style moving forward, and if they do it with even half the charisma that Necro Butcher did it with, those people will be a welcome change of pace to the modern indie landscape. What I hope is that instead of Necro Butcher inspiring people do due crazed brawls and death matches, he is instead watched by a future generation, and they are inspired to create, and grow, and work towards finding and knowing themselves. I hope that on June 11th, if I perchance run in to him in the parking lot, or sitting down after his match, I can get one last chance to buy him a beer, and tell him that he wrestled a good match. I hope that I can find the words in person to let him know that he is relevant, and that he will not be forgotten. I hope that I say something, anything, that will make him smile or feel good in a way similar to how he has made me feel countless times in the past 15 or so years.

And I hope that when I get home, I sit down and I write and write and I hit the publish button and I do so because the words mean something to me and maybe to someone else and not because I want anything from them. 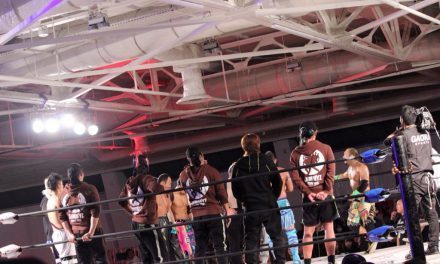