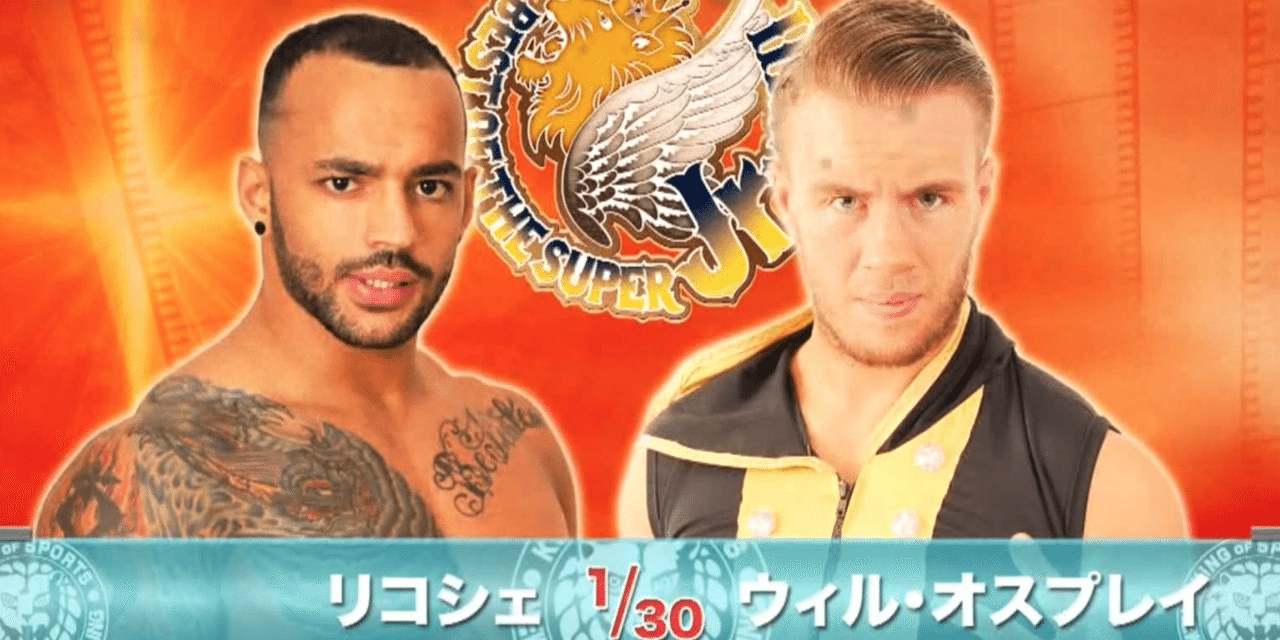 No VIP Lounge this week, I guess due to the holiday. Tama Tonga has a new podcast starting on Saturday that we’ll cover next week entitled The Tiki Bar.

“And I’m sure if I watched some matches with [Mitsuharu] Misawa I would find a couple holes in the psychology that I’d want to tweak too.” – MSL

“I think that at least one if not both of these guys could be big box office attractions…just not in the wrestling business.” – Jim Cornette on Will Ospreay and Ricochet

Steve Austin Show #327 (5/31/16): Steve talks to journeyman wrestler Cowboy Johnny Mantell. They talk about Mantell’s involvement in the Pro Wrestling Hall of Fame (Wichita Falls edition), amateur wrestling, breaking in and wearing a mask, working for Fritz Von Erich and Bill Watts, his older brother’s Ken involvement in wrestling, stories about Bruiser Brody & Stan Hansen, wrestling in Japan, and more. Decent show; the stories about famous wrestling figures are easily the best part, but Mantell can be a bit dry.  THUMBS IN THE MIDDLE

MLW Radio #229 (5/31/16): Honestly, what is up with Konnan joining every show late? It’s just so strange – if he’s late just delay the podcast. Anyway, the gang discusses the 20th anniversary of Scott Hall on Nitro, the controversial Will Osperay/Ricochet bout (heretofore known as THE MATCH), WWE leading into Money in the Bank, and the return of Goldberg (in video game form). The focus of the show is the Stooge Hall of Shame, as they run down candidates from Jeremy Borash to Disco Inferno. It’s clearly meant to be the highlight of the show, but I found the wrestling discussion much more interesting. Court also thankfully goes into a bit more detail on his NXT speaking gig. THUMBS UP

The Ross Report #120 (5/31/16): Former WWE star and author JTG joins JR for a chat. The interview is fairly non-sequential, as he gets into getting released from WWE (and his thoughts on the recent releases from the company), how he got into the company to begin with, Shad getting him in trouble, his relationship with Vince, being a black wrestler in the business, writing his books, his future plans, and a lot more. If you’ve read JTG’s books, there’s literally nothing new here. But if you haven’t it’s a fun interview, and JTG, although never a huge star, did have a lengthy and interesting run in the WWE. [JTG’s interview starts at 20:53] THUMBS UP

Talk is Jericho #252 (6/1/16): Guitar god Joe Satriani joins Jericho for a music-centered show. They start with an interesting discussion of the intricacies of producing instrumental music, teaching famous guitarists (like Metallica’s Kirk Hammett) to play, touring with Mick Jagger, playing in Chickenfoot with other famous musicians, briefly being in Deep Purple, and a lot more. Satriani is quite affable and has a wealth of interesting stories. I quite enjoyed this. [Satriani’s interview starts at 8:27] THUMBS UP

Bret Hart Radio #1 (6/1/16): Bret formally kicks off his show by talking to “Diamond” Dallas Page. They talk about DDP Yoga and the Resurrection of Jake “The Snake” documentary. They also dabble in wrestling, basically on the time the two shared in WCW and the matches they had against each other. It’s pretty short (37 minutes) and nothing that hasn’t been said on a thousand other shows. Hopefully part 2 will be an improvement. THUMBS DOWN

Art of Wrestling #304 (6/2/16): Little Guido of ECW and WWE fame joins Colt. He talks about growing up a wrestling fan, training and fighting in UWFI (really interesting stuff I hadn’t heard before), breaking into ECW, wrestling New Jack, Paul E getting him into WWE, being a big star in Italy, and moving on after wrestling. There’s a wide variety of topics covered, and it’s just nice to hear Guido doing so well and being at peace with his wrestling career. THUMBS UP

Steve Austin – Unleashed #330 (6/2/16): A potpourri of a show sees Steve talking about THE MATCH (he liked it with reservations). Then Teddy Fowler makes an unwelcome return to talk about guns (blaming video games for people’s callous attitudes towards guns) and grease fires. Austin talks a bit about his physical therapy and his wife joins him to talk about Steve getting a parking ticket and ducks pooping in his backyard. The whole show is really long, and if you couldn’t guess, really boring too. THUMBS DOWN

The Jim Cornette Experience #131 (6/2/16): No guest this week, as Jim and Brian talk about the usual suspects in wrestling, spend a long time bashing Donald Trump, and of course, discuss THE MATCH. Jim is fairly complimentary towards Ospreay and Ricochet, in that he doesn’t place them at the “trash” level with Joey Ryan. He doesn’t like the match at all (shocking), but the discussion of why he didn’t like it is fairly interesting, despite some factual errors. Often Jim seems to make a point just to get a rise out of people, but he comes across more sincere here. THUMBS IN THE MIDDLE

Talk is Jericho #253 (6/3/16): Fresh off his comeback to the WWE, Seth Rollins makes his second appearance on TIJ. He talks about his injury in a match with Kane, Bret Hart talking crap on him, the upside of having time off, his new electric car, Daniel Bryan’s retirement, THE MATCH, breaking John Cena’s nose, losing the Curb Stomp but gaining the Pedigree, and the famous finish to the Orton match at Mania 31.  This one covers pretty much everything you could want, and Rollins remains an awesome podcast guest. [Rollins’s interview starts at 4:51] THUMBS UP & BEST OF THE WEEK

MSL & Sullivan Show (6/3/16): The currents events discussion makes it’s welcome return, as Kevin and MSL talk about Cody Rhodes in ROH (he’s actually headed to Evolve, but the general points still stand), Jimmy Snuka being found mentally incompetent, and the possible return of Goldberg. There’s a review of the 10/14/96 Nitro, but it’s really just a springboard to discuss topics like the evolution of Randy Savage and the effect corporate accountants can have on wrestling booking. A short mailbag closes out the usual good show. [The Nitro review starts at 26:36] THUMBS UP

Bauer & Pollock (6/3/16): Another Friday outing sees B&P run down some recent movies, The Rock as Doc Savage, Goldberg’s video game ad, the possibility of an actual Sister Abigail, the Seth Rollins documentary, Money in the Bank, Netflix’s GLOW show, the Hardy Boyz contract signing, Bobby Lashley in Mexico, AAA’s World Cup iPPV, Hiroshi Tanahashi off of Dominion, THE MATCH, favorite BOSJ matches, Cody Rhodes on the independents, Tyson Kidd being out for 1 full year, and Bob Meyrowitz going into the UFC HOF. The usual enjoyable wrap-up to the week. THUMBS UP

Bret Hart Radio #2 (6/3/16): Part 2 with DDP, talking crowdsourcing the documentary, AJ Styles in WWE so far, DDP in WWE vs. Bret in WCW, and Dallas’ chances of going into the WWE Hall of Fame. Then Bill Apter shows up for a  segment where he does maybe the worst Bret impression ever (his Terry Funk is better, to be fair). The talk about wrestler relationships with wrestlers is interesting though, as is the Owen Hart talk. The whole show is done in 40 minutes, with DDP’s interview going 12 minutes and Apter’s around 16. I always applaud brevity in wrestling podcasts, but my early thoughts are they were better off sticking to 1 longer show. THUMBS IN THE MIDDLE 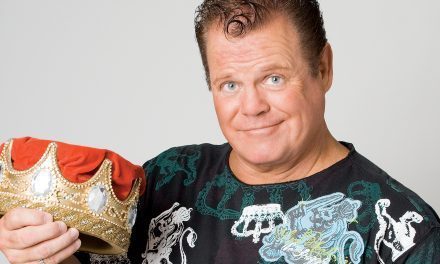