Mike Bennett and Maria opened the show giving out that Dixie Carter has put somebody in charge and it wasn’t them.  EC3 interrupted them, revealing that not only was he in charge for the show but also that he has booked Mike Bennett vs. himself at Slammiversary. EC3 gave Bennett the night off because he wants Bennett 100% at the June 12th PPV. EC3 put Bennett in charge of the custodial duties for the night while also penciling Maria in for a job evaluation. As Bennett was leaving, Lashley arrived mentioning how he and EC3 seem to be randomly crossing paths an awful lot lately. That was the first time they’ve outright pointed to their slow and steady Lashley vs. EC3 build. This was a Pick Your Poison show with Lashley and Galloway picking each others opponents.

Bram was Drew Galloway’s choice for Lashley’s opponent. The match spilled out to the floor but Lashley dominated, besting Bram in his native habitat outside the ring. Bram made a brief comeback with a spinning wheel kick but Lashley cut him off with a spinebuster. Lashley clotheslined Bram a few times before getting frustrated and hit Bram with a chair instead for the DQ. That was a dreadful finish. Bram is disposable relative to Lashley with a little under two weeks before Lashley main events a PPV. Also it just felt out of character for Lashley to become so easily frustrated and resort to using a weapon. Lashley should never use a weapon. Lashley is the weapon. Lashley Speared Bram twice after the match before Drew Galloway ran him off. With Bram in a vulnerable position, Eli Drake cashed in his Feast or Fired King of the Mountain title shot. *1/2

Drake tried to pin Bram straight away but Bram kicked out. Drake beat up Bram some more before putting away Bram with a knee lift followed by a clothesline. The KotM title is the right level for Drake. He shows promise and needs to be challenged. N/A

Bennett was appointed as referee by showrunner EC3. Bennett also cleaned the toilets earlier with some literal toilet humour. I get what they’re going for with EC3 having some fun at Bennett’s expense without paying off any physicality between the two but it didn’t feel tonally right for where their grudge should be at this stage. The BroMans are now being managed by Raquel, after her association with Bobby Lashley was dropped a few months ago. They aired a little video of her wandering around a pool with men looking on earlier in the show. They did one with Maria a few weeks ago too. Subtlety at its finest. Wrestlers usually stand in far left and far right corners of the ring in TNA tag matches. For some reason they decided to use different corners in this match, which made the wrestlers have to think twice about how to cut the ring in half. Solution: Stand in the usual corners. Spud and Tyrus worked over Robbie before Raquel distracted Tyrus with her feminine wiles allowing The BroMans to gain the advantage. The BroMans picked up the win via Adonis Crab on Spud to give them a tag title shot vs. Decay at Slammiversary. **

Maria was in the ring with her apprentice Allie and her muscle Sienna for Maria’s performance appraisal. EC3 dismissed Allie and Sienna and introduced Gail Kim as his expert witness. Gail Kim requested a match with Maria at Slammiversary and EC3 agreed. EC3 also booked Sienna and Allie vs. Gail Kim and Knockouts champion Jade.

Allie screeched a lot as she was ill-prepared to face Kim before she made the tag Sienna. Josh Mathews shouted at Pope for Pope trying to get Sienna finishing move over. Sienna has a really great presence. She does an excellent job of carrying herself so as to make her seem bigger and more foreboding than she actually is. Sienna worked over Kim before Jade made a comeback. Kim took Sienna out with the Eat Defeat and Jade scored the win with a Package Piledriver on Allie. With the likes of Jade, Kim, Rayne, and Sienna I’d like to see the Knockouts get more opportunities to shoot for more ambitious, long-form matches. **1/2

Bennett was fed up of EC3’s nonsense so EC3 booked him in a match with Storm. There was too much Bennett, EC3 and Maria on this show. Bennett worked over Storm before Storm made a comeback. Storm hit the Eye of the Storm but Bennett kicked out. Maria distracted Storm, allowing Bennett to roll up him up for the win. After the match EC3 cut a promo about how he is going to cut Bennett down at Slammiversary, how he was going to go to Bennett’s church and burn it down. See now, that was tonally more what they should be going for 12 nights before the PPV (taking things seriously, not arson – arson is bad folks). **1/2

Al Snow was in the ring and took a moment to plug his academy. Snow then pivoted to his new associates – Basile Baraka and Baron Dax, who are going by The Tribunal (they are the former Sylvester Lefort and Marcus Louis of NXT fame). They are French so that naturally means they’re evil. Snow gloated about beating Grado fair and square, which prompted Grado to point out that Snow used Grado’s fanny pack as a weapon last week. Shera didn’t understand what Grado was saying but he supported him nonetheless. Look at them, worlds apart but best of friends. We could all learn a thing or two from Shera and Grado. A brawl broke out before Snow took out Grado and Shera with a chair and laid waste to them. I’m not sure being associated with Snow in 2016 and in a comedy feud with Grado and Shera is the best way to introduce Dax and Baraka but I suppose we’ll see how they do.

They aired a thoughtful interview with Braxton Sutter (Pepper Parks) where they were positioning him as this guy who has worked for years but never gotten a break. I feel almost like they laid it on so thick that he’s likable that they’re going to pull the rug out from under it but this was a nice little way to introduce a new character and who he is.

Lashley cheated and chose three people for Galloway to face. Abyss whipped Galloway into the post allowing Decay to take control. Galloway made a comeback and went to Claymore Steve but Abyss caught him with a chokeslam instead. Lashley ran in and looked to Spear Galloway but accidentally connected with Abyss instead. Galloway then hit Steve with the Claymore followed by the Future Shock for the win. At least the misfiring Lashley interference gave Decay an out for the 1 on 3 defeat. **1/4

Matt and Jeff Hardy had a summit at the Hardy compound. You could tell it was the Hardy residence because there were weird head-like shapes mown into the grass. There was also an absolutely amazing shot of a camera swooping in on Matt Hardy as he exited his house, arms stretched out snarling like a madman.

I actually couldn’t stop laughing. There was actually a bunch of cool overhead shots of Jeff motocrossing (can that be a verb?) around his property. Thankfully it doesn’t appear Jeff broke his leg this time. It’s rare that you can stop to admire cinematography in wrestling but there were some great, interesting shots here. Jeff confronted Matt as he was solemnly playing a piano. Matt brought Jeff to the ring where their careers began. Matt signed the contract for their Full Metal Mayhem at Slammiversary. Reby Hardy distracted Jeff by throwing a fake baby at him, allowing Matt to Twist of Fate Jeff through a table. This was amazing. Look, Matt’s new deal is super goofy but if you embrace this whole thing as over the top comedy it actually kinda works. It’s not what I would’ve wanted out of a Hardy/Hardy programme but if it’s going to be what I get, I might as well embrace it for what it is – ludicrous nonsense.

I dunno really. This wasn’t a particularly good show. There was too much EC3 and Bennett that didn’t really serve the end it should have. There was some okay wrestling but nothing worth a recommendation in particular. The show did at least make a number of new Slammiversary matches official. So there was that. Galloway vs. Lashley, EC3 vs. Bennett, The BroMans vs. Decay, Hardy vs. Hardy, and Kim vs. Maria are all now official for the PPV. The Matt and Jeff Hardy stuff is pretty essential viewing for a number of reasons and has to be seen to be believed. 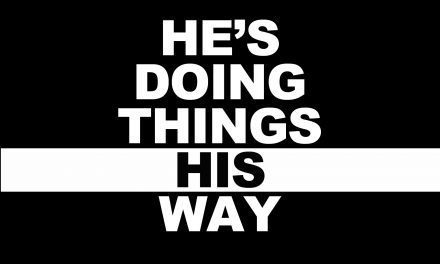 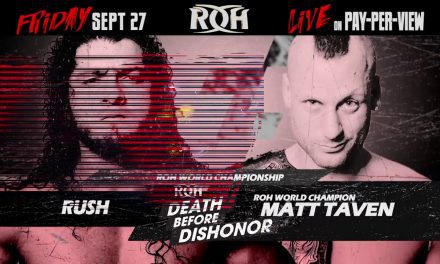 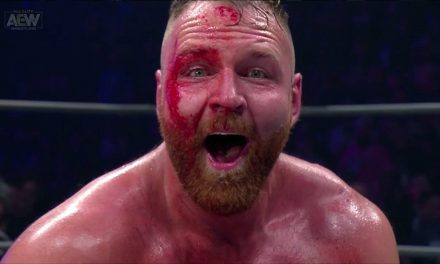