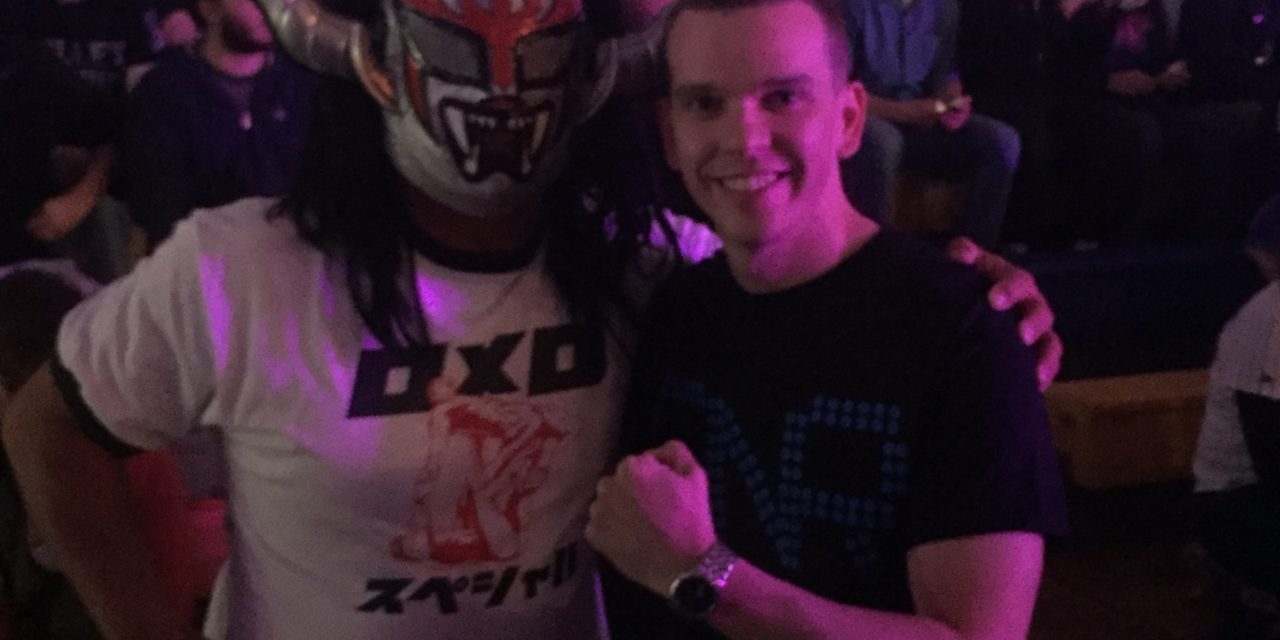 I rarely tell people that I watch wrestling. That is a pretty bold omission, considering the time I spend every week not only consuming wrestling but also talking and writing about it. However, I get the sense that I am not alone in reserving for an exclusive audience the truth about how I spend much of my free time. But why? Why do I think it might be an embarrassing confession? And why do I care at all how others view my interest in professional wrestling? From where did that concern come?

I don’t remember how I became a fan. Honestly, I don’t remember a time as a young child when I didn’t love wrestling. I devoured every minute of programming I could find, demanding that I be near a television even for LiveWire and Superstars. I was lucky enough to live in an area where Smoky Mountain Wrestling and United States Wrestling Association television episodes aired. I memorized their airtimes and similarly made sure I caught the show every week. I don’t think I even realized there was a difference between WWF, SMW, and USWA. It was all just wrestling to me.

I certainly didn’t care then if the whole world knew I loved wrestling. I collected Hasbro action figures, Tonka wrestling buddies, and any other merchandise I could talk my mother or grandmother into buying for me. I bought every wrestling magazine, whether it was an Apter mag (Pro Wrestling Illustrated) or WWF Magazine: anything to whet my appetite for professional wrestling. I would find it hard to believe that most conversations with young me revolved around anything other than Ultimate Warrior and Macho Man.

However, the first memory I have of embarrassment related to my wrestling fandom is from that timeframe. I don’t remember what grade I was in but we were instructed to wear our Halloween costumes to school. Obviously, I was going as Ultimate Warrior for Halloween. My grandmother fashioned this amazing costume that completely captured Warrior’s likeness. No muscle or tassel was forgotten. For some reason, we poor children were taken to another classroom to be paraded in front of other students in our costumes. I distinctly remember standing there thinking, “God, I look like an idiot.” My guess is that feeling was more related to my own anxieties and insecurities than the details of my costume. But all that tied together must play some part in the pathology of my wrestling neuroses today.

That experience, though, didn’t even slow down my journey with wrestling. A lot of people tell me they grew out of wrestling as they exited childhood. That didn’t happen to me. While some of that was due to my deep connection to the sport, I also came of age during the hottest time for the business in recent memory, the Attitude Era. If I was supposed to be embarrassed about watching 10+ hours of WWF/WCW programming a week, no one told me. I proudly donned nWo and Austin 3:16 shirts, along with what seemed like everyone else. By then, the Hasbro action figures had turned to Jakks and the Tonka wrestling buddies were stuffed in a closet somewhere. But every Tuesday morning at school, it seemed like everyone was talking about wrestling. I think I would’ve felt uncool if I didn’t watch RAW and Nitro.

Despite the continued wishes of all involved, that era eventually began a descent. In the same way I don’t remember what led me to become a wrestling fan, I have no idea how I fell out of it. Maybe my fandom burned so bright in the mid-to-late 90s that it was destined to burn out. I remember popping in and out for much of the early 2000s but nothing grabbed hold of me the way it previously had. Perhaps that was the age I “grew out of it,” the way others told me they had.

The biggest thing that nearly pulled me back in was an introduction to a guy named Low-Ki.

In the wake of Napster, the early 2000s saw the rise of peer-to-peer file sharing apps like Kazaa. After seeing one particularly impressive match, I started to search those programs constantly for names like “Low-Ki,” “Christopher Daniels,” and “American Dragon.” It would take hours, sometimes days, to download the matches but they were always worth the wait. Other than SMW, USWA, and the promotions I read about in Apter mags, this was my first exposure to wrestling that wasn’t WWF or WCW.

In 2003, I moved away to college. In my last wrestling hurrah, I went to a WWE house show. By then, I’d definitely learned to be embarrassed of the sport. Even my girlfriend could barely contain her derision. She refused to join me; Instead, she dropped me off at the arena and I went in alone. Once inside, I couldn’t help myself; I bought a ticket about three rows back and had one hell of a time. It would be approximately a decade before I would seriously watch wrestling again.

Even that was an accident. My best friend was dating a woman who watched wrestling. When he talked about it, I could feel inklings of the way I used to feel about it. So I announced to my girlfriend, with much hesitation, that I wanted to watch RAW one Monday night. To her credit, she went right along with it. That episode of RAW began quite the journey. I found NXT. I found New Japan, then the Japanese indies. I found the American indies. I found that I’d missed a decade-plus of amazing wrestling on both continents. The WWE Network debuted and I was able to dig back into the wrestling of my childhood and programming from the 80s that I’d previously seen only on the VHS tapes I begged my mother to let me rent again and again. I dove in with both feet until I spent the large majority of my free time consuming wrestling.

Through all that, I hardly mentioned it to anyone. I wasn’t sure how it fit with my life as a lawyer in my late 20s. Since my girlfriend never questioned my rekindled love of wrestling, I obviously married her. But I didn’t say anything to most of my friends. I didn’t talk about it at work. Though I am a prolific on Twitter, I didn’t tweet about wrestling at all. Wrestling was not as popular as it was when I was a kid and I was clearly embarrassed to not have grown out of it, after all.

Last week, my wife and I drove to Chicago to attend Global Wars, the Ring of Honor/New Japan Pro Wrestling supershow. I even told a few people where I was going, though I did so with much anxiety. I met with people for dinner before the show, all of whom were great people. At dinner, we hardly discussed wrestling. Instead, we talked about healthcare and the treatment of incarcerated people. Once we got to the show, the matches were fine but the experience was a truly special one. The crowd was electric. We all enjoyed something together that many of us probably thought we would never get to enjoy in person. Of what was there to be embarrassed? If I’d never gone down this road again a few years ago, I wouldn’t have gotten to experience all the people and feelings and events I did that night. Denying myself that because of some silly concerns about what other people might think seems much more worthy of embarrassment.

I was still so wound up after the show that I couldn’t go to sleep. Instead, I posted on Facebook a picture I took with Jushin Thunder Liger. The only comment was from a cousin of mine. When I was a young kid, she often took her son and me to the nearest toy store to stock up on wrestling figures. She just wanted me to know she was looking forward to seeing me this weekend. 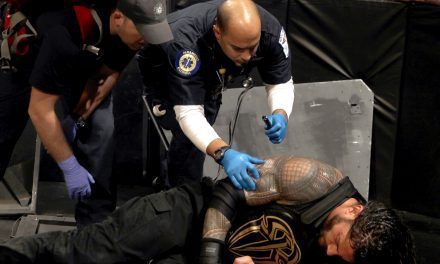 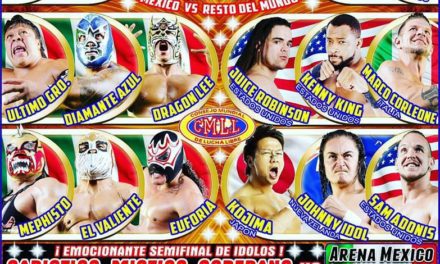