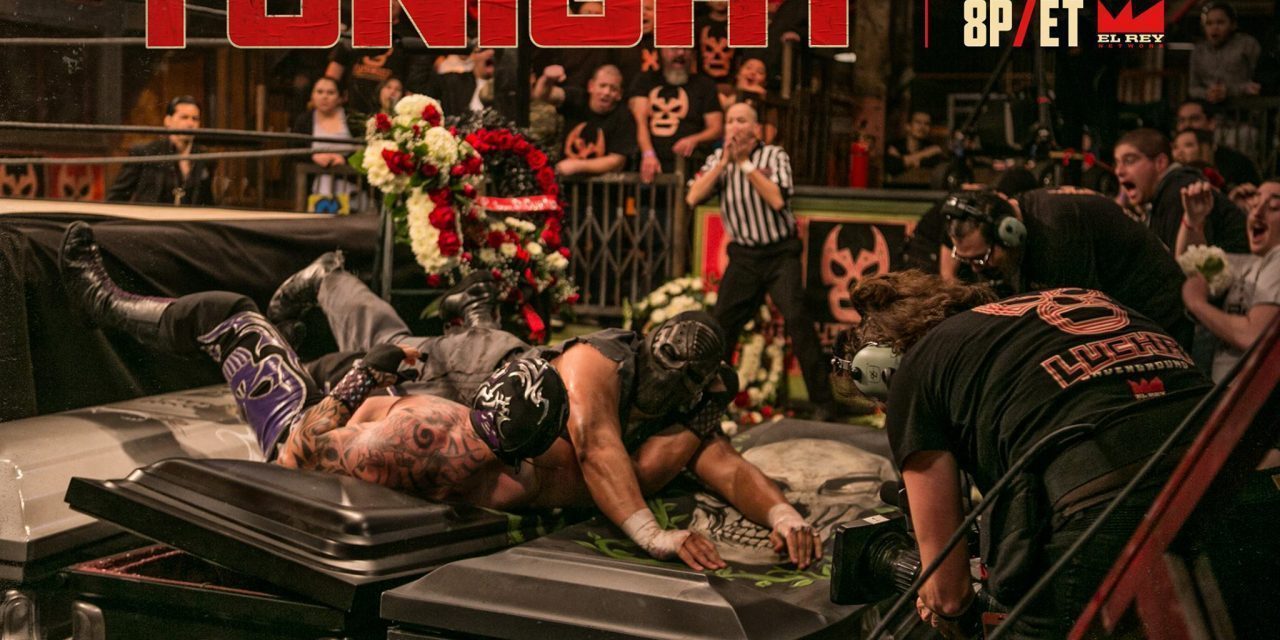 Atmosphere is an important part of a wrestling show. Whether live in person or watching from your couch, the atmosphere of a show can make or break it. The energy of the crowd, the vibe in the room, the lighting, the setting, these disparate elements all come together and give a feel to the event. Some of my favorite wrestling memories boil down to atmosphere.

The first Ring of Honor show I ever attended was their 100th Show, which kicked the CZW feud into high gear. I remember sitting there before the show proper started and the house lights were still on as a dark match happened in the ring. We’d brought a friend who’d never been much of a wrestling fan and certainly had nothing like Ring of Honor on his radar. We took our seats and watched a couple of the ROH trainees put on a match and he looked over and said, “Yo, man, really? What are we doing here?”

As the show proper began, the house lights went off, the ring lights came on, and the crowd started getting into it from the first minute. Half the crowd chanted CZW, the other half for Ring of Honor. The wrestlers fed off it and played to it. Jim Cornette and Zandig tore each other apart verbally and polarized the crowd into their respective ideologies. The debate transitioned chaotically into an insane brawl between CZW and ROH regulars. My friend let go of his misgivings and had a blast. To this day, it’s one of the most memorable shows I’ve ever been to and much of that is because of that crowd and that atmosphere.

By and large, tonight’s episode of Lucha Underground created multiple compelling atmospheres that accentuated a wild, wonderful main event and some of the better serious vignettes of the season.

After last week’s Lucha Underground, Matanza and Mil Muertes had a lot to live up to. Sexy Star and Mariposa went out and had themselves an intense match that blew expectations away. Matanza and Mil Muertes had some pretty lofty expectations of their own stacked against them going into their match tonight. It’s hard to say they lived up to all of mine, but my anticipation may have been outsized for what they could realistically deliver.

The match was very, very good. Especially if you’re a fan of brawls and hardcore wrestling, there’s a lot to love here. One area where it definitely trumps last week’s main event is in the creation of individual moments. Sexy Star and Mariposa had delivered some memorable images and moments in their match and I think Matanza and Mil Muertes managed to create even more tonight.

The atmosphere set by the pre-match fanfare really served the match well. Having the “Faces of Death” parade around the ring and lay wreaths on the caskets was super creepy and almost sad. They took you to a funeral, that is exactly what this felt like. Dudes in face paint on giant stilts are always going to be creepy and this was no exception. Going into the match, it felt like someone was about to die.

The match itself felt that way at times, too, as the two monsters tossed each other around with little regard for anyone’s safety. The coffins were treated much like tables are in a more traditional hardcore match. They were moved around the ring and ringside area and set up for slams and spots a plenty. We got Mil thrown over the top onto a casket, powerbombs onto caskets, Flatliners off the apron onto caskets, chokeslams onto caskets, each spot brutal and cringe-inducing (in the right way).

I feel like I could keep going by simply listing the wacky spots that happened in the match. Mil punching through the lid of the casket stands out in my mind and was a nice little nod to the movie that aired before tonight’s episode, Kill Bill 2. The match felt chaotic and dangerous. That danger wasn’t limited to the two competitors either. Dario took one heck of an apron bump for an actor and Catrina took a pretty stiff chair shot to the back.

What was missing here that we had last week was emotion. Part of that is having the two monsters where neither guy really shows much beyond growls and slams. Whereas last week’s No Más match had dramatic intensity, this week’s Graver Consequences was limited to physical intensity. It definitely was more physical than last week’s, but I wish they’d found a way to make it connect emotionally. Perhaps more shots of Dario and Catrina looking on might have done the job.

Even though this is the kind of match that should (and did) end a story, it also lead us in some different directions. Catrina’s chair shot lead to her being placed in a casket that she would disappear from mysteriously. As Mil was carried out by the Faces of Death, King Cuerno revealed himself to be among them, paying off a segment from earlier when he had tracked Muertes into his lair. Clearly, the hunter has plans for his prey.

For Dario and Matanza, the future is filled with mystery. We opened and closed the show with Councilman Delgado. In the opening, we learned that Dario is paying off Delgado’s boss and that this mystery man will be dropping by the Temple after his “descension.” I have no idea what that means, but I’m intrigued. The closing segment showed us Delgado meeting his boss in a parked limo. Here we learned that this individual is the most powerful person in the world and Delgado called him “Lord.” Perhaps Matanza is not the only Aztec god who will visit the Temple this season.

While neither of these segments are winning Emmy’s, they are a giant step beyond the acting you see on any wrestling show. The difference made by using real actors like Luis Fernandez-Gil and Lorenzo Lamas is gigantic. The strongest arguments for Lucha Underground being treated as a regular dramatic show over a wrestling show are to be found in segments like this. They sucked me and have me thinking about this new character and who they might be. They also added an atmosphere of mystery and this sense of foreboding that I thought worked well. Based on the shot of the cigar, I’m really hoping our new mystery man is not Big Ryck!

Lucha of the Hidden Temple: Episode 3