No VIP Lounge this week. The podcast week in review, brought to you by TrueCar.com (or our Amazon and WWE affiliate links).

The Sharpshooter Show (4/29/16): Bret opens the show talking about his recent trip to England and the legacy of British wrestling. He also talks about his recent criticisms of the WWE and whether that affects his standing with the company. Then there’s a lot of discussion about current events, like the NXT title change in Lowell, Conor McGregor, and a nice remembrance of Chyna. Bret closes things off with some thoughts on his famous match with the Bulldog at Summerslam 1992. Bret’s kids say about 3 sentences apiece (not a complaint). Maybe my favorite Bret show, as he was very animated throughout. THUMBS UP

Steve Austin Show #321 (5/3/16): PPV recap time, so who you gonna call? Wade Keller! Wade & Steve do their usual rundown of the show. Steve was gaga over Payback, giving the main event five stars and even liking the finish to Charlotte/Natalya! Wade gives his usual fine performance, and Austin is just so excited about wrestling it can’t help but be an enjoyable show. THUMBS UP

MLW Radio #225 (5/3/16): It’s Meltzer month at MLW, as for the next two episodes Dave Meltzer sits in with Court and Konnan (late as usual). What ensues is a lengthy conversation about the modern wrestling landscape, including the sale of TNA, NXT and developing talent, the status of Enzo Amore, Chris Benoit & concussions, Chris Jericho’s recent run, the Network, Bray, Brock, Shane as a returning character, and more. It’s a flowing conversation that flies by – at one point I was stunned to look down and see there was only five minutes left. THUMBS UP

The Sharpshooter Show (5/3/16): Bret is back to recount his experiences at Payback. He talks about meeting with Triple H, who pitched the Montreal Finish (spoiler: Bret didn’t like it), the changes Bret made, Enzo’s injury, punching Ric Flair, working with Vince, Ryback and economics of wrestling, Kevin Owens & Sami Zayn, and a lot more. No classic match discussion, just all current events, but a very enjoyable show. The only downside is Bret is calling in from the road and sounds like someone doing a bad Bret Hart impression. THUMBS UP

The Ross Report #115 (5/3/16): JR needs a wrestling reporter for his show, so Mike Johnson gets the call. For the first half of the show, the duo discuss the new Hogan/Gawker lawsuit, the future of Brock Lesnar, a potential brand extension, announcer shakeups, Seth Rollins, Bullet Club, Camp WWE, and ROH’s upcoming PPV. Then we get a series of rapid fire Twitter question about Roman Reigns, TNA, Shane McMahon, AJ Styles, and the makeup of current fans. They didn’t do a full breakdown of Payback, which was for the best, as the subject is approaching burnout. <Johnson’s interview starts at 4:23> THUMBS UP

Talk is Jericho #242 (5/4/16): Team Tiger Awesome (Clint Gage, Nick Mundy, and Michael Truly) is back for another symposium, this time previewing the summer movie schedule. We hear about Captain America: Civil War, Independence Day, Ghostbusters, Suicide Squad, and Star Trek Beyond, along with the usual jokes. I actually like Truly, the other two don’t add a lot to the proceedings. An OK show, but the law of diminishing returns is kicking in pretty hard with this series. THUMBS IN THE MIDDLE

Bauer & Pollock (5/4/16): Back after a week off, B&P tackle Ryback and the state of wrestler compensation, the Enzo injury, Extreme Rules, Shane’s interview with Mick Foley (and what it means for Steve Austin), the Shane/Steph dynamic, Finn Balor’s future, Eric Young in NXT, Paul Heyman’s upcoming reality show, Hogan sues Gawker again, and more. Court also drops some news that he’s no longer working for AAA or Lucha Underground, and that the Lucha World Cup will likely not be on PPV. THUMBS UP

Art of Wrestling #300 (5/5/16): To celebrate the big 3-0-0, Colt (joined by Marty DeRosa) answers a bunch of listener questions. This sounds poor in theory, but actually works out quite well. The questions are by and large interesting, and cover a wide swath of topics, including the economics of podcasting and independent wrestling, Colt’s wrestling memories, and his future in the business. Colt’s very honest and forthcoming about his past actions, and although this runs 100 minutes it never drags. A worthy victory lap. THUMBS UP & BEST OF THE WEEK

Steve Austin – Unleashed #322 (5/5/16): Ted Fowler yet again. He and Steve talk about grooming, Ted’s vasectomy, and Austin’s ongoing recovery from shoulder surgery. Then they review The Revenant in great detail, a movie that came out in 2015. Timely. Steve does state for the record that he has no heat with the WWE, and the reason Mick Foley is doing a podcast with Shane McMahon is that Steve is still recovering from his surgery. THUMBS DOWN

The Jim Cornette Experience #128 (5/5/16): In a miracle, Jim finally managed to watch that American Alpha/Revival match! And he liked it! His minor critiques of the match are really interesting and Jim at his best. The second half is he and Brian Last discussing which wrestlers’ offenses should lead to them being banned from wrestling for good, which leads to Jim ranting about Kenny Omega, Joey Ryan, and the Young Bucks, which is Jim at his worst. THUMBS IN THE MIDDLE

Talk is Jericho #245 (5/6/16): Christopher Daniels & Frankie Kazarian, the Addiction, are the guests this week. Lots of talk about how they came together as a team in TNA and why they left, Daniel’s brief run in WCW, Kazarian’s brief run in the WWE, Curry Man, being the veteran tag team in ROH, and a lot more. Daniels and Kazarian clearly have great chemistry together, and there are a lot of fun stories involving Vince Russo, AJ Styles, Jushin Liger, and more. THUMBS UP

MSL & Sullivan Show (5/6/16): Disappointingly, there’s no discussion of the Ryback situation this week, a subject that seems tailor-made for this show. Instead, after a brief talk of the necessity of heel runs for top faces, they dive into the back half of the September 30th, 1996 Nitro with Sullivan doing some rebooking in hindsight. A lengthy mailbag, including a talk about why Vince is out of touch, closes out the usual good show. THUMBS UP 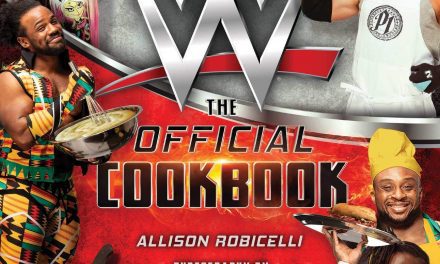