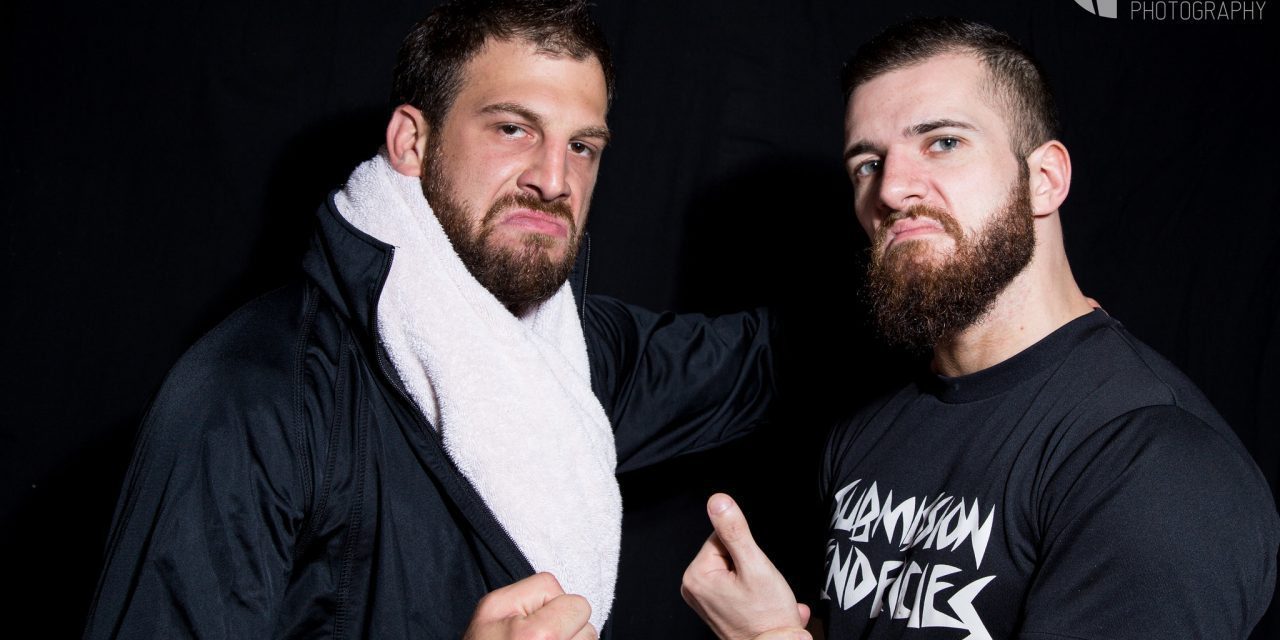 EVOLVE returns to the iPPV this Friday and Saturday night with two cards loaded with quality matches. Drew Galloway vs. Johnny Gargano, Zack Sabre Jr. vs. Chris Hero and two WWE Global Cruiserweight Series matches are just a few of the attractions that the promotion is offering to fans this weekend.

Raise your hand if you ever thought you would see these two teams face off on an EVOLVE show? For those of you that did lift up your hand, please send me next week’s  winning Mega Millions numbers because clairvoyance is the only way you could have guessed that. This match won’t be your typical EVOLVE fare, and hopefully, it is a good change of pace. The Bravados were the surprise of the EVOLVE Tag Team Championship Tournament and the Devastation Corporation’s late 1980s monster team parody was one of the few good things in CHIKARA the last two years. I expect this match to be fun, and it might surprise some people. The Bravados should win but predicting this contest is a real roll of the dice. Prediction: The Bravado Brothers

After WrestleMania Weekend, even the most ardent Matt Riddle detractors admitted that he has star potential. This is the kind of match that will test him. Anthony Nese is good when motivated by his recent offerings have beegs in EVOLVE have been hit or miss. If Nese doesn’t show up with the goods in hand, Riddle’s charisma will be crucial in keeping the crowd invested. Regardless, I see Riddle getting the win as he wins back up the card in anticipation of another match with Timothy Thatcher. Prediction: Matt Riddle

Lio Rush is best known for winning this year’s ROH Top Prospect Tournament and for an exciting match with Jay Lethal at Supercard of Honor. It is nice to see him get another shot in EVOLVE, but I question the choice of his opponent. Konley is a good heel but his ring style handicaps wrestlers like Rush, who move like greased lightning and him working over Rush with rest holds doesn’t sound appealing. As far as booking goes, this match is 50/50. A win over Konley would set Rush up well for bigger matches down the line but he is under contract with ROH, so this may be a one-time appearance. Konley could use a win to start trending in a positive direction. Personally, I’m on Team Rush, so he is my pick. Prediction: Lio Rush

“The Villain” Marty Scurll was overshadowed by his countrymen Will Ospreay (to be fair so was everyone else) during Wrestlemania Weekend. Now he gets his chance to show off in two high profile matches in Baltimore and Queens this weekend. His first opponent couldn’t suit better, Johnny Gargano. This match will be well wrestled but should also be a rare pure face vs. hell matchup. Gargano needs the win going into a grudge match with former tag partner Drew Galloway the next night. Prediction: Johnny Gargano

This is one of two matches born from Galloway’s barbaric actions at EVOLVE 59. After he and Gargano had lost the EVOLVE Tag Team Championship, Galloway said that his partner’s recent coupling with NXT sickened him especially since Galloway, in his words, worked so hard to raise the profile of independent wrestling. Ethan Page came to Gargano’s aid and got a good kick to the marbles for his trouble. Now, Page will try to get revenge against the former EVOLVE Champion. Make no mistake; this won’t be a beautiful exhibition of scientific wrestling. It is going to be a nasty brawl, a type of match that both men excel in. Page will put up a spirited effort but will go down in defeat to the Scottish juggernaut. Prediction: Drew Galloways

The night’s only title match is a rare scrum between stablemates with no prior tension coming into it. Gulak and Williams want to test themselves in their first title defense, and they figured the best way to do that is against two men they regularly train against. I expect this to be stiff contest with plentiful submissions and strikes that will send spit flying everywhere in the MCW Arena. Barring a shocking upset, the champions should retain. Prediction: Gulak & Williams

Hero and ZSJ tore the house down in the opener of Mercury Rising and are more than capable of outdoing themselves. The only real question pertaining to the match is the style in which it will be worked. Will it be another slugfest like in Dallas? Or this time will it be a mat classic? Maybe they will throw a curveball and fight in the crowd. Whichever it is I have a feeling that Zack Sabre Jr. will get his big win over Hero to close out the show. Prediction: Zack Sabre Jr.

Once every so often, EVOLVE brings in Chris Dickinson to do the J-O-B. I have a hunch he will do just that for Ethan Page. Now, if these two get time this could be a fun little match, and at the worse it will be a two-star special. Prediction: Ethan Page

The Bravado Brothers vs. Milk Chocolate

Milk Chocolate is in EVOLVE for the same reason as Dickinson, make the more frequently scheduled team look good. I’m so confident that Grandma Bravado’s Boys will win that I will make a  Rob McCarron guarantee and eat a hat if they lose. Prediction: The Bravados

I am stupid excited for this match. Two of my favorite young guns on the independent scene will lock horns. It will be interesting to see how Matt Riddle interacts with Lio Rush because Riddle’s previous bout against a high flyer (Peter Kaasa) was pedestrian at best. Rush is much more fluid in the ring than Kassa is so I don’t see this contest being as awkward, but the possibility is there. Riddle falling victim to an upset would not surprise me, but at the same time, I can’t pick against The Bro. Prediction: Matt Riddle

Well, look at this, another match that is making me dance for joy. I’ve never seen these two wrestle before, and I am looking forward to seeing a demonstration of European technical wrestling. This bout will be Scurll’s second chance to make a lasting impression in EVOLVE, and my gut tells me that he will deliver an extraordinary effort against the red hot ZSJ. Will he win? Nope, ZSJ will pick up his second win of the weekend, probably with a submission that words will not adequately describe. Prediction: Zack Sabre Jr.

I would be shocked if Yehi beat Perkins in this match. TJP is a lock for the now-renamed WWE Cruiserweight Classic and is a fantastic fit for it. Yehi can benefit from this fight, though. Clips of it will air on the WWE website and that will put a lot of eyes on him, hopefully. Prediction: TJ Perkins

The second qualifier of the night is harder to call. Both Gulak and Williams are seasoned performers and would excellent additions to the tournament field. Still, Hot Sauce’s style has more crossover appeal, so that is why I’m choosing him to win this match. I do think that Gulak will make it to Orlando one day as a trainer. Prediction: Tracy Williams

For a detailed explanation of how the main event came to be, see the section previewing Ethan Page vs. Galloway. The main event of EVOLVE 61 is already very personal, and when Drew Galloway has a vendetta, he is hell bound and determined to make that man pay. This is contest is going to be wild and crazy. Gargano is an underrated brawler and should hold up his end. My head says to pick Johnny Wrestling, but my heart says to go with Galloway. Prediction: Drew Galloway 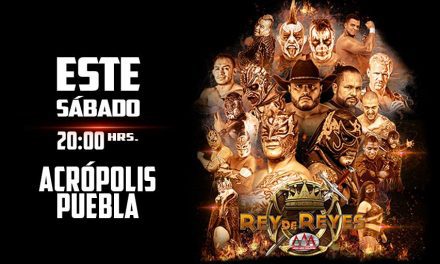 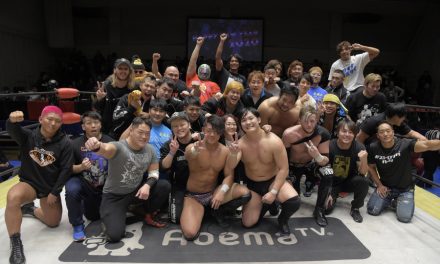 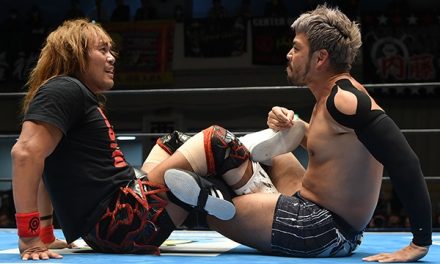 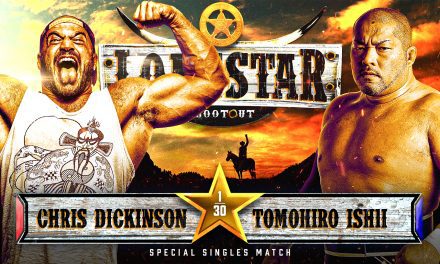