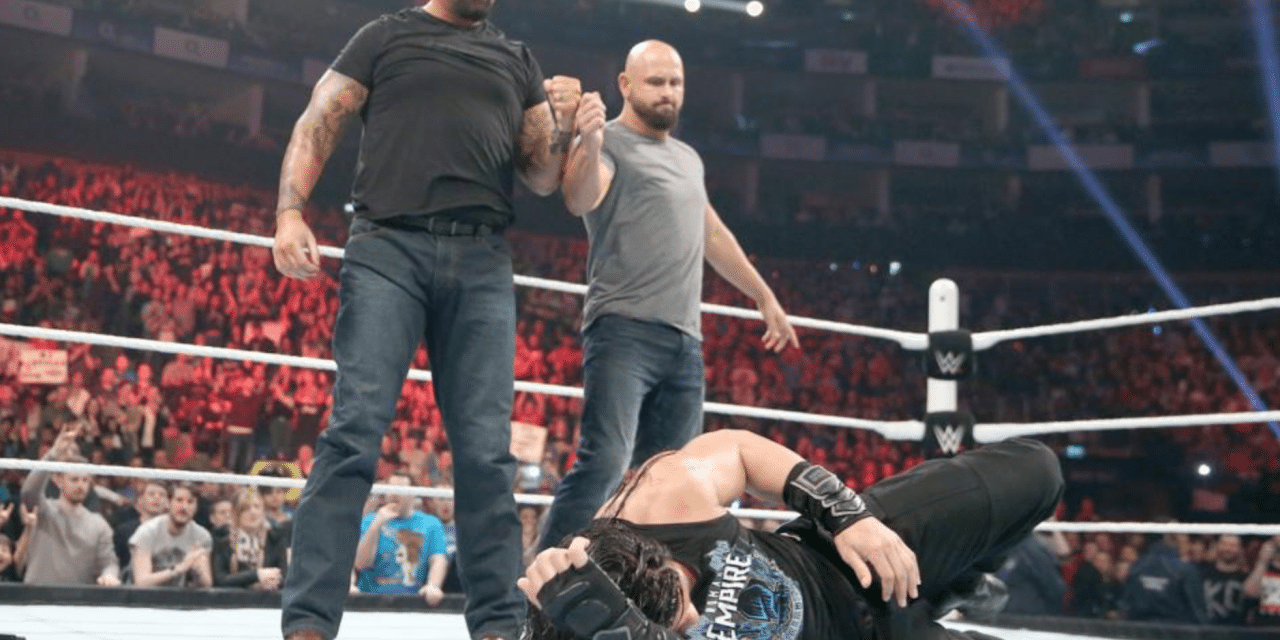 This was something of a light week, as both MVP and Bret Hart were traveling (presumably not together), so no VIP Lounge or Sharpshooter Show. Flair apparently ended his contract with CBS and does plan to continue his podcast, but it’s on hiatus until it finds a new home.

The podcast week in review, brought to you by Weebly (or our Amazon and WWE affiliate links).

“He’s awesome on everything except Raw and WrestleMania.” – Mr. St. Laurent on the Miz

“If he has a degree in Economics, I would think not.” – Court Bauer, when John Pollock suggests Economics Degree holder Bad Luck Fale could buy TNA

“When you start any new series you have to try and find an audience. You have to put it out there and have faith that enough people will latch onto it that it becomes a success. But with Game of Thrones, because it’s based on these series of books that are already hugely popular, we had a huge audience already in place who were going to watch it because they love the books. But what you have then is you have a solution to a problem that creates a new problem, because you got an audience there who’s going to watch it, but you also have an audience that potentially really piss off if you don’t get it right.” – John Bradley on Game of Thrones fandom

Steve Austin Show #317 (4/19/16): Steve sits down with country singer Easton Corbin and his manager Chris Tate. They talk about…well, exactly what you would expect: touring, hunting, not washing your truck, etc. If you’re into Corbin Easton, you’ll probably enjoy this, but I’m not so I had a hard time paying attention. Why couldn’t it have been Baron Corbin instead? THUMBS DOWN

MLW Radio #223 (4/19/16): Konnan is late, of course, so Court and MSL kick off the show discussing MSL’s recent run-in with Teddy Hart and Courts adventure at Combate Americas. Konnan shows up 20 minutes into the show to talk about his tour in Chile. Then we move to the usual news, including a potential sale of TNA, Monday Night Raw, and an interesting discussion on pushing and presenting new talent from NXT. Some solid discussion. THUMBS UP

The Ross Report #114 (4/19/16): Austin Aries is here for an interview that appears to be taped some time before WrestleMania. The show is again structured around Twitter questions, which hits most of the topics you’d hope for: influences, being a Vegan, the art of promos, his stature as a smaller wrestler, wrestlers he’s trained, the 2/3 falls match with Bryan Danielson, why he left TNA, and more. While the interview is comprehensive, it’s also pretty dry, and nothing about working in NXT. <Aries’ interview starts at 16:25> THUMBS UP

Talk is Jericho #240 (4/20/16): Bullet Club alumni and new WWE roster members Karl Anderson & Doc Gallows sit down with Y2J. There’s lots of talk about working in Japan, Gallows’ time wrestling in Nigeria, the Bullet Club phenomenon, having to leave New Japan, eating ice cream with CM Punk, and a lot more. Karl and Doc are total characters with some fun stories (some of which you’ve heard before, but they’re still funny). This is a lot less anarchic than their old Talk n’ Shop podcast which actually makes for a superior listen. THUMBS UP & BEST OF THE WEEK

Bauer & Pollock (4/20/16): The Connor McGregor possible retirement naturally takes the lead slot in the show, with an interesting discussion of the current landscape. We also get talk of the possible sale of TNA, the announcing landscape in WWE, Trump and the WWE, New Japan’s upcoming Dontaku show, the status of Cody Hall, Bad Luck Fale: Renaissance, John Cena’s new show bombing, Total Bellas, and a remembrance of Ric Rude on the anniversary of his death. They spent more time on the topics than usual, which made for an entertaining show. THUMBS UP

Art of Wrestling #298 (4/21/16): Rockstar Spud makes his AoW debut. The main theme of the show is being a superfan and getting into wrestling, and what it means to go from watching people on TV to working with them. Spud also talks about moving to the U.S., his experiences on British Boot Camp, and the time Colt told him to settle down in the locker room. Spud comes across as such a big fan and nice guy; it makes you really hope TNA survives so he can have a place to ply his trade. THUMBS UP

Steve Austin – Unleashed #318 (4/21/16): Steve chats with David Walker of the Firestone Walker Brewing Company, to talk about brewing beer. That’s really it. His story about how a guy from England found his way into beer brewing in America is of some interest, but the rest is about barley and hops. Maybe if you’re super into beer you’ll want to wade through this, but it was hyper boring to me. THUMBS DOWN

The Jim Cornette Experience #124 (4/21/16): There’s a long opening where Jim talks about his computer getting fixed and calls for peace in the Lance Storm/Brian Last feud. Then Kevin Sullivan joins the show to talk about the recently deceased Blackjack Mulligan, with lots of stories of beating guys up, a funny story about having to sell little for the Road Warriors, and an explanation of Blackjack’s prowess in both interviews and creating opponents. Most shows will just tell you that someone was great; this one did a great job explaining why someone was great. <Sullivan’s interview starts at 36:10> THUMBS UP

Talk is Jericho #241 (4/22/16): John Bradley, who plays Samwell Tarly on Game of Thrones, is the guest. There’s of course a lot of talk about his character on GoT, which totally went over my head as I don’t watch the show, so discussion of killing a White Walker meant zilch to me. But the discussions of the process of filming the show, making friends on set, and dealing with this brand of fandom were all quite interesting. If you watch the show you’ll likely enjoy this greatly, but even if you don’t there are some interesting tidbits here. <Bradley’s interview starts at 5:33> THUMBS IN THE MIDDLE

MSL & Sullivan Show (4/22/16): A bit of a change, as the show kicks off with the Nitro review, covering the back half of the September 22nd 1996 Nitro. There’s a lot of discussion on Virgil’s debut and his dependability, plus the infamous moment where Scott Hall asks the Giant if Andre was his dad. Then we hit a lengthy mailbag with interesting topics like heels selling merchandise, rebooking WrestleMania IV, Bruiser Brody’s selling, and the origins of tag team wrestling. I somewhat missed the current events discussion, but there was still plenty to recommend here. THUMBS UP 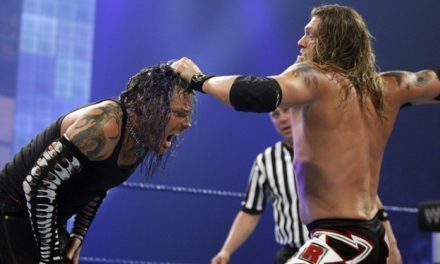