Rob McCarron goes live with a special, impromptu VOW Live call-in show! We take your calls on Kamaitachi in ROH, Samoa Joe winning the NXT Championship, what’s next for Finn Bálor, what’s next for Shinsuke Nakamura, TMDK in NXT, and much more. Plus, the debut match for Luke Gallows & Karl Anderson has been announced, and Joe Lanza kills a Killer Elite Squad rumor from earlier today.

A fun show as always, so check it out! 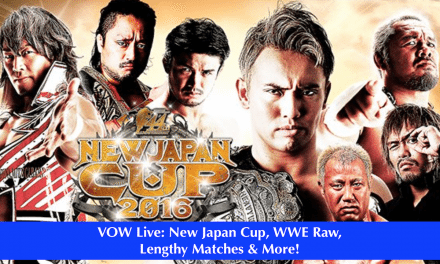