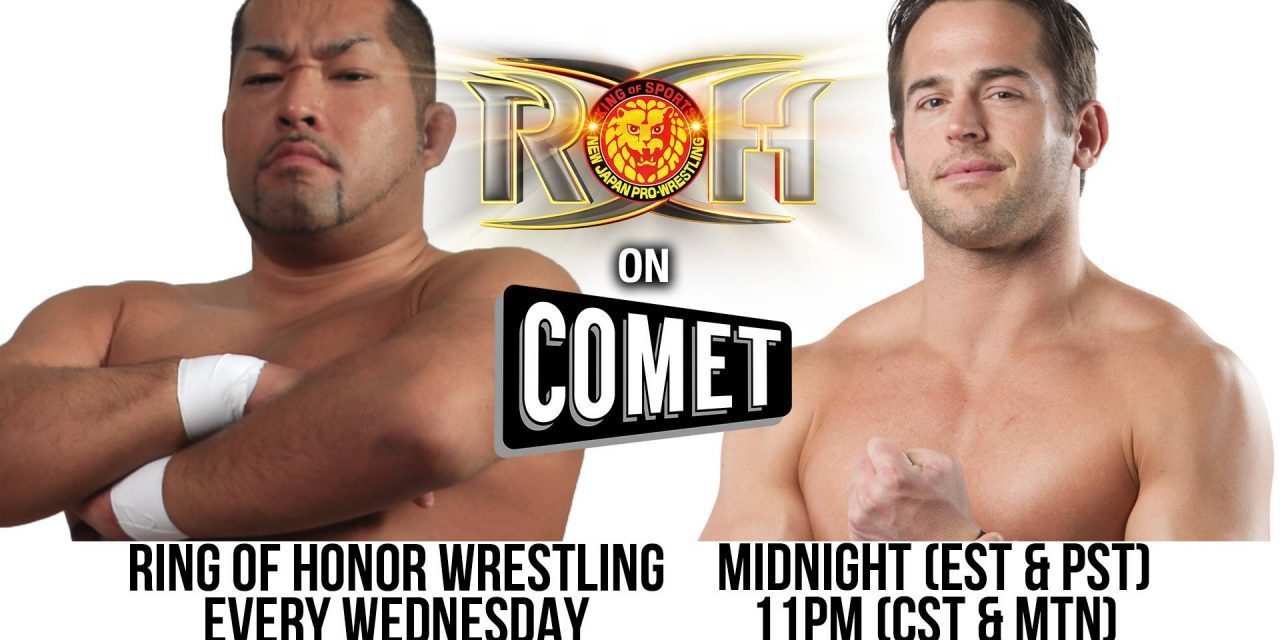 This week is the first of a number of episodes that will cover the two NJPW/ROH Honor Rising shows, which took place in mid-February from the legendary Korakuen Hall in Tokyo, Japan. Since there were two excellent reviews put up of both Night 1 & Night 2 right after the shows took place (written by Rob McCarron & Joe Lanza, respectively), I’m going to give a more brief synopsis for this episode, because there were some things that were different from this version of Honor Rising, compared to what you would see on NJPWWorld.

Before I get into that, I just want to talk about the fact that they’re showing the Honor Rising shows on ROH TV. I think it’s pretty cool that they’re doing this. ROH fans who may not really follow New Japan that much get to see some of their favorites compete overseas in a New Japan setting. With the four big joint shows coming up in May, it’s also a good time to show off some of the New Japan Talent who will be appearing during Global Wars & War Of The Worlds. For example, in this episode we got to see Jushin “Thunder” Liger, Gedo and Tomohiro Ishii, who will all be coming over to North America for these big Super Shows with ROH.

However, while I think there is a good aspect to the timing of these episodes, there’s also a negative side, particularly with this episode. I feel like it would have been timelier if these shows had aired before the stuff that was taped for TV in Las Vegas. It just creates some weird continuity issues, and that was shown clearly through the Main Event this week, which showed the Roderick Strong/Tomohiro Ishii match were Ishii captured the ROH World TV Title. The fact that this was shown on TV only a few weeks after Ishii successfully defended the title against Cedric Alexander on an episode of ROH TV just points out the glaring continuity issue. Even if they didn’t want to air all of the stuff from Honor Rising before the shows they taped in Las Vegas, they could have at least put this before the episode with Ishii vs. Alexander. It just made this episode come off as very weird to me. Hopefully that feeling won’t be as strong on upcoming episodes that don’t feature title matches.

Now as far the show itself, there were a number of things that we got here that we didn’t get with the full versions of the Honor Rising events on NJPWWorld. The most obvious difference is that Kevin Kelly & Mr. Wrestling III provided English Commentary. Now both versions of the Honor Rising shows on NJPWWorld didn’t have any commentary, English or Japanese (as least to my recollection there was no Japanese commentary). I know some people were a little disappointed that there wasn’t any English Commentary when the shows actually took place, and I know that there are those who do enjoy New Japan live events with no commentary. Either way, with these episodes now being shown on TV, I think it satisfies both sides. Opinions vary on Kevin Kelly & Mr. Wrestling III, but I think they did a solid job here with commentary for this episode (at least, in my opinion).

We also got some special behind-the-scenes footage from these events. Footage was shown of some of the ROH Talent arriving in Japan, as well as from when the ring was being set up in the venue. There was also footage that focused on some specific wrestlers. They showed Moose warming up inside Korakuen Hall, and taking pictures with fans (this included a cameo from none other than Shelton “X” Benjamin, who now wrestles in NOAH as part of Suzuki-gun). Dalton Castle was also focused on. They showed clips of him signing autographs with fans, and exploring the sights of Tokyo with ROH Senior Referee Todd Sinclair. In addition to all of that, ROH put out a video of Dalton Castle visiting a “Cat Café”, which is indeed something that exists…

Something else they also did show was the much talked about “backstage confrontation” between Bobby Fish & Roderick Strong that was brought up on television a few weeks back. I’m actually glad that they actually did provide something with regards to this supposed confrontation. It ended being just a verbal spat between Fish & Strong. It actually had me a little confused when I first saw it. The way it had been talked about on TV a few weeks ago made it seem like it was a physical confrontation, and not just a verbal back & forth with Fish trying to get into Strong’s head. A bit underwhelming, based on what I was led to believe, but at least it was addressed.

As far as matches are concerned, this week we saw three matches from Night 1 of Honor Rising: Dalton Castle & Ryusuke Taguchi vs. Jushin “Thunder” Liger & Matt Sydal, Delirious vs. Gedo, and Roderick Strong vs. Tomohiro Ishii for the ROH World TV Title. The opening tag is fine, but only really worth watching to see the reactions of the Japanese crowd to Dalton Castle. Delirious/Gedo was just kind of there. I honestly thought their match in Philadelphia last year was significantly better. The big hook for this show is obviously the Main Event, which I though was pretty great. Looking back at it months later, Strong backdroping Ishii from the ring apron to the floor is one of the scariest looking spots I’ve seen thus far this year. If you’re interesting in star ratings, here are mine:

Just to quickly recap, if you’ve already seen Night 1 of Honor Rising, then the only reasons to check out this show are for the English Commentary and some of the behind-the-scenes footage. Other than that, you’re really not missing much. 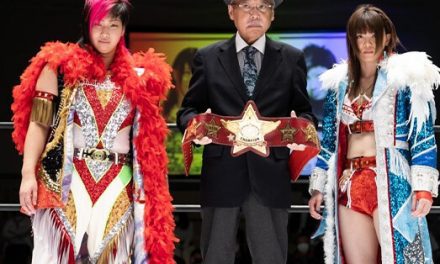 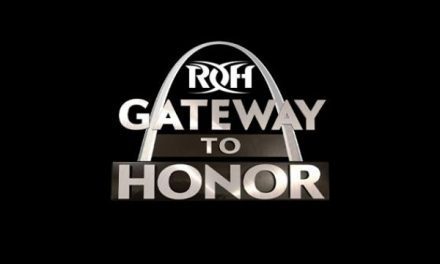 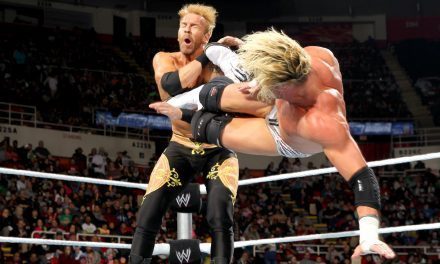