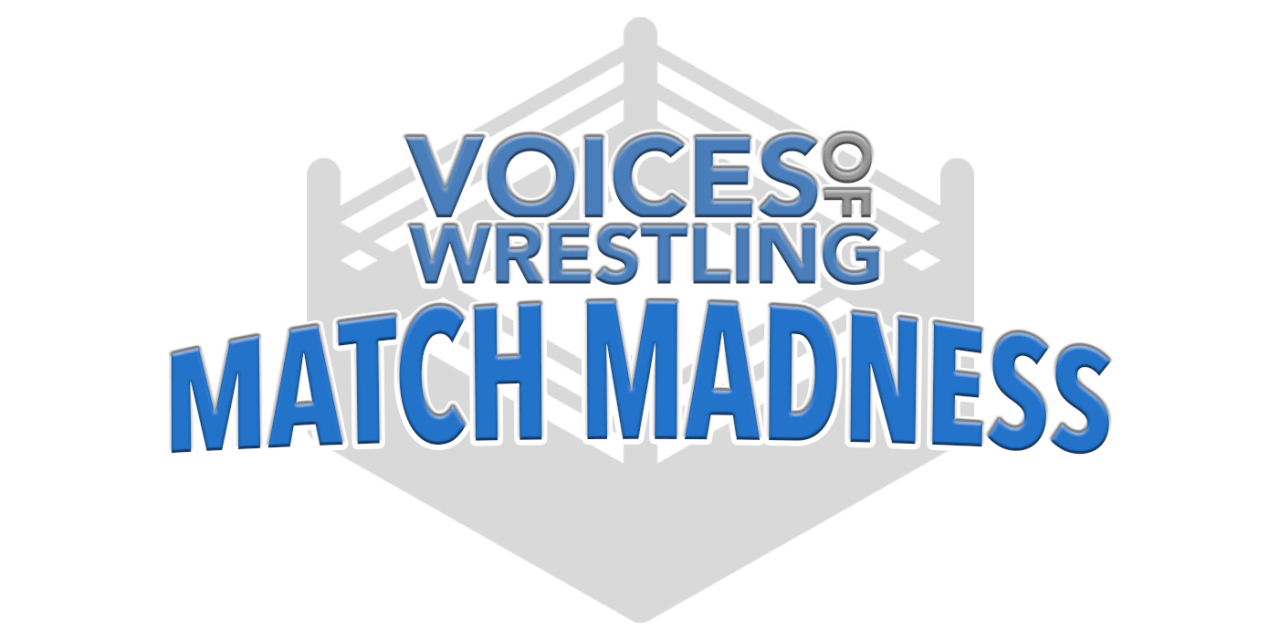 The Final Four of VOW’s Match Madness consisted of four wrestlers who all had ties to NJPW, if even just slightly. Zack Sabre Jr, a regular for Pro Wrestling NOAH over the last couple of years, took on Kevin Owens. Owens, most popular for his recent run in WWE, was an independent wrestling standout for nearly a decade prior. Owens grabbed an early lead over Sabre Jr, and never let go.

The other semi-final featured two rivals from NJPW, although the winner of the matchup now calls WWE home. Yes, NXT’s Shinsuke Nakamura was the first to even have a lead over Kazuchika Okada at any point in the voting, and that lead never went away. The Brian Pillman Region champion, Shinsuke Nakamura, now battles the Ric Flair Region champion, Kevin Owens, in the Match Madness Championship match. 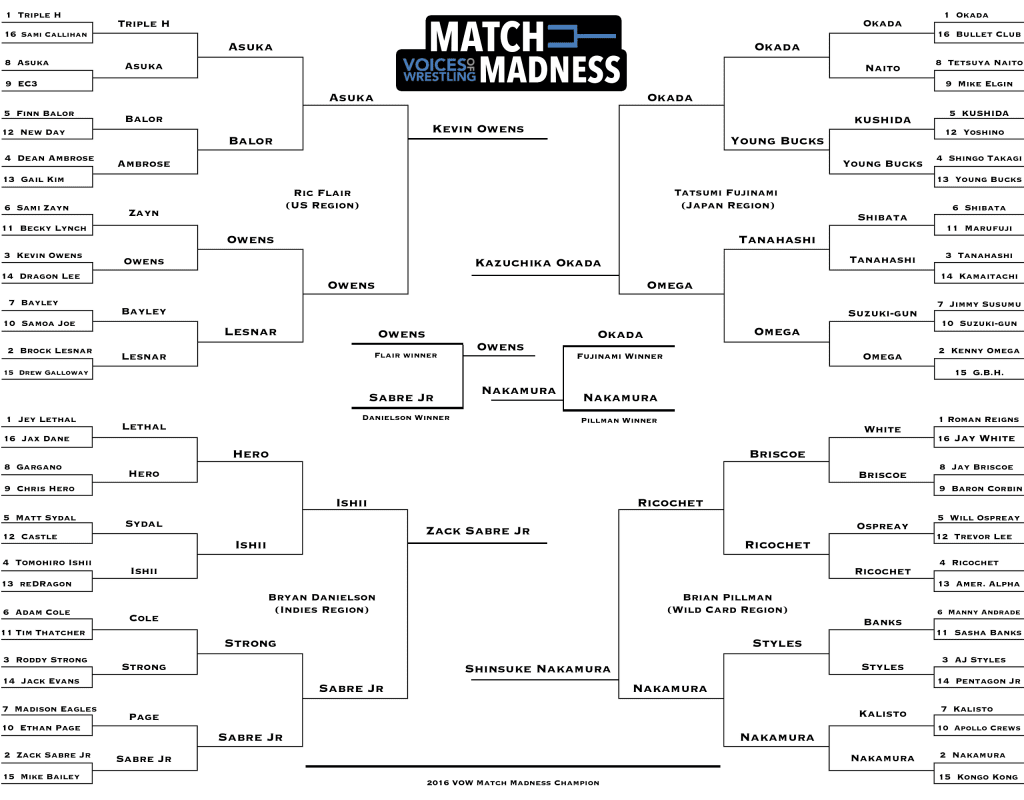