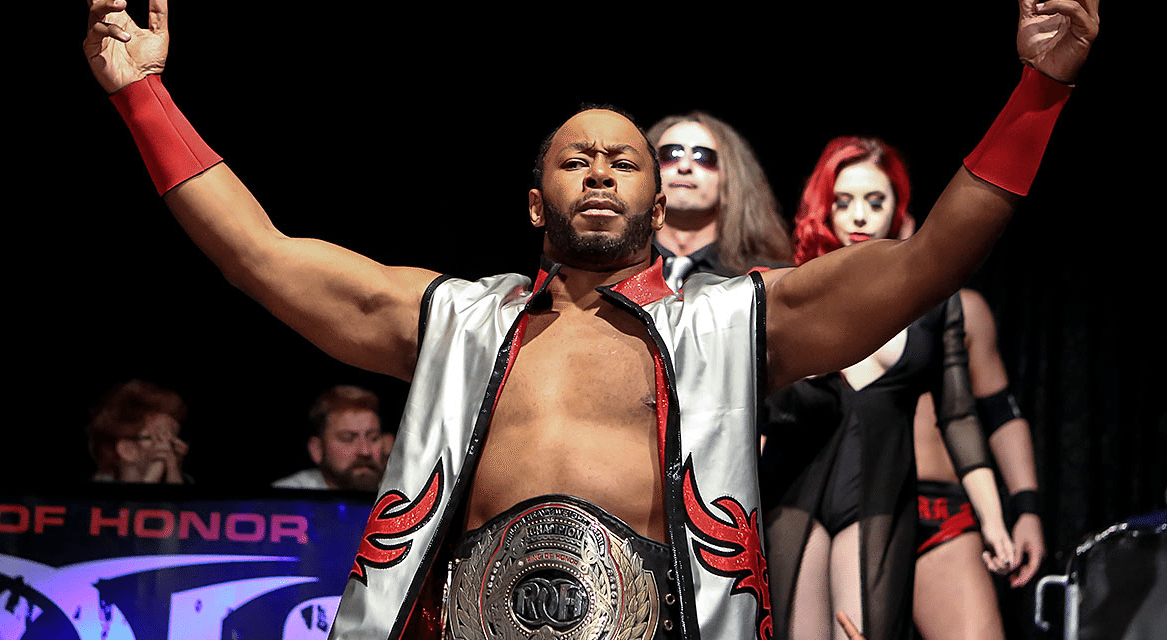 There are heel champions and then there are champions who are heels. “What’s the difference,” you might ask? Actually – there’s quite a big difference.

Current Ring of Honor World Heavyweight Champion, Jay Lethal, is an increasingly rare example of the champion heel; a refreshing throwback allowed to thrive in a current landscape judged largely on ingenuity and originality. Not only does Lethal serve as the most high-profile example of a compelling champion heel today (Roderick Strong’s recent run in Pro Wrestling Guerilla was equally compelling but significantly less visible), but he also represents the first real time exposure to the underutilized character type for many fans.

It’s been almost a full year since Lethal dethroned Jay Briscoe to become champion at Best in the World last May. In that span he has firmly established himself as the top heel of the promotion while also serving as the face of the promotion both domestically and abroad. ROH’s calculated choice to present a champion heel as its main figurehead has hardly stifled the company’s momentum as it continues to become available in more markets across the country.

The distinction between a heel champion and a champion heel is an important one to make. The concept of a traditional heel champion is a tested storytelling device often used to create a credible obstacle at the end of a hero’s journey. Heel champions are essentially trusted place holders; characters that maintain the standing of a promotion’s primary title, while at the same time generating valuable heat that makes the eventual loss that much more meaningful. Heel champions are an important facet of the psychology that creates beloved heroes.

Being viewed as undeserving of the champion moniker is the primary attribute of a heel champion. More often than not these characters are only capable of winning/retaining the title as a result of egregious cheating. Heel champions are often presented as cowards and go out of their way to avoid a fair fight; they are plotting, opportunistic and often rely on the help of other heels to succeed. Heel champions are almost always more concerned with maintaining championship status rather than the honor of being a champion. When executed correctly heel champion characters can add a great deal of intrigue to a larger narrative centered around a specific hero.

‘Nature Boy’ Buddy Rodgers was not the first heel champion of the industry he was, however, the first to achieve significant notoriety specifically due to his brilliance in that role. In addition to his innovative heel character (which expanded on the Gorgeous George character established in the 1940s) Rodgers drew heat from the very fact that he was a champion in the first place. That heat was cultivated when Rodgers dropped the NWA title to Lou Thesz in January of 1963 and the World Wide Wrestling Federation title to Bruno Sammartino in May of that same year.

14 years later, Sammartino dropped the WWWF title to the next significant heel champion of the industry, Superstar Billy Graham. Like Rodgers before him, the best work of Graham’s career was during his nine-month stretch as a heel champion. His talent notwithstanding, Graham’s placement at the top of the card was strategic in nature; designed to eventually crown Bob Backlund as the next supreme hero of the perennial New York territory. Graham was the first in what would become a long line of heel champions used by the McMahon family to transition their title to a new supreme hero. The Iron Sheik, Randy Savage, Yokozuna, Shawn Michaels and The Rock all served as heel champions with varying levels of success. Most recently Sheamus and Triple H each served the same role in an attempt to present Roman Reigns as the new supreme hero.

The McMahons have hardly monopolized the heel champion device. Vader served the role for WCW in the early 1990s prior to Ric Flair’s babyface return. The character of Hollywood Hulk Hogan was certainly intended to be a heel champion character later in the decade as well. Raven and Shane Douglas each flourished in the role as ECW champions. Most recently AJ Styles fit the bill while working under the New Japan Pro Wrestling banner.

Champion heels, on the other hand, possess a drastically different set of characteristics. While certainly not above cheating to gain an unfair advantage, champion heels rely on their in-ring talent much more than their heel counterparts. Champion heels may not have the adulation of an audience but they do have its respect. A champion heel’s primary heat source is his or her personality, rule breaking is secondary. These characters often (but not always) establish themselves as babyfaces before a well-timed heel turn, which normally takes place directly before or after a championship reign.

The list of prosperous champion heels throughout history is significantly shorter than notable heel champions due to a number of contributing factors. For one, establishing a champion heel is a long process. Prematurely pulling the plug on a champion heel’s title reign can easily transform the character into a more traditional heel champion and erase the foundation required to maintain such a character. Champion heels also require significant creative investment; they are perhaps the most fragile characters in all of pro wrestling. Failing to produce viable challengers packaged within compelling stories can dilute the character’s heat and make the main event picture appear boring or stale.

Harley Race was the first champion heel of significance. Nick Bockwinkle’s run during the closing days of the AWA is another prime example. Stan Hansen portrayed the role to perfection during his time in Japan. CM Punk’s 2011 title reign and Brock Lesnar’s 2014 title reign, to a lesser extent, are the only two examples in WWE’s history. Of course, the most decorated champion heel in the history of the business was Ric Flair, with an emphasis on his work from 1981-1991.

Ironically Flair is one of two performers Lethal grew up idolizing (Randy Savage being the other). Like Flair in his prime, Lethal’s character is unique among his current champion contemporaries from other promotions. He’s certainly not afraid to break the rules or benefit from the antics of Truth Martini, but at the same time Lethal is a ruthless competitor; a man obsessed with being the absolute best. Unlike most heels Lethal does not run away from a fight, an attribute highlighted by his refusal to vacate the Television title after his championship win. Simply maintaining control of his title is not good enough, instead he is driven to prove himself the best first generation wrestler that ever lived. That is the essence of a champion heel.

Since last May Lethal has been pitted against a wide variety of opponents in various storylines designed to create the champion heel persona. A series of technical matches with Roderick Strong, headlined by a 60-minute draw at Death Before Dishonor XIII, matches against Bobby Fish and Kyle O’Riley on the same night, a physical battle against AJ Styles at Final Battle, strong style contests with Mike Elgin and Tomoaki Homna, a fast-paced threeway with O’Riley and Adam Cole at the 14th Anniversary show and an impressive television match against Hirooki Goto. The stories around these matches, and Lethal’s performances in the matches themselves, developed his champion heel character with focus and refreshing clarity.

Most recently, Lethal began a program with Donovan Dijak, in which it appears his stellar work is beginning to carry over into the babyface territory; a common occurrence with champion heels as the audience transfers its’ respect to adulation. Lethal’s heel run has allowed him to become one of the more nuanced characters presented by ROH in quite a while. A full-fledged face turn, if presented properly, would do little harm to the character, but would likely end the possibility of continuing the character as we currently know him. As we inch closer to his one-year anniversary of winning the title it will be interesting to follow the progression of the character as it approaches this important crossroads. Will he remain a pure champion heel, toe the line between face and heel; adding another layer of depth to the character, or will ROH choose to cash in on its audience’s investment and re-imagine the character in hero form?

As they say in the pro wrestling business (or used to anyway) – tune in next week to find out!