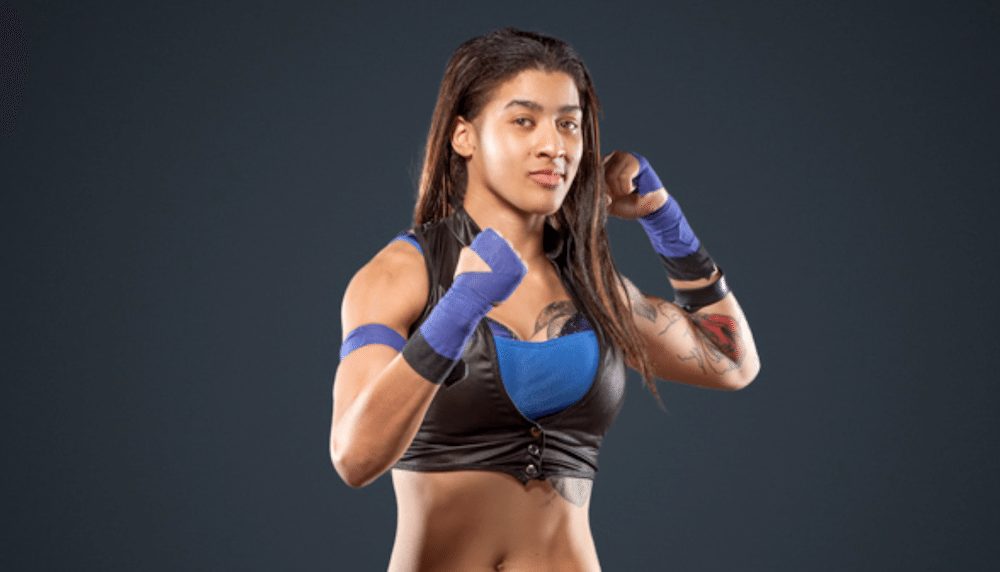 Welcome to VOW Listiclemania! Look, our boss is out of town getting hitched, so we’re spending our Thursday getting a bit silly. Don’t worry! The site isn’t changing. But today, VOW goes wild with Listiclemania – A series of artcles looking at some of the lighter side of pro wrestling in list form. We hope you enjoy! You can provide feedback in the comments section, or on our VOW Forums.

Between the Bayley vs. Asuka match at NXT: Dallas and the WWE Women’s Championship three-way at Wrestlemania, it would be easy to think that all of the talented female wrestlers have been scooped up already. But there are still so many talented women out there that WWE should be sending contract offers to right now. Here are nine of the best just waiting for the call from New York.

Note: I did not include any of the incredibly talented Japanese wrestlers in this list due to the more complex issues involved in their being brought into the WWE fold. For a taste of that scene, check out the new Stardom streaming service via Youtube.

Recently, when asked to name my top 5 wrestlers in the world, I did not hesitate to include Eagles in that list. I don’t believe she is capable of having a bad match. The matriarch of the very talent rich Australia/New Zealand women’s wrestling scene, Eagles has an astounding combination of size, strength, agility, and personality. This two-time Shimmer Champion would be an instant game-changer for the division. Able to play the delusional arrogant heel or the avenging angel of death face, Madison Eagles is the kind of talent that a division can be built around.

LuFisto has defeated a list of opponents that can make anyone stand up and take notice. This includes not just other wrestlers in the ring, but the Canadian government, heart surgery, and a stroke. After that winning deathmatches with light tubes are barbed wire seems much less frightening. This veteran has a few years left in the tank, and could easily move into a teaching role when her in-ring career winds down. One of the best at combining humor with vicious attacks, LuFisto can make the crowd laugh even while making her opponent cry.

Savoy is an absolute prodigy, and the brightest young talent in America. Just 4 years since her debut, she has quickly risen through the ranks and is the current Heart of Shimmer champion. Savoy has MMA training and it shows up in her aggressive striking and tenacious submissions. She finished off three straight opponents at Shimmer 80 by submission to claim her title. With the ring presence of a seasoned vet, and the kind of youthful cool that is hard to find in the world of pro wrestling, Nicole Savoy has superstar potential, and WWE would be wise to get in on the ground floor of this talent.

If you remember Rosie Lottalove from TNA, you may think I’ve lost my mind by including her on this list. But take a look at her transformation. She has turned into a ring monster, quick enough to work with anyone but still big enough to toss opponents around like ragdolls. Other than Nia Jax there is a lack of physically imposing women in WWE right now. Andrea would be an immediate threat to anyone based on her size and strength. A healthy roster needs all type, and sometimes there needs to be someone to truck people and have hoss fights.

Speaking of all body types, James is the smallest person on this list, at just five feet tall and 110 pounds. But she can hang with anyone of any size, using a mix of speed and grappling skill to level the playing field. Her work in Anarchy Championship Wrestling has allowed her to cultivate not just her own character, but to form an alter ego named Lady Poison that works an entirely different style. This kind of skill at honing her persona would be a big plus for someone entering WWE. Whether an endearing underdog or a supernatural force of nature, James has the ability to ably fill multiple roles in the division.

One of the standouts of the Australian scene that Madison Eagles helped create, Kellie Skater is the best babyface out there. Starting as a ludicrous Crash Holly takeoff, the “Rate Tank” has become the most popular woman in Shimmer. Multiple tours of Japan, and her successful tag team with now-retired Tomoka Nakagawa, have made her into an honorary Joshi. When Nakagawa had her final match in America, Skater was the only non-Japanese woman invited to take part. Deceptively tall and strong, Skater has excellent striking skills and grappling knowledge. Kellie Skater is impossible not to love and would certainly be a great addition to the side of good in WWE.

And right alongside (or facing off with) Skater is Evie, who has already been seen in NXT losing to Nia Jax in Nia’s debut. Evie showed off some of the skills that have made her a well-regarded wrestler on multiple continents. Known as the leader of Team Kick, Evie has what Jim Ross would refer to as “educated feet” and shows off their schooling as often as possible. She would instantly have the most dangerous kicks on the main roster, and may even have harder strikes than Asuka. Evie’s enthusiasm for wrestling is infectious, and she is always exciting to watch in action.

Unlike the other names on this list, Knight is here for one very specific reason. After her multiple appearances on Total Divas a section of the WWE audience is already familiar with Paige’s mom. It would be a shame if WWE never took the chance to capitalize on possible angles that Paige and Saraya could do. Even if it was just a single arc with Saraya coming in to help Paige, eventually turning on her, and finally being driven out by Paige it would be a great way to give Paige more depth and give the division a needed dose of edginess. While her routine would have to be modified for WWE, since her current work would have been raw even in the Attitude Era, she knows how to make people hate her. The division needs someone a little scary, and Saraya can be terrifying.