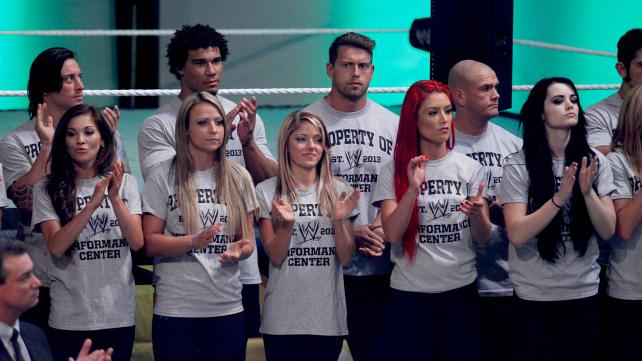 WWE takes a lot of heat by those claiming that NXT is just a moneyed super-indie. The WWE Performance Center is home to some of the best independent talent over the past decade, it’s true, but the Performance Center has been a training ground for many of WWE’s best homegrown talents.

Excluded from this list are the very people critics point to. Finn Balor, Samoa Joe, Shinsuke Nakamura, Sami Zayn, Neville… you won’t find any of them on this list. They were essentially complete wrestlers when they arrived in Orlando.

The perfect example of what NXT and the Performance Center can do. Jason Jordan would’ve been out on his ass years ago in a different era. With NXT, the investment is low enough for Jordan to go back to the drawing board three or four times before catching fire with Chad Gable (who isn’t on this list because he’s a natural and would’ve found success anywhere in this business). And though Jordan has a lower ceiling than his tag team partner, don’t belittle what he brings to the table. Jordan is great in sprints as an incredible athlete, and already has one of the best hot tags in the company.

Emma could easily have been listed as one of NXT’s biggest failures if not for 2015. Emma’s return to NXT and subsequent pairing with Dana Brooke after a failed debut on the main roster turned her into an entirely new character. Not only is the Performance Center a place to train and teach future pro wrestlers, but an opportunity to fix what hasn’t worked so as to not lose a worker as talented as Emma.

Speaking of repackaging, Eva Marie was (and is, really) one of the worst professional wrestlers on the roster. But what if wrestling wasn’t really her role? There was nowhere on the main roster for Eva Marie to become the heat magnet she became in NXT. NXT viewers pay attention to wrestling – especially women’s wrestling. Even if Eva Marie’s gimmick on the main roster was “bad wrestler,” fans watching main roster WWE events would’ve just taken it as another botch of the #DivasRevolution.

Never has a tag team name fit better for a team than The Revival does for Dash and Dawson. Both Dash Wilder and Scott Dawson were enhancement guys and neither were going to rise up to challenge the Finn Balors and Samoa Joes of the world. Together, however, they rejuvenated the tag team division in NXT – the product of which we’re already realizing on the main roster – and created a throwback team that’s exactly of our era, but wouldn’t look out of place in 1985 NWA.

Though The Revival revived the tag team division, Enzo Amore and Colin Cassady had been waiting for a dance partner to move the tag team needle for a couple years before Dash and Dawson came around. They’re the quintessential big guy-little guy tag team. Enzo is Jerry Mouse with a big mouth and Big Cass is Spike; together the pair continually fight off a company of Tom Cats. This analogy has gone too far…

Sure, Charlotte was an athlete before moving to Orlando. And sure, Charlotte’s father is inarguably one of the greatest professional wrestlers who ever lived. But Charlotte started at zero in the Performance Center and has risen to a level worthy of becoming the inaugural WWE Women’s Champion. The advancement of women’s wrestling in WWE can be attributed to a number of wrestlers, but Charlotte has made some of the largest strides so far.

Continue with the 11 Greatest Successes of the WWE Performance Center on Page 2 (Top 5!)