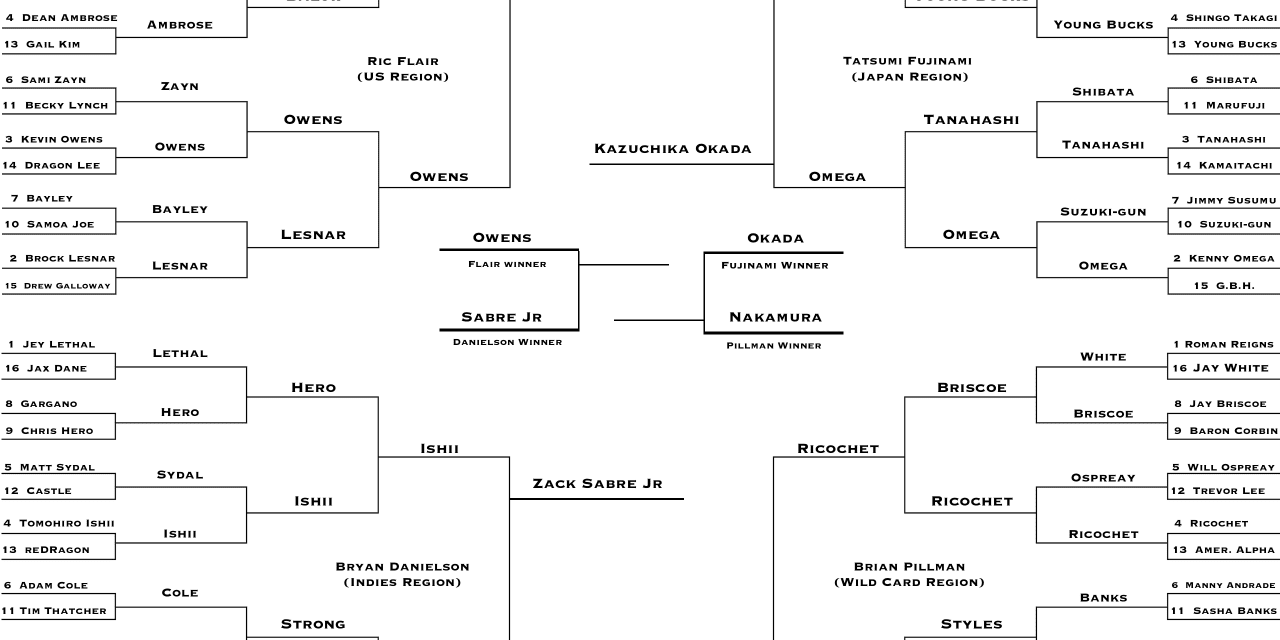 The Elite 8 was dominated by the low seeds, with no upsets happening in the round. The closest match was Omega vs Okada, with Kenny Omega narrowly losing out on votes to the (now) former IWGP Heavyweight Champion.

The voting did end early, as our website server switch caused some disruption with the Match Madness area of our Forums. For that, we apologize. The Final Four should be all good to go!

The Final Four of Match Madness pits current NXT Superstar Shinsuke Nakamura up against a familiar foe in NJPW’s Kazuchika Okada. Plus, WWE’s Kevin Owens goes up against a soon-to-be WWE Network star in Zack Sabre Jr. For all of the craziness in the brackets, high seeds beating low seeds often and more, we get a #1, two #2s, and a #3 in the final four. 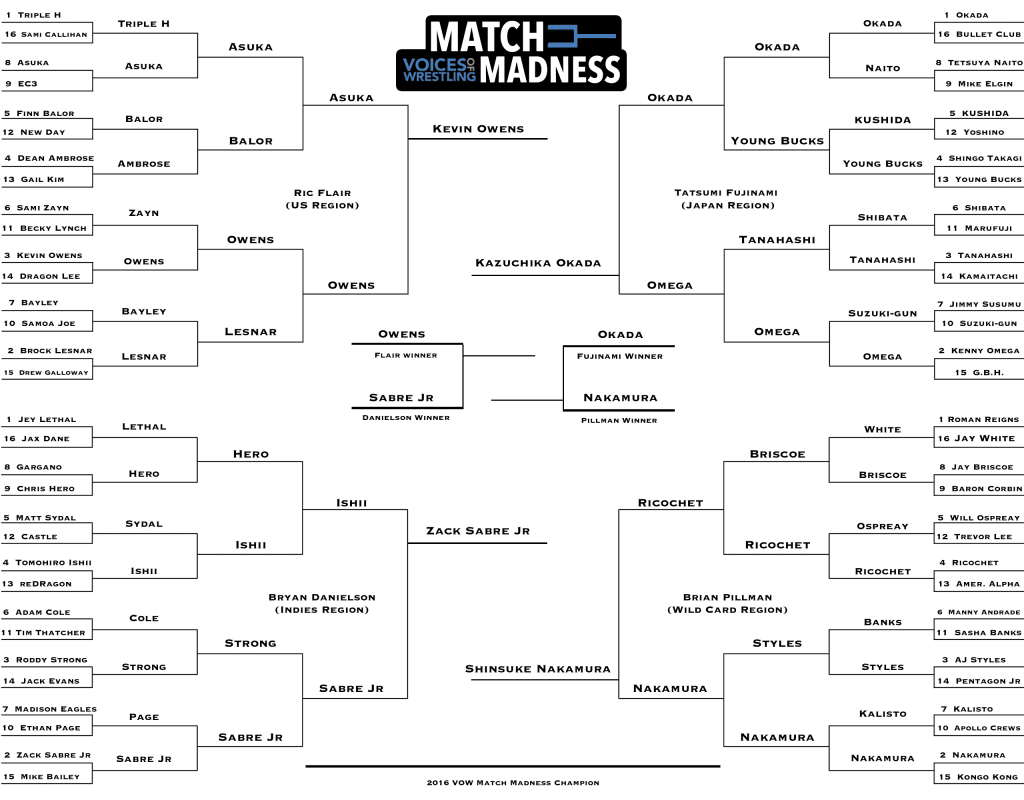