Sports Entertainment At Its Best: The Undertaker vs. Shane McMahon

The pro wrestling vs. sports entertainment debate remains as polarizing in 2016 as it ever was; a vexing yet accurate truth. Pro wrestling traditionalists place an emphasis on concepts like work rate and in-ring psychology. Sports entertainment enthusiasts generally categorize a story as a success or failure based on whether or not they feel sufficiently entertained. A traditionalist champions the ‘This is Wrestling’ chant. An enthusiast is more likely to chant, ‘This is Awesome’. For all the passion on both sides of the argument, the issue itself has been settled for over three decades, at least as it pertains to WWE; the perennial Roe vs. Wade case of the industry with no sign of significant change imminent.

Vince McMahon has unequivocally defined his product as sports entertainment and presented it as such since the day he first took control of his father’s business. The very concept of WrestleMania is the manifestation of that exact philosophy. Hulk Hogan and Mr. T vs. Roddy Piper and Paul Orndorff was the culmination of the Rock-n-Wrestling Connection angle that served as the catalyst for the original WrestleMania to occur in the first place. The immovable object named, Andre ‘The Giant’ against the irresistible force known as Hulk-a-Mania defined WrestleMania III. The clash of two larger than life titans, Hogan and Ultimate Warrior, headlined WrestleMania VI. The unpredictability of Mike Tyson surrounded WrestleMania XIV; Steve Austin vs. Shawn Michaels competing for the championship was almost secondary. The Undertaker vs. Michaels at WrestleMania XXV was a melodramatic representation of heaven versus hell; darkness versus light, yet it’s considered one of the greatest matches of all time by pro wrestling traditionalists and sports entertainment enthusiasts alike.

Detractors of WWE’s current product gravitate toward matches like Sami Zayn vs. Shinsuke Nakamura or Finn Baylor vs. Samoa Joe faster than a mosquito flies toward a neon light. Events like TakeOver:Dallas are held in high regard not just for their obvious brilliance, but for what they represent to a large portion of the viewing audience; the antithesis of McMahon’s coveted brand of sports entertainment. This despite the inconvenient fact that NXT could not exist without McMahon first allowing it to do so.  Conversely, the majority of these detractors (or at least the ones active on social media) couldn’t place enough distance between themselves and matches like The Undertaker vs. Shane McMahon if the match took place on the moon.

Happenings like the exorbitant Hell in a Cell match, which featured a plethora of overlapping stipulations and plotlines, are presented as damning evidence of the detrimental effects sports entertainment has inflicted on WWE as a whole. However, a thoughtful examination of the loudest opposition to last Sunday’s pseudo main event proves this theory false.

The loudest and most consistent criticism of the dual prior to WrestleMania (according to my unscientific research) charged that the story simply made no sense. Gaping plot holes and a serious lack of credibility, or believability, hindered the ability to suspend disbelief, thus making it unworthy of a high profile WrestleMania match. This is simply incorrect. As is often the case, especially on social media, personal preference is often morphed into valid critique. A personal opinion, while an acceptable explanation as to why one either enjoys or dislikes a particular story, cannot speak to sound storytelling practices.

In point of fact, no other WrestleMania 32 story made more sense than Undertaker vs. Shane. The shocking return of the prodigal son; the once heir-apparent banished from the WWE universe returning to reclaim what he believed to be his birthright. Infuriated by this act of disrespect and arrogance, Vince manipulated his son’s ego and tantalized Shane with a single opportunity to regain that which he held so dear. In doing so, Vince effectively neutralized the threat of the locked box contents and placed Shane in an impossible situation.

But why would The Undertaker agree to fight Shane? Why would the most beloved hero in the history of WWE agree to do the bidding of the promotion’s most hated heel? The answer is as beautifully nuanced as it is simplistic; fighting at WrestleMania, more specifically fighting inside Hell in a Cell, is what Undertaker does. Whom he does battle with holds little credence in his choice to do battle. Undertaker was available to be placed in a match, that availability presented a scenario most beneficial to Vince and his motivation to subdue the unexpected challenge to his absolute power.

Vince’s choice of opponent highlighted the opportunistic nature of his character, which has long since served as one of the primary sources of heat throughout the character’s existence. When presented with an opportunity to divide the threats to his absolute power (a tangible threat represented by Shane and a figurative threat by the audience’s rejection of The Authority) Vince pounced, forcing the audience to choose between its coveted hero or long-desired change. The eleventh hour stipulation held against Undertaker should he lose the match only furthered that divide.

Multiple stipulations within one match and the choice to actively split the audience is akin to booking malpractice for any pro wrestling traditionalist. It is true that a match with multiple stipulations runs the risk of not being taken seriously by the audience. This story, however, does not qualify for such a charge as all stipulations neatly pointed back to the primary theme, Vince maintaining his absolute power and Shane attempting to capture that power.

In terms of splitting the audience, the concept has long since been a popular criticism used by purists; splitting an audience is a counterproductive mortal sin. Once again, this is simply a false premise as it relates to a credible critique of a story. The attempted divide of the masses is a theme incorporated into some of the most compelling stories about power and legacy ever written, Shakespeare in particular used the concept more than once – The Tragedy of Coriolanus and The Tragedy of Richard III providing the best examples. The failure to present one clear protagonist and one antagonist has also proven to create compelling drama, best captured by Homer’s The Iliad. Whether you choose to support Achilles or Hector is likely to tell you more about yourself than anything Homer could have extracted had he chosen sides when penning the epic poem.

More specifically related to pro wrestling (or sports entertainment) splitting an audience has proven to be a valuable device when used correctly by a promoter. The primary goal of any promoter is to sell tickets (or network subscriptions). Creating a scenario in which the audience pays to witness the outcome of an exchange, even if for no other reason than to satiate a profound curiosity, qualifies as a compelling story and a successful promotion of an event. Ironically the traditionalist view on splitting the audience holds less weight following TakeOver: Dallas and the critically acclaimed Zayn vs. Nakamura and Bayley vs. Asuka matches that effectively split the audience twice within the same event.

This leads to the final criticism, the work rate and psychology of the match itself. Shane is not a pro wrestler in the traditional sense and has not performed in the ring for almost two decades. His lack of a credible offense in conjunction with his age and size made it impossible to believe he could stand toe to toe with Undertaker, especially within the Hell in a Cell environment. This fundamentally fails to recognize the inherent drama of the story.

Within the confines of a glorious modern day coliseum Shane proudly entered the battle stage, his young children oblivious to the impending carnage by his side; money raining down on the masses, perhaps his final act of defiant benevolence before meeting his demise. The overwhelming entrance of his would-be executioner follows, the most awesome display of the inherent power of sports entertainment ever produced. Together these unusual adversaries are locked in a structure that invites unimaginable violence. The expectation of a five-star technical masterpiece within such an environment is absurd. Instead, the critical suspension of disbelief is manufactured through the power of a visceral and morbid anticipation of deliberate maiming. The longer Shane withstood Undertaker’s furious offense, the more our imaginations descended into an uncomfortable desire to witness more.

As the match reached its zenith, Shane found himself in position for one final attempt to achieve his goal. Amidst a genuine sea of humanity, the prodigal son placed all his faith in his own ability and willingly leaped to impending doom; a moment as terrifying to witness in real time as awe-inspiring as it will undoubtedly be to relive in the future. In a scene of poetic tragedy, Shane’s ego, the very same ego used by Vince to trap his son into the match in the first place, proved more fatal than anything Undertaker could ever subject him too.

As the three-count was executed and Undertaker stood victorious, there was no divisive backlash from the audience, no resentment for the lack of impending change, only a respectful satisfaction in the story that unfolded before them. A decorated hero victorious; a fearless harbinger of change defeated.

That, ladies and gentleman, is sports entertainment.

Failing to recognize the match for the brilliance just described is hardly a crime, this is after all the most subjective of art forms being discussed. Preferring a catch-as-catch can classic, a strong style presentation or a display of a fast-paced lucha is the prerogative of every member of this diverse fraternity. Stories centered on simple themes like winning a title or achieving some form of vengeance will always have their place, and if done correctly will always serve as powerful tales. It is, however, intellectually dishonest to dismiss poorly executed pro wrestling as failed sports entertainment. Likewise, sports entertainment is more than capable of supporting itself without the traditional tenets of pro wrestling propping it up. There is adequate fertile ground for both pro wrestling and sports entertainment to cultivate enjoyable stories. The soil may be different but the crops are often the same. Dismissing Undertaker vs Shane as mindless nonsense speaks more to one’s personal preference than their ability to provide an honest critique and begs the question, why are you even watching in the first place?

Tuning into WrestleMania and expecting to consume seven hours of traditional pro wrestling, well that makes about as much sense of walking into a steak house and looking for a vegan menu, you’re only setting yourself up for disappointment. 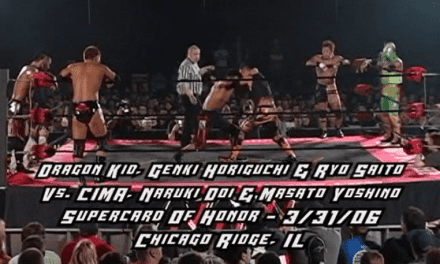 How KUSHIDA’s Vest Won Me Over 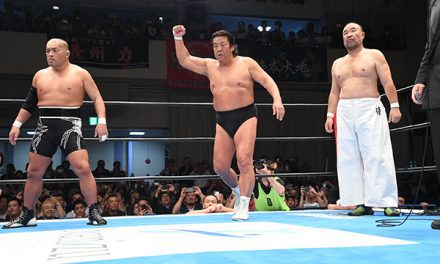 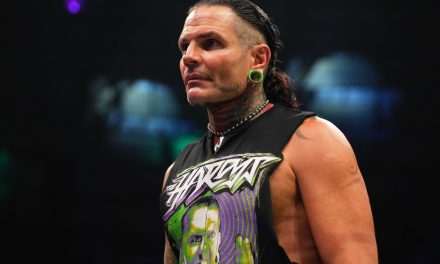