Contrary to what might be the popular belief, I don’t think this is end of the feud between these two. I just feel like they’re saving the final, climactic match for a PPV, possibly Global Wars or Best In The World 2016. I know it’s No Holds Barred, but I just sense that the feud continues beyond this show. I’m also unsure about who wins. My instant reaction is to say Kyle O’Reilly wins, but I could see Adam Cole possibly getting the win here also. I say this because, even though Cole technically did defeat O’Reilly at Final Battle 2015, he didn’t look like a winner, as O’Reilly had him locked in an armbar for a long time after the match. Then again, I could just be overthinking things. With all of that said, I have no doubts that these two will have an absolutely awesome match. For now, I’m going with O’Reilly to win this one. Prediction: Kyle O’Reilly

I’m more certain that this match will definitely end the feud between these two. It’s been awhile since we’ve seen a ⅔ Falls Match in ROH (at least it feels like they haven’t had one in a long time). I’m sure this match will be pretty great, as we all know how good both guys are. As for the winner, I feel like Bobby Fish needs this win a lot more than Roderick Strong does, as it would certainly help further establish Fish as a singles competitor. Prediction: Bobby Fish

#1 Contender’s Four-Corner Survival
The Addiction vs. The Briscoes vs. The Motor City Machine Guns vs. The Young Bucks

I don’t know if you’ve heard, but Ring of Honor’s tag team division is pretty stacked at the moment. Want proof? Just look at the four teams in this match! The winners will get a future shot at the ROH World Tag Team Titles. I think it’s fair to say that this match will be absolutely insane, with bodies flying all over the place. It might end up being one of the crazier matches of the whole weekend. As for the winner, I think it’s pretty clear that they’re building towards a War Machine vs. The Briscoes match, since the story has been that War Machine has never beaten The Briscoes. It could happen at Global Wars in Chicago Ridge, but I wouldn’t be surprised if they hold it off until Best In The World 2016 either. Prediction: The Briscoes

The ROH World Tag Team Titles are not on the line this match, which I think actually has a chance to be pretty solid. Silas Young & The Beer City Bruiser are a perfect fit as a tag team (plus I’m much prefer the latter in this tag team environment compared to a singles environment), and I think they’ll have a fun little slugfest with War Machine, who I see winning this one. Prediction: War Machine

While I’m certain that this will be a very good tag team match, I’m fascinated by this match for a different reason. Matt Sydal, after the recent show in Philadelphia, put out an interesting tweet, asking if anyone cared that he got put through a table (referencing his match with Jay Lethal). Kenny King responded with a tweet that was along the lines of what he & Rhett Titus tried to tell Cheeseburger recently on TV (that you put your body on the line, and the fans don’t care). I can’t fathom Sydal turning heel at the moment, and that interaction on Twitter could have meant absolutely nothing, but it’s gotten me slightly more intrigued about this match. This one could go either way, but I’ll pick ACH & Matt Sydal to win this (now watch me be totally wrong). Prediction: ACH & Matt Sydal

The only thing I’ll say about this match is that Dalton Castle better win. It makes no sense to have BJ Whitmer win here, but then again, this guy is on TV almost every week, so I wouldn’t shock me at all if he did win. Prediction: Dalton Castle

Both of these shows will be available on VOD through ROH’s website sometime next week. Here’s to hoping they get these shows out there quickly. 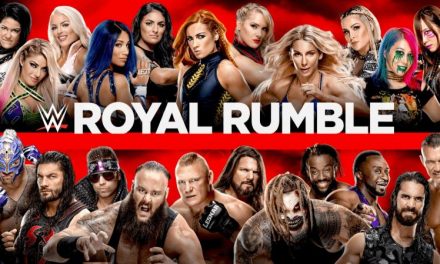 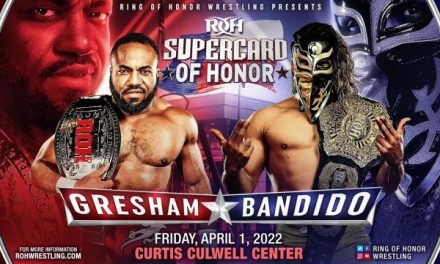