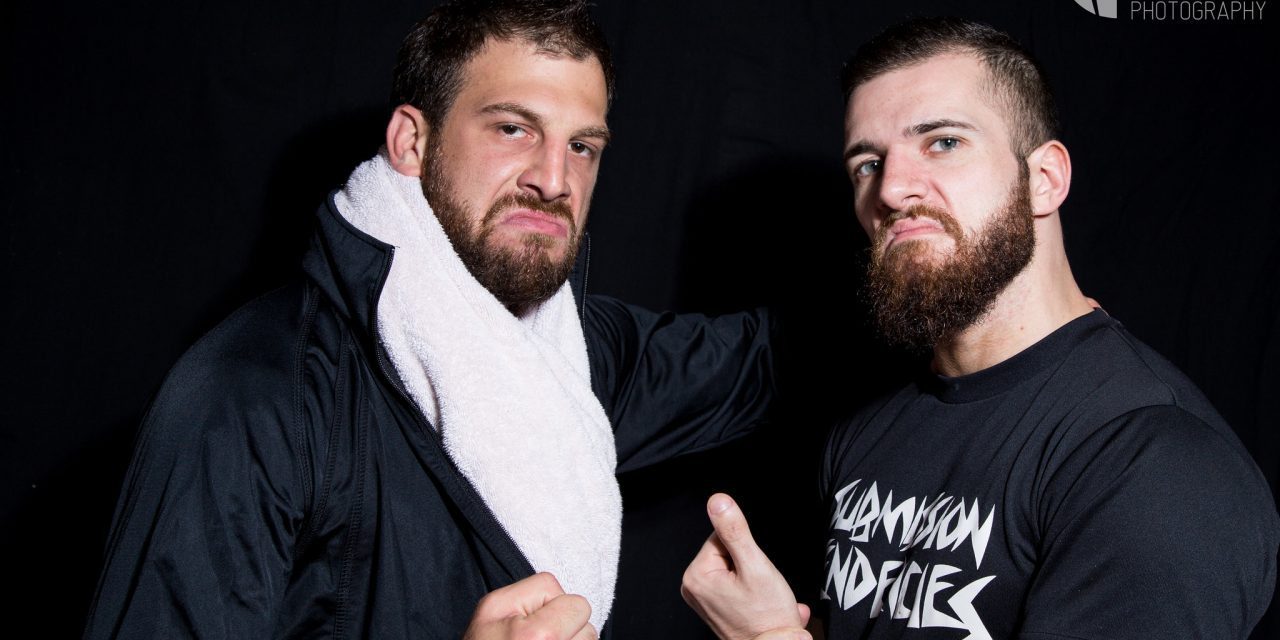 Warren Taylor: If any of the visiting foreign dignitaries fit the mold of the current EVOLVE product, it’s Marty Scurll. The Villain is a sensational technician and Fred Yehi will learn loads from working with him. If this match gets time I think it will surprise a lot of people, but sadly there is a good chance that it won’t. Don’t get me wrong, this will still be a good match and might be Scurll’s only EVOLVE win of the weekend. Look for Yehi to have a good showing as he builds momentum to a win over Drew Gulak later on down the line. Prediction: Marty Scurll

Case Lowe: Yehi has been impressive in every EVOLVE outing he’s had thus far. He’s in a position to have a super fun year and with EVOLVE’s current style, he seems like someone that booker Gabe Sapolsky can get fully behind. However, Scurll is the foreign talent and has two more huge matches planned for the weekend. Yehi isn’t seasoned enough to pick up the victory here. Prediction: Marty Scurll

Warren Taylor: I smell an interesting development in Ethan Page’s road to redemption arising from this match. Here’s why: Callihan’s intense, detestable personality will push Page into flirtation with the evil. How that plays out I have no idea. What I do know is that Sami needs the win to build to his EVOLVE Championship match with Timothy Thatcher. Prediction: Sami Callihan

Case Lowe: Callihan has been an enjoyable presence on the independent scene since his departure from NXT. Page, while he has his faults, has been an entertaining addition to the EVOLVE product. He certainly doesn’t fit in with the current landscape and the likes of Thatcher and Gulak, but he’s a breath of fresh air. That being said, Callihan has the edge here. Bigger matches throughout the weekend and a chance to gain momentum here against an established name like Page. Prediction: Sami Callihan

Warren Taylor: The EVOLVE landscape looks much different than the last time Ricochet fought under the promotion’s banner. The high flyer is all but extinct and the technician reigns. With that said, I don’t expect much chain wrestling in this match. TJP is the most versatile member of the roster and he will work the style that needs to be worked when the former DGUSA Open the Freedom Gate Champion comes to town: an uber athletic thrill ride with lots of flips and what not. Perkins was perfect during the last EVOLVE weekend and I have a hunch he will make it three in a row here. Prediction: TJ Perkins

Case Lowe: One of my most anticipated matches of the weekend. The last time we saw Ricochet in the WWN Universe was this time last year as he did battle with TJP in a six-man tag. This time, the two are one-on-one and TJP is putting in the best work of his career. As bad as I’d like to see TJP get the win here, this will be a nice welcome back party for Ricochet. I expect to throw a lot of snowflakes at this match. Prediction: Ricochet

Warren Taylor: Heroes Eventually Die (Hero & End) make violence look like art. I want to see them pummel Tracy Williams until he scowls, growls and takes the fight to them. I’m not sure who wins here but my guess is Hero & End just because it will make the crowd happy. Prediction: Chris Hero & Tommy End

Case Lowe: Hero and End were a part of arguably EVOLVE’s best match ever and an early Match of the Year Contender in January as they took on Sami Callihan and Zack Sabre Jr at EVOLVE 53. After losing in the finals of the EVOLVE Tag Team Tournament, Hero and End are back at it again against a really fun catchpoint team. Hero and Gulak have great chemistry and Hero and Williams tore it up at EVOLVE 56. From a booking perspective, this is very even. I have to give the edge to the Catch Point duo, however. Prediction: Drew Gulak & Tracy Williams

Best In The World Challenge Series – The Flyer
Zack Sabre Jr. vs. Will Ospreay

Warren Taylor: The “Best in the World Challenge Series” is designed to push ZSJ to the moon, at least I think so. As a result he is not going to lose a match in the entire thing. It will be fun to see the kind of challenge a flyer like Ospreay will present to ZSJ and how he will respond to it. Prediction: Zack Sabre Jr.

Case Lowe: ZSJ’s “Best in the World Challenge Series” has been a total blast so far. He and Gargano blew the roof off of La Boom at EVOLVE 56 and while it may not have been my favorite kind of match, I totally respect what he and Gulak did the following night. These two are no strangers to each other and have been the biggest stars in the new European invasion that has hit the US indie scene in recent years. This seems like the weekend that transitions Ospreay from “flavor of the month” to “the guy”. ZSJ took the first two matches in his challenge series, I see the third going to Ospreay.
Prediction: Will Ospreay

Warren Taylor: Dissension in the PAB has been brewing since last year and for the sake of both Konley and Nese’s careers the act needs to die, hard. Gargano & Galloway are just getting going as a team. I see no reason for them to lose the belts this early in their reign. Prediction: Gargano & Galloway

Case Lowe: I like Caleb Konley and I can’t even say I dislike Anthony Nese, but I am so sick of the Premier Athlete Brand plaguing EVOLVE shows. It reeks of a bleecker time in EVOLVE. For the sake of all things Holy, I hope Gargano and Galloway retain. They’re a fun team. Nese and Konley need to either get a fresh coat of paint or get lost.  Prediction: Johnny Gargano & Drew Galloway

Warren Taylor: I highly suggest watching the mini-documentary that explains the backstory to this match, it is incredible. The first match between Thatcher and Riddle was mildly disappointing at the time due to the finish. With hindsight it makes sense due to the story being told during the build. Gabe booked himself into a coroner with this match and I mean that in the best possible way. On one hand, Thatcher is a great champion and there are several more stories to be told during it, but he’s also been booked as a hunted man and it make sense for that to finally catch up with him here. Riddle has a lot of momentum and the fans are taking to him. This is a golden chance to make him a star. However, my intuition tells me to go with Thatcher retaining Prediction: Timothy Thatcher

Case Lowe: Matt Riddle is the best thing going in wrestling. Their first match at EVOLVE 56 was disappointing, but I feel like they’re going to come back with a vengeance here. It was this time last year that Thatcher had the weekend of his life and shot into the hearts of the WWN faithful – this year, it’s Riddle’s turn. Matt Riddle, save us.  Prediction: Matt Riddle