The go-home Raw for WrestleMania just ended. We’re six days out from the world’s largest annual wrestling show and the hopes and dreams of the WWE Universe lie on the shoulders of…Roman Reigns? Reigns is the hero WWE fans need right now, but not the one they want. The WWE brass is making a bold statement about American power dynamics, income inequality and is sorta-maybe about to crown a populist hero who has been roundly rejected as an outsider to the cause.

There’s no direct analogy. I’m not here to tell you that Vince McMahon is playing the role of Donald Trump in this familiar farce, but the current state of affairs of both the United States and the main event scene in WWE are startlingly similar.

They’ve been saying it for 20 years now. In their current form, The Authority have got their comeuppance for all of two months following Survivor Series 2014 before returning and tightening their fascist grip on the WWE roster.

Compare that to the state of affairs in the United States of America. We’re officially living in an oligopoly. Stop me if you’ve heard this one before, but the United States is on an unprecedented run of economic inequality with a balance of power that’s so one-sided the Blind Lady of Justice is mere moments away from ripping off her blindfold to see just what in the hell is going on out there.

Sure, there are more college degrees than ever in the United States, but too many of those graduates are economically burdened by that very same education to do much about it. It’s worth asking the question, however, who is the WWE Universe? Who is this faceless base that the McMahons take to the airwaves every week to insult without reproach (well, there is reproach, but we’ll get to that later)?

The Sports Business Journal published a demographics report in mid-2013 that broke down age, gender, education and income statistics for a number of combat sports in the United States (thanks to the incomparable Chris Harrington for sending me the data). More than 65 percent (65.6) of the WWE’s viewership have “high school diploma or less” as their highest level of education. That may sound high, but just 39.4 percent of Americans hold a 2- or 4-year college degree. Speaking in audacious generalizations, the WWE Universe is 5 percent less educated than the average American.

Education isn’t everything, though. Millions of American have learned a trade or worked their way up in their careers through experience, without traditional education, and made an exceptional living for themselves. Have WWE fans?

Not so much. Half (49.9) percent of households in the WWE Universe make less than $35,000 per year according to the SBJ data. The median household income in the United States is $51,939 per year. That’s a $16,939 per year gap! That’s a significant economic disadvantage and lends some credence to the McMahon tale of downtrodden people living vicariously through heroes who are able to stand up to corruption and absolute power. So who’s standing up to the Authority?

A Samoan athletic machine. A star football player with a wrestling legacy that would make a Von Erich nod in approval. Reigns hasn’t lost a singles match clean since The Shield broke up. He’s the ass-kicking, barn-burning hero of the people taking on the Authority. Except the people are rejecting their hero, and this is where things get sticky, kayfabe-wise.

Fans are onto the gimmick; they can see when a wrestler gets the rocket strapped to their back and they know who is lighting the fuse. Many of them have been watching undersized or under-charisma’d grapplers work their asses off for a decade or more before making it to WWE, and they’ve seen the kinds of matches those wrestlers can have.

The obvious example is Daniel Bryan. WWE even touted the road Bryan took to the top of the WWE and used to to propel him at the last minute when the WWE Universe hijacked main events leading up to WrestleMania 30. Starting almost immediately after Bryan’s triumph, WWE started doing the same thing with Reigns, only it wasn’t earned. It didn’t click. Fans saw through the lie and have roundly rejected Reigns with larger shows having an even more vitriolic response than house shows.

Fans know that Reigns has been handpicked by the same people they’ve been trained to boo since the mid-1990s when Stone Cold, who spent a decade earning his adoration, started hitting Stone Cold Stunners on every McMahon and McMahon associate he could wrap a bicep around.

But this is WrestleMania! This is the big show, the one where the good guys finally triumph over the dastardly reign of terror. Who, other than Roman Reigns, can put together a resistance strong enough to tip the scales back in the favor of the many?

Shane McMahon is back, and he’s taking on the Undertaker to earn control of Raw, and, as an extension, the direction of WWE in terms of televised product. Shane’s an underdog. And a pragmatist. Shane, outwardly, appears to know he was born on the opponent’s five yard line, but he isn’t celebrating when he scores the touchdown.

Now, in the interest of full disclosure, I am an unabashed Shane-O-Mac mark. “Here Comes the Money” features prominently on my workout playlist. But come on, how are we to believe that a 46-year-old multi-millionaire (and the son of the antagonist) is the answer to their cries. That’s just not how these things work.

Shane’s a fine hero. People love him, he’s put on a number of gutsy, physical performances – though none in almost 10 years.

Then there’s the larger philosophical problem: Shane is a McMahon. The mere idea that the only solution to a McMahon problem is yet another McMahon has plagued this company for years and is case-in-point the problem with the WWE star-making machine.

So what’s the most likely outcome at WrestleMania? The answer is as disappointing as what follows Sunday’s festivities. Shane valiantly loses to the Undertaker (because non-kayfabe logic says Shane isn’t sticking around WWE for long) and Reigns wins the WWE World Heavyweight Championship (again) to a chorus of boos (again). The WWE marches on, without a single likeable, relatable hero for fans to latch onto. 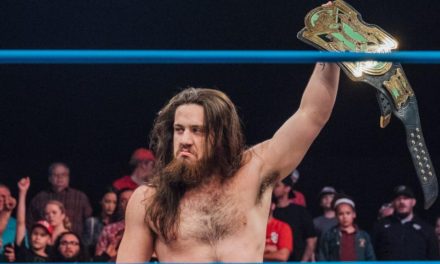