The Round of 32 was another rough one for #1 seeds. After Roman Reigns fell on his face in the opening round, Triple H and Jay Lethal bit the dust in the second round. NJPW’s Kazuchika Okada remains the lone #1 seed left in the tournament. Next up for Okada – The Young Bucks.

While the top half of the Brian Pillman Region didn’t go as planned, the bottom half has brought us the #2 vs #3 seed we were anxious for. After defeating Sasha Banks in the Round of 32, AJ Styles takes on his Wrestle Kingdom 10 opponent from this year – Shinsuke Nakamura.

The Round of 16 features the best of the best at this point. Big time matchups like Kevin Owens vs Brock Lesnar, AJ Styles vs Shinsuke Nakamura, Kazuchika Okada vs Young Bucks, and Kenny Omega vs Hiroshi Tanahashi all take place towards the Elite Eight.

Voting begins right now and runs through WrestleMania 32, so get in there early! 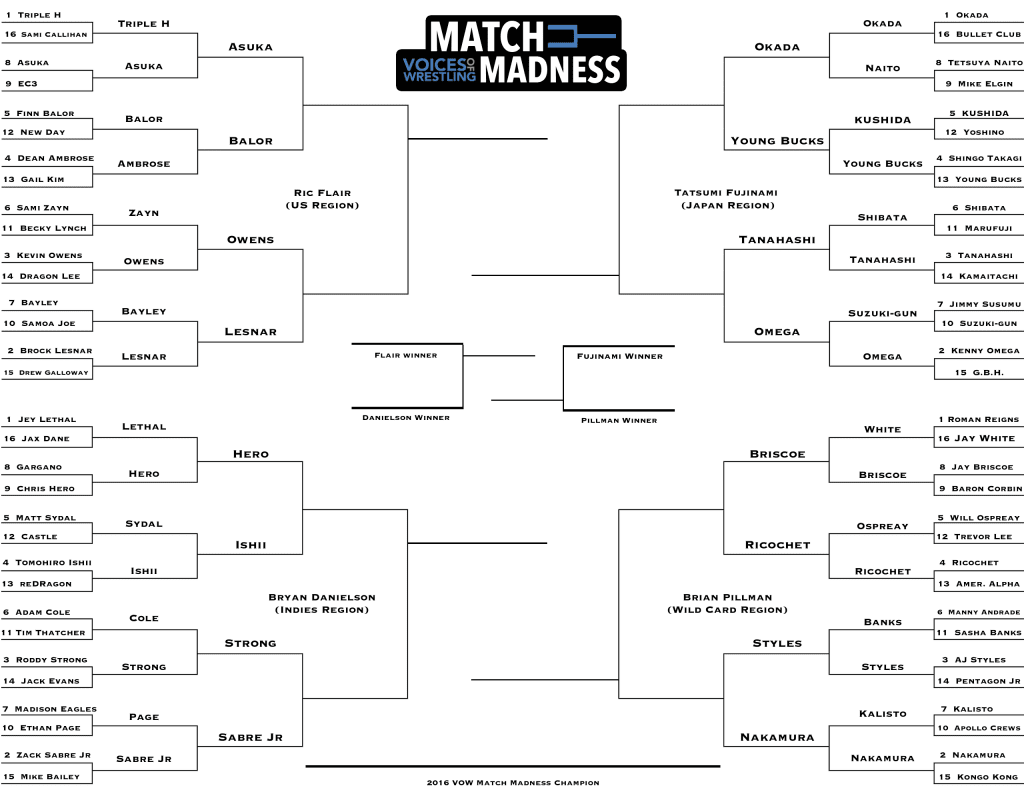