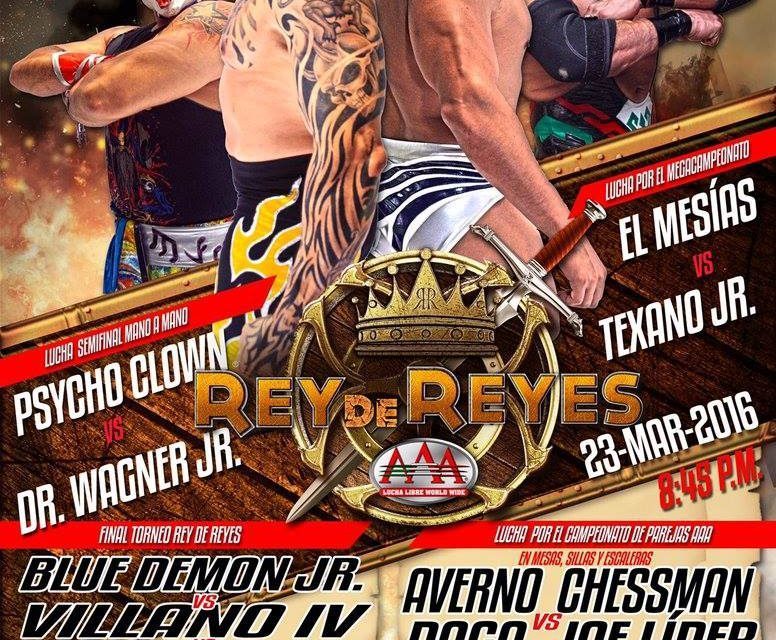 There’s nothing more emblematic of the current confusion around AAA than their iPPV situation. Wednesday is the 20th annual Rey de Reyes show, the March show which crowns the winner of the tournament of the same name, and typically starts the build to their biggest show of the year, TripleMania. That’s the kind of show you’d expect to be on iPPV in 2016, as it has been in previous years. It’s unclear if that’s the case this year. There definitely is a website where you can buy the Rey de Reyes iPPV for a listed $15 USD and it looks completely normal from the outside. Except, if you actually try to purchase the show, there are some obvious problems. People who have bought the last show aren’t charged to buy this show, while those who haven’t bought any shows are being asked to pay $19 instead. AAA hasn’t acknowledged any of this – in fact, a day out from this show, they hadn’t actually advertised the show being iPPV at all. (I would recommend not buying until they sort this out.)

That’s 2016 AAA in a nutshell. The TV product is calm, with a few usual faces being missing but everything going on pretty much normally. If you take a step back and look around, it appears everything isn’t working like it should, and there’s some serious problems behind the scenes. Last week saw the long time color announcer Arturo Rivera accuse now ex-booker Konnan of raiding AAA to form a new promotion, in an exact repeat of what happened twenty years ago for the short lived Promo Azteca group. Konnan denied it, then implied he was actually up to something and made it very clear he has problems with AAA ownership. This week saw four early match luchadors all quit the promotion, and a top foreigner jump to a rival promotion. None of this is a fatal blow, but it’s adding on to the damage inflicted from the big names leaving last fall. Something’s going very wrong.

So, in the midst of this chaos and uncertainty, AAA is putting on a wrestling show. It’s taking place on a Wednesday night with a start time locally 8:45, which is a 10:45 Eastern Daylight Savings Time in the US. (You can find the time where you live here.) Unlike the CMLL shows, the AAA shows are available on VOD – assuming it actually airs anyway. The show will also air as part of AAA’s regular TV show, starting on April 2.

There’s not a surefire MOTYC on the show, there’s not the culmination of a long running feud, and the centerpiece tournament probably will be forgotten within months. This is not a strong in-ring show and it’s airing at a rough time, but it’s an intriguing event to follow just to see how the behind the scenes issues affect the on screen results. Previewing the actual matches seems a little irrelevant, so let’s try to answer some of the questions instead.

Why is Mesias vs. Texano the match for the Heavyweight Championship?

Technically, they’re the match because Mesias and Texano won a tag team match over Psycho Clown and Dr. Wagner Jr. back in January. Figuring out why they won is the harder part. Mil Muertes is an impressive figure in Lucha Underground, but Mesias himself has been lost in the mix for over a year. A lukewarm rudo turn last year was followed by a lukewarm tecnico turn to set up this title match. Both Texano and Mesias were ignored in favor of all the big names last year, and it was a major surprise for them to be given this match. They’re capable of a pretty good match – they’ve had pretty good matches before – but it’s not a match anyone would be thinking of doing.

AAA has treated it like their own booking was a major surprise too. Dr. Wagner vs Psycho Clown, the other option for the heavyweight title match, has been treated like the much bigger match despite the title not being on the line. They’re the ones ending the shows, while Texano & Mesias have had limited interaction. It’s as if either AAA wanted to swerve everyone by putting Texano & Mesias in the title match and got caught with no follow up plan, or they belatedly realized they didn’t trust the mercurial Wagner anywhere near their title and had to adjust on the fly.

Can the current tag team champions be convinced to stick around?

Averno & Chessman are the current AAA Tag Team champions allegedly to keep them in AAA. Their good friends are in the Elite promotion, Chessman was one briefly advertised as making a jump, and Averno has been hinted as showing up there as well. Elite starts a new TV deal next week and may announce new people working that show this week. Averno & Chessman are champs to keep them happy in AAA, but the deal elsewhere may now be too tempting to pass off. If they lose in the three-way TLC, it’s a pretty strong indication they’re not sticking around.

If not them, who? Definitely not Jack Evans, who’s not teaming with his usual partner (Angelico is in Europe, so Australian Suicide) and is stuck in another one of those three-way matches he dislikes, with the TLC stipulation thrown in for no apparent reason. The likely winners, if there is a change, are Perro del Mal members Daga & Joe Lider. The group has been a focus of recent TV, and this show was originally intended to be a tribute to their late leader.

Are there other promotions they can pull ideas from?

Remember King Of Trios? Wait, let me back up – remember CHIKARA? Back in September, Aerostar, Fenix and Drago surprisingly beat the Bullet Club to win the annual indie tournament. It’s March, and AAA’s figured out they should put those three luchadors together to go after their own trios championships. The build specifically around the tecnicos having won in CHIKARA, which is not a bad idea but seems strange given the relative size of the companies.

Aerostar, Drago and Fenix are probably not going to win. AAA’s new trios champions, Los Xinetez (Zorro, Scoria and Cuervo), seem to be a focus of the company and it’s reasonable for them to keep the titles in their first defense. The three are looking the more motivated in the ring than they have been in years, and their match with the CHIKARA King of Trios could be rather good. At the same time, it points to the different levels of importance for certain AAA luchadors. Fenix is a special attraction in the US, and a nice midcard guy with no particular program in Mexico. That imbalance is leading to some of the issues.

How much Miedo does AAA have?

Pentagon has Cero Miedo, no fear. The person who’s deciding the Rey de Reyes tournament winner might need the same. The normal four-way final is a strange combination of people: Pentagon, 50+ year old La Parka, 50+ year old Villano IV, and 50+ year old Blue Demon. The three veterans are important people of lucha libre’s past, while Pentagon seems like a key figure in the future. Or maybe the present – the AAA crowd have been rabid for Pentagon the last couple of months, going as far as booing the debuting Octagon Jr. (ex-Flamita) because they sensed he might be a threat to their anti-hero. Getting behind Pentagon to help fix the talent drain would be a smart move in a vacuum and seems like an obvious move in this moment. Except, those veterans aren’t known for losing, and this sort of tournament has often been used to reward the old luchadors who can’t otherwise be trusted in angles. The right move for business seems to be putting Pentagon over strong, while the right move for keeping everyone happy might be not to ask the 50+ years olds to lose.

This outcome is pretty much a litmus test for the current booking regime. The ideal move is Pentagon just demolishing everyone to get the big win; those veterans can get back some of it some other day, but Pentagon will always have the Rey de Reyes win and would be firmly on their level. Pentagon getting only the final pinfall in this elimination match, with the other eliminations spread out to ensure contentment, would not be ideal but at least a movement in a positive direction. Any outcome where with someone beside Pentagon winning is a discouraging sign for the future of AAA.

What is the future of AAA anyway?

This is the part where I usually try to figure out what’s next – and it would be nice if they came out of this with a match for TripleMania, or a firm date for the Lucha World Cup – but the specifics aren’t as important for this show. AAA more badly needs to change the feel around their promotion. AAA appears to be a boat stuck in a thunderstorm in the middle of the ocean, slowly taking on water and going in no particular direction. It’s not bad enough to believe AAA in danger at the moment, but it’s a promotion which could desperately use some hope and optimism. Pentagon winning could do that, Psycho Clown getting a real win over Wagner could do that, but there just needs to something positive to hang on to right now. The worst of the storm isn’t over yet, and a good day would help them better survive tougher days to come. 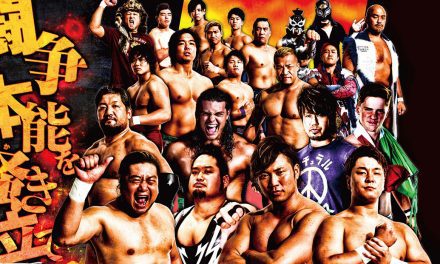 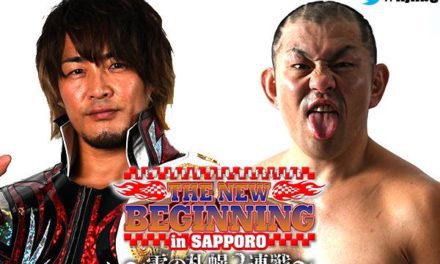