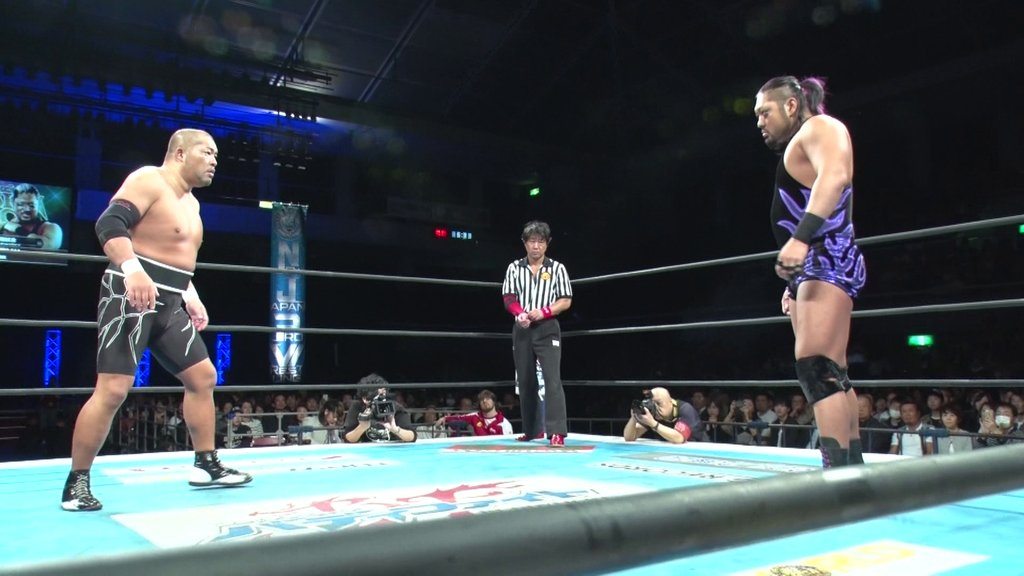 Perhaps feeling the pressure from WWE’s recent talent raid, or slower ticket sales for non-PPV tour dates, or a combination of those and other factors – NJPW is setting out to provide a more relevant, and exciting, “Road To” tour schedule to close out March.

Today’s event, the second night of a tour that will see NJPW ride into April 10’s Invasion Attack PPV, features an ROH World Television Title match in the main event. It is a singles match main event on a show that isn’t even carried live on NJPW World. Instead, On Demand on NJPW World is our source.

Katsuyori Shibata, fresh off of defending, successfully, his NEVER Openweight Title against Satoshi Kojima on the tour’s first stop, is now facing another title challenge – Kojima’s tag partner, Hiroyoshi Tenzan. Tenzan looks to do what Kojima couldn’t, that being to stop the reign of Shibata. On this card, Kojima and Tenzan take on Shibata and Captain New Japan. So… you know where this is going.

New Japan is going through an exciting time. Exciting for us, albeit hectic for NJPW decision makers, I’m sure. We’re seeing the new directions available to NJPW, as well as an increase of importance on the live non-PPV events. Later on this tour, at a Korakuen event to be aired live on NJPW World, a Bullet Club vs NJPW Best of 5 singles series is taking place. These kinds of things happen every once in a while, but now we have several events on a single tour seeing some type of cool theme.

Now, is the Bullet Club vs NJPW series going to be pretty predictable? Yes. The match lineups make it obvious that only one of the five matches has much importance, and unpredictability, but that’s just fine. The series leads up to the important encounter of Tama Tonga vs Togi Makabe. The two leaders of tag teams that square off at Invasion Attack for the IWGP Heavyweight Tag Team Championships.

Before the Bullet Club can get to next week’s BC vs NJPW series, however, the ELITE defends their NEVER 6-Man Titles here. That’s right – two title matches on a Road To event!

It’s an interesting tour, and an interesting story to watch as NJPW either continues the trend of delivering some goods on Road To shows, or goes back to its traditional ways of saving much of everything for PPV.

In front of 3,500 fans at the Amagasaki Baycom Gym, NJPW kicks off with a Jr Heavyweight tag clash between the returning RPG Vice and two young lions. Not a revolutionary statement, but these particular young lions are ready to go. I’m far more confident in the career success of Jay White than David Finlay, but both are proving to be quite adapt with high quality pro wrestling. Rocky and Beretta got back into the swing of things as they prepare for their Invasion Attack Jr Heavyweight tag title match against Matt Sydal & Ricochet.

Beretta is a favorite of mine. He’s cocky in the ring, he’s stylish, he owns it, and he’s a mix of several styles. I’ll be shocked if they go on to win the Jr. tag straps in a couple of weeks, but they certainly won’t be out of place with the belts.

KUSHIDA has a tough challenge at Invasion Attack – the debuting Will Ospreay. The match itself should be really fun; an exciting new challenge for KUSHIDA, as well. I am unsure, however, how NJPW will handle the debuting Ospreay. Will they set him up like Kenny Omega, a newcomer who immediately cashes in with a title win in an early appearance? Or will Ospreay go the route of Matt Sydal – failing right away to win a title, but regrouping to have success not too much later on. Invasion Attack is loaded with in ring quality, but this Ospreay vs KUSHIDA title match just might be the icing on the cake.

Could this be the trio team Yano brings back to NEVER 6-man Tag glory!? As usual, the trio of heavyweights prey on the lone Junior Heavyweight in the match, as Yano defeats Taguchi. At just under nine minutes, this match isn’t much to look at going back.

Strictly a pre-cursor to the NEVER Title clash between Shibata and Tenzan, this tag match is the usual fare when it comes to NJPW non-PPV live events. So while NJPW is sparkling up their live events with title matches, cool Best Of series gimmicks, and the like, there is still the usual slow, routine, tag matches. At least this one promotes, directly, a future singles title match. A singles title match you didn’t know you wanted until now – Shibata vs Tenzan. Feel it!

Tama Tonga gets another win, this time as he pins Tiger Mask clean in the middle of the ring. Clean, that is, as Bullet Club can be. While Bad Luck Fale is used as the big road block in tournament action, the rise of Tama Tonga as the leader of the Bullet Club also-rans is clear. Tonga, probably winning the tag titles at Invasion Attack with his brother by adoption, is champing at the bit for more of the spotlight. It’s obvious he enjoys what is coming his way, as he’s been looking for a stronger role within the company for years. His time is now.

Hey, look! Someone wants the NEVER Openweight 6-man titles! At first, when it began to look as if that statement couldn’t be true, we now have another successful title defense by the ELITE. In fact, with this defense by Omega and the Bucks, the ELITE are the first champs to defend the NEVER 6-man titles twice successfully. Even more impressive when you consider that Kenny Omega is a dual-champion in NJPW, also having the IWGP Intercontinental Championship. Ah, yes – the ELITE are just that. ***1/2

While this match is certainly an eye catcher, and worth the watch but maybe not so much as to go out of your way for, what happens before and after the match are more important to the larger story. That story – Kenny Omega’s quick rise up the ranks within NJPW, as well as his growing comfort being “The Guy” in NJPW. Of course, he’s not the top of the top. But, he’s close. He holds the #2 belt in the promotion, he’s a foreigner who can speak fluid Japanese, and he leads the biggest merchandise selling group in the company. Kenny Omega is a big deal, and he’s starting to realize it. Both in his own mind, as well as in ours.

As Omega comes to the ring, he takes to the camera to thank Doc, Karl, and AJ for leaving NJPW so that he may realize his true potential as a money player in the company. He admits that he’s untouchable, and that he can do whatever he wants because the company needs him more than ever. After the victory, in which Omega pins Juice Robinson, Omega restates his value and warns there is more to come.

Goto pins BUSHI with his new finish, but the interplay between Naito and Okada, with Gedo involved, continues to create the hype for Invasion Attack. With every passing day I’m more inclined to believe that Naito just might take the belt, creating a multitude of possibilities as we head into the G1 in just a few months.

EVIL wants the ROH TV Title as a man who competed in the territory, albeit briefly, before returning to NJPW. Tomohiro Ishii wants the ROH TV Title because it’s shiny. Probably. Quickly becoming a known ROH hater, Ishii is basically now what Takeshi Morishima was when he held the ROH World Title. He’s an unknown commodity who has taken the title hostage. Will Ishii ever make it back to lose the title? Will an ROH wrestler have to go to Japan just to try and regain the title for ROH? Obviously, something will get worked out, but the story is there. What’s happening with the title!?  It was a fun story then, as it is again now.

EVIL brings his A-game into the Ishii challenge, although he comes up short as Ishii wins with the brainbuster after nearly twenty-two minutes. Main eventing this live event, EVIL doesn’t look out of place. There is nothing but time for EVIL to grow as a strong singles star, eventually main eventing more prominent shows some day, so this is a good sign that he can already be more than competent when the pressure is on. ***3/4

This Road to Invasion Attack stop flows nicely, and garners more interest than average due to the nature of the matches. With two title matches and a KUSHIDA singles match, the card is eye catching. Not just for this event specifically, but for the future, as well. Will this be the new norm?

Next week, Road to Invasion Attack coverage at Voices of Wrestling continues as the Bullet Club put up five members to go one on one with five members of NJPW – Climaxing with Tama Tonga vs Togi Makabe. We’ll have a review for you up on March 27 after the show! 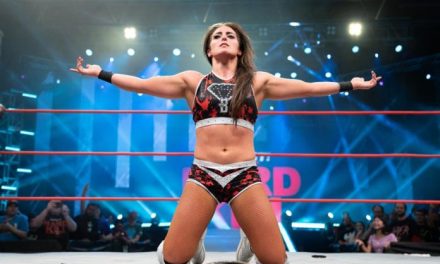