Today, we’re set to reveal the Brian Pillman Region – 16 of the best wrestlers in the world complete this Wildcard bracket. This is the final grouping of 16 to be revealed, so the full brackets are now up for voting! You can vote for all of the Round 1 matches on the VOW Forums here. 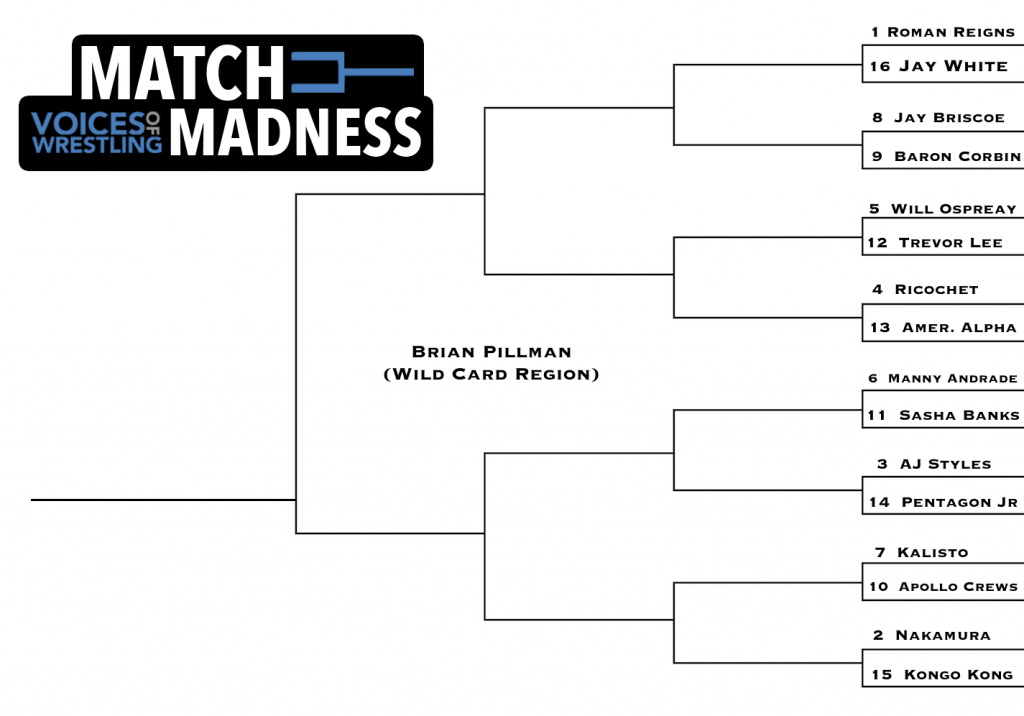 The Brian Pillman Region consists of wrestlers from various promotions across the world – Including WWE, NJPW, Lucha Underground, IWA:MS, TNA Impact Wrestling, RevPro, and Ring of Honor. The Wildcard region winner will take on the winner of the Fujinami brackets.

Another region with some absolutely interesting matchups. IWA:MS’ makes the top 64, but goes up against a NJPW legend and future NXT star in Shinsuke Nakamura. Tough draw. Speaking of tough draws, cult favorite Pentagon Jr goes up against what many call the Best Wrestler in the World – AJ Styles. Ricochet and Will Ospreay better not be looking past their first round matchups… but a potential 2nd round match between them should be very fun. You can vote for these first round matches, plus all the previous first round matchups that have been revealed, right now on the VOW Forums!

The Brian Pillman Region is the last grouping to be revealed. The full field of 64 is set! Here are your complete brackets… 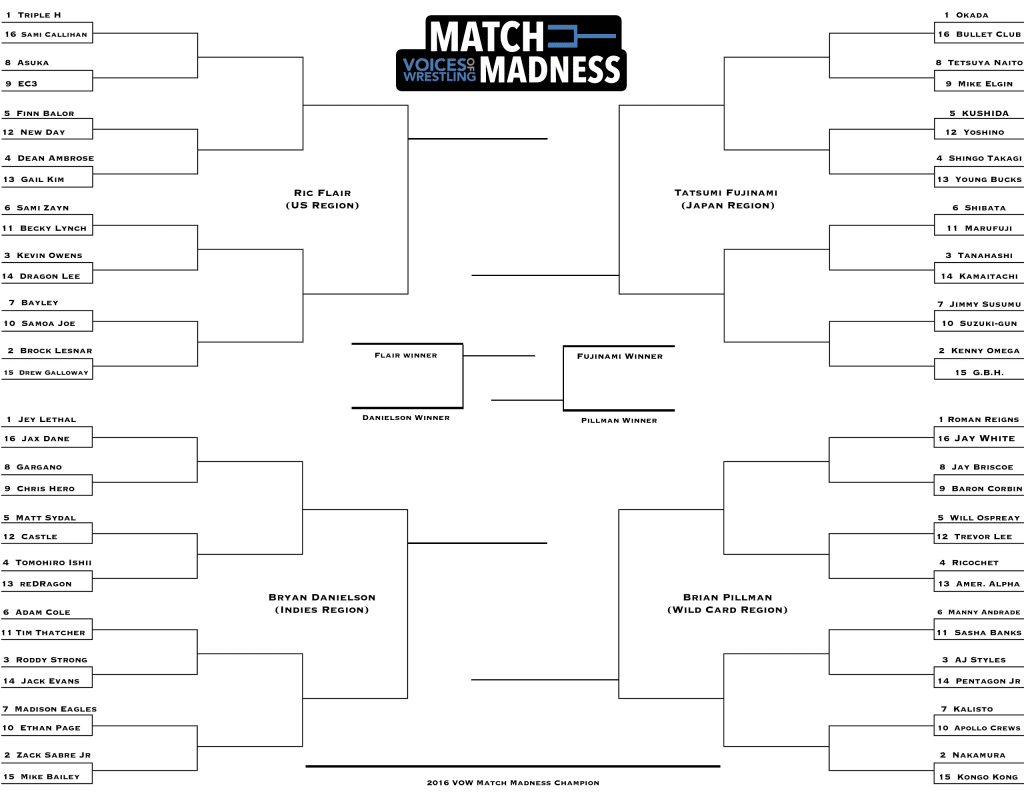