Today, we’re set to reveal the Bryan Danielson Region – 16 of the best wrestlers currently on the indies. Tomorrow, Friday, we reveal the final region – Brian Pillman (The Wildcard Region)! 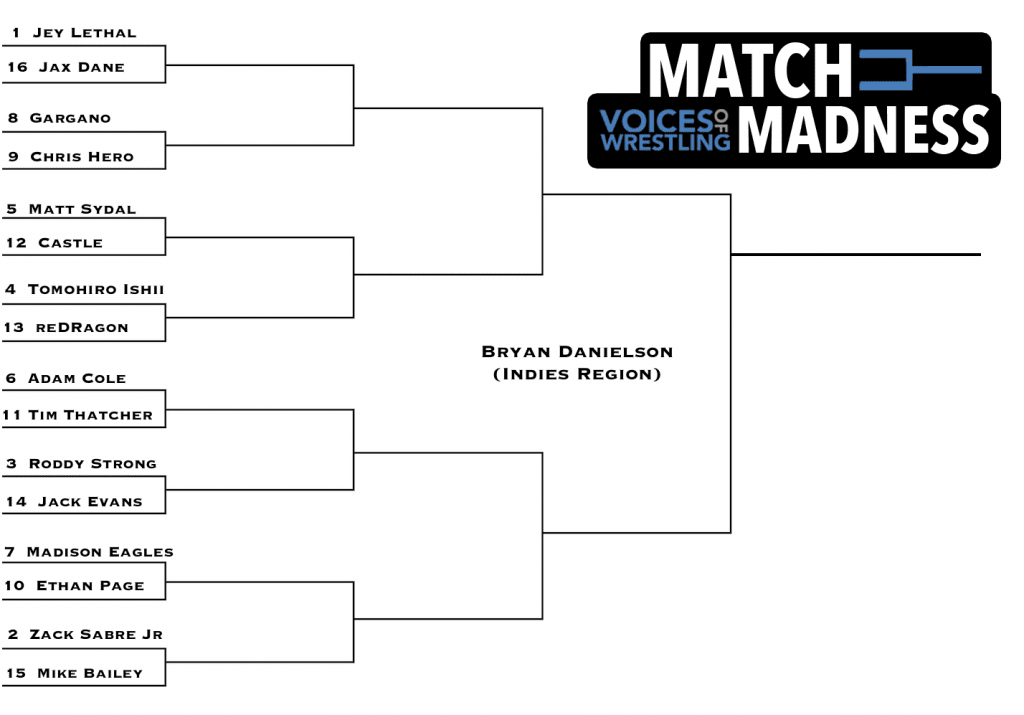 The Danielson (WWE’s Daniel Bryan) Region features 16 of the best wrestlers from various promotions across the independent scene. Ring of Honor, PWG, Freelance Wrestling, Beyond Wrestling and more are represented. Vote for your best entrants as they vie for the regional championship and trip to the Final Four. Discuss the seeding, vote for the winners of each match, and follow along to Match Madness at the VOW Match Madness Forum!

An interesting region we have here, as former Generation Next partners face off in Roderick Strong and Jack Evans. Plus, a ROH veteran in Matt Sydal looks to hold off an ROH newcomer in Dalton Castle. Johnny Gargano vs Chris Hero features two WWN stars who have also spent time in NXT. The ROH World Champion battles the NWA World Champion in the 1 vs 16 matchup… which championship shall reign supreme!?