Today, we’re set to reveal the Tatsumi Fujinami Region – 16 of the best wrestlers in major promotions in Japan. As the week goes on, we’ll continue to reveal the entire field of 64, including the final two regions: Bryan Danielson (Indies) and Brian Pillman (Wildcard). 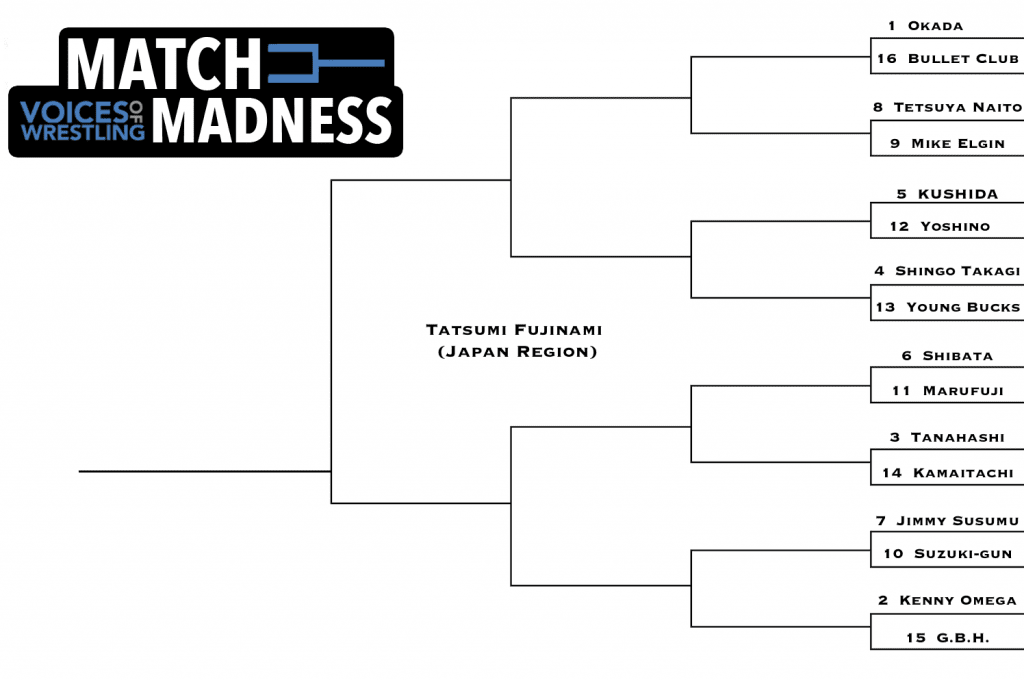 The Fujinami region features 16 of the best wrestlers from various promotions in Japan. Pro Wrestling NOAH, New Japan Pro Wrestling, CMLL, ROH, and Dragon Gate see entrants vie for the regional championship and trip to the Final Four. Discuss the seeding, vote for the winners of each match, and follow along to Match Madness at the VOW Match Madness Forum!