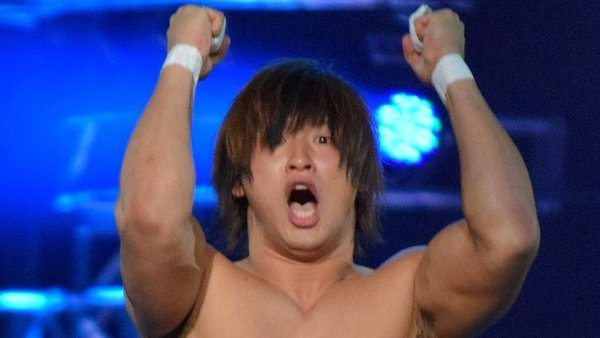 Fans of Japanese wrestling superstar Kota Ibushi may need to add an extra ticket to their WrestleMania 32 weekend itinerary as Voices of Wrestling can officially confirm the 33-year-old will be wrestling at the Kaiju Big Battel show in Dallas, Texas on April 1, 2016.

Speculation began last week that Ibushi could be working the show given his desire to work with Kaiju Big Battel, his previous history with the company and hints from those close to the situation that Ibushi would take on an “unpredictable” booking this WrestleMania weekend.

I touched on many of these speculations and rumors in an article, 8 Years in the Making, which detailed Ibushi’s past run-ins with the company including his feud with Kaiju Big Battel’s evil protagonist Dr. Cube as well as a translated interview with Tokyo Sports where Ibushi outlined a multi-year desire to work with the company.

Kaiju Big Battel is half-part pro wrestling, half-part parody of the famous Japanese kaiju films of years past. The promotion is still very much “wrestling” but don’t expect Ibushi or any other Kaiju competitors to put on five-star classics or dazzling displays of technical prowess. The characters are as over-the-top as you’d expect from a parody company with such stalwarts as Paco Plantain, Kung-Fu Chicken Noodle, Steam-Powered Tentacle Boulder and the dastardly forgotten Nazi experiment-turned-plastic surgeon, Dr. Cube.

At this time, VOW can’t confirm specifics as to whom Ibushi will be wrestling but a member of Kaiju Big Battel’s management team says “it’s set to be one that the fans will remember.”

Before today’s news, Ibushi had only been booked for WrestleMania 32 weekend by Gabe Sapolsky’s WWNLive/EVOLVE group. Ibushi was only confirmed to be in-ring on Saturday’s WWN Supershow: Mercury Rising 2016, though he’s been advertised for appearances on Friday, Saturday and Sunday. Ibushi—who last worked in the United States on EVOLVE’s debut show in 2010—will take part in the traditional six-man main event featuring Johnny Gargano and TJ Perkins as well as European wrestling stars Will Ospreay, Tommy End & Marty Scurll.

Kaiju’s Content of Champions show is set to take place at Eddie Dean’s Ranch—the site of the entire weekend of shows from the WWNLive/EVOLVE family. Kaiju Big Battel’s show will also be streamed live on WWNLive’s over-the-top network WWNLive.com giving Ibushi tremendous exposure for his first major wrestling apperance since his resignation from NJPW in February.

NJPW’s growth in international popularity led Ibushi to became one of its brightest stars aided by tremendous performances in the annual G1 Climax tournament as well as a marquee match against Shinsuke Nakamura at NJPW’s Wrestle Kingdom 9.

Despite a hot start to 2015—one that had him in consideration for numerous end of the year awards—Ibushi’s year was derailed by a cervical disc herniation in September.

Ibushi shocked the wrestling world this February when he announced he would be resigning from NJPW, going freelance and had hopes of opening his own company with help from his home-base promotion, DDT. The proposed company, Ibushi Wrestling Research Institute, has yet to run any shows or announce any additional wrestler contracts or agreements.

Ibushi’s now-confirmed appearance in a Kaiju Big Battel ring will be his first match in North America since January 16, 2010 when he battled Davey Richards at EVOLVE’s debut show EVOLVE 1. The year prior, Ibushi ventured to Philadelphia, Pennsylvania to take part in CHIKARA’s annual King of Trios tournament. Ibushi won the 2009 crown, defeating Player Dos in the finals.

For those interested in checking out Ibushi’s return to the ring, Kaiju Big Battel’s Content of Champions takes place Friday, April 1 from Eddie Dean’s Ranch in Dallas. If you’re lucky enough to be in the Dallas area for WrestleMania 32 weekend, tickets to Kaiju Big Battel are on sale now at morethanmania.com. The event will also be streamed live on WWNLive.com and available on-demand shortly after the event’s conclusion.

Additional details on Content of Champions including previously announced matches can be found at Kaiju Big Battel’s official site, Kaiju.com. We’ll be keeping up with this story as well as any additional match announcements for WrestleMania 32 weekend, on our forums. 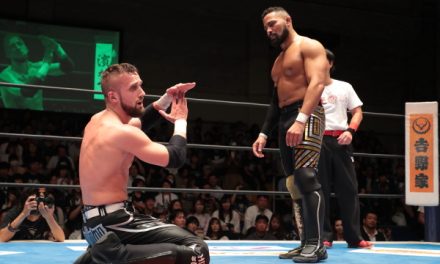 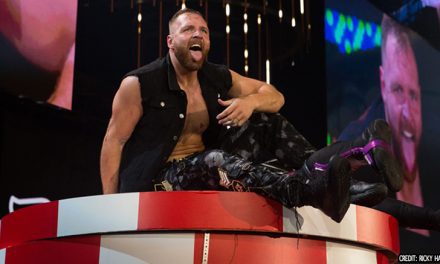 Jump Starts: A Ranking of Wrestlers Jumping to AEW from WWE

October Match of the Month Nominations! 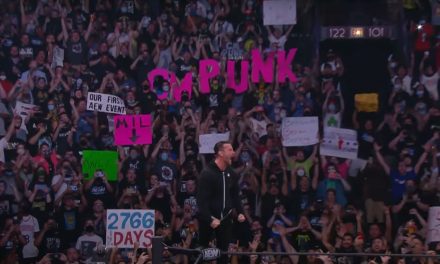