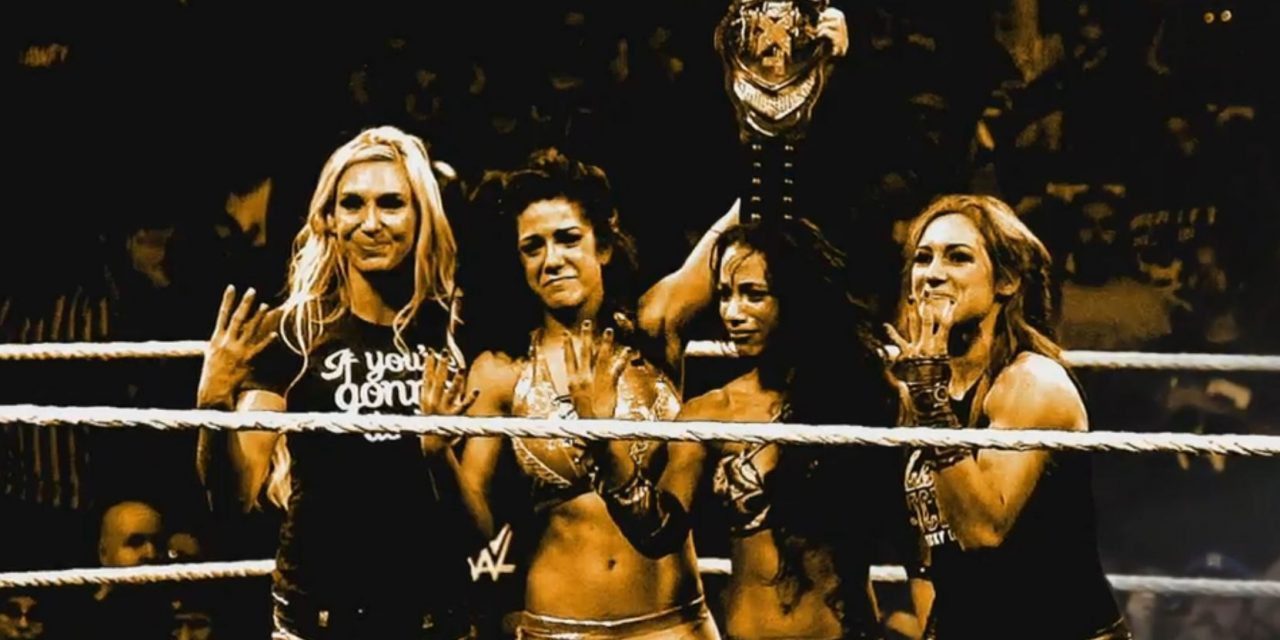 I wrote a mock draft for the WWE’s male competitors last November, and the female talent deserves some attention as well. As before, the Divas draft is based on a combination of in-ring ability, mic skills, drawing power, marketability, age, etc. It wasn’t easy, but it was a lot of fun. Feel free to comment below with your own ranking.

WWE hasn’t always put a lot of time and effort into the Divas division, but that has slowly started to change. Three of the Four Horsewomen of the Divas Revolution were introduced to fans last July on Raw (and started long before that in NXT) and it was a refreshing decision. Whether or not it’s been a huge success is up for debate, but there’s no denying the fact the ladies are getting more time and storylines on a weekly basis.

No. 1 Overall Pick in the WWE Divas Draft Charlotte

Charlotte is the best all-around female in WWE. She may not be the best in-ring performer in the Divas division, but she’s had numerous good matches the past couple years. She’s also the daughter of Ric Flair, and like it or not, that goes a long way when it comes to marketability and drawing power. She held championship gold in NXT and is the current WWE Divas Champion. Charlotte is much more effective as a heel, but she had success as a face as well. She won’t be 30 until next month, so she’s going to be one of the top Divas for several more years.

Sasha Banks easily could’ve been number one on this list, and I consider her more as 1A than 2. Her rise to stardom has been fast, and she still isn’t 25 years old yet. She had an impressive run as NXT Women’s Champion, and her matches with Bayley rank among the best of 2015. In addition, she may be the WWE Divas Champion this time next month. Banks has proven she can get over as a heel or face, and she’s simply one of the best female in-ring performers in the world.

Bayley has taken her gimmick to heights many thought were impossible when she debuted on NXT. She’s a really solid in-ring performer, and she’s shown improvement on the mic as well. She’s had really good matches with a number of top females in the company as well as some of the up-and-coming talent. The top two in this mock draft are a step above the rest, but Bayley is definitely at the top of that next tier. It remains to be seen whether or not her character will be successful on the main roster, but she’s overachieved every step of the way to this point.

Paige is an interesting case and one of the toughest to rank. She deserves a lot of credit for being at the forefront of the Divas Revolution. She was the first NXT Women’s Champion, and she and Emma had a great match at the first-ever WWE Network live special. Shortly thereafter, she won the WWE Divas Championship her first night on the main roster. That hurt her a little because the only way to go from there was down. She’s been switched too often from face to heel and vice versa, but she’s proven she can get over either way and is fairly marketable.

Becky Lynch has gone from a relatively unknown NXT competitor to being in the WWE Divas Championship match at WrestleMania very quickly. She has a very fun and energetic character, and when she’s given proper time, she’s very solid in the ring. Her moveset which includes a number of different suplexes is very unique to the division. The Irish Lass Kicker hasn’t tasted championship gold yet, but many believe it’ll happen sooner rather than later. She hasn’t fully reached her potential, but her ceiling isn’t as high as some of the others in the rankings.

Asuka’s ceiling, on the other hand, is probably as high as any female competitor in WWE or NXT. Her character and in-ring style is unique to what WWE fans are used to seeing, and that sets her apart in a positive way. She’s one of the most marketable Divas in the company. Asuka is also a very talented wrestler, and she’ll surely be promoted to the main roster at some point in 2016. At 34 years old, she’s a little older than the Divas ranked above her. That’s the main reason she isn’t ranked higher, but she’ll be a huge part of the Divas division for several years.

Nikki Bella would’ve been ranked higher this time last year, but her future is cloudy after a recent neck surgery. The improvement she’s shown the last few years is remarkable, and she deserved to become the longest-reigning Divas Champion as much as any other female competitor. Her in-ring style improved along with her strength, and her moveset benefited. She’s also one half of the Bella Twins, and they’ve become quite marketable in recent years as well largely because of Total Divas. Hopefully, Nikki Bella makes a successful return from surgery and gives fans a few more solid years.

Emma is one of the most underrated Divas in WWE, although her time on the main roster was a disaster after being used about as poorly as possible. It was a blessing for her to return to NXT, and she has repackaged her character and seems to be going in the right direction. The Aussie is one of the most talented in-ring Divas, and while she isn’t the best mic worker, she has shown some improvement during her current heel run. Emma helped start the Divas Revolution, and it’s a shame she doesn’t get much credit for it. She’s definitely deserving of another shot on the main roster to show her ability.

Carmella probably wouldn’t have been in the top 20 this time last year, but she’s improved in every area during that timeframe. A number of wrestling fans thought she would end up being a valet a majority of the time, but she’s become a credible in-ring competitor. She benefited more than anyone when Charlotte, Banks, and Lynch moved to the main roster last summer. She probably won’t ever be one of the top two or three Divas in the WWE, but she hasn’t reached her full potential yet either. Carmella is definitely on the rise.

Alicia Fox, similar to Emma, is one of the most underrated females in the company. Foxy is one of the longest-tenured Divas in WWE and has been a mainstay since 2008. In 2010, she became the first African American female to win the Divas Championship. She’s been one of the best in-ring performers on the main roster the last several years, and she’s now in the spotlight more as a part of the Total Divas cast. Fox is still only 29 years old, so she’s not going anywhere for awhile. Hopefully, she’ll get another run with the gold before her time in WWE is up.

Dana Brooke is another Diva who got her start in NXT and is on the rise. She was pretty poor in the ring her first month or two of televised matches, but she’s already improved quite a bit in a short amount of time. She has the perfect look and marketability after a history of fitness and bodybuilding competition, and she has developed into one of the better female heels in the company. Brooke has a pretty high ceiling in the WWE, and she’ll be a focal point on the main roster in the future if she continues to improve in the ring.

Natalya was raised around professional wrestling, and she’s made a pretty good career for herself as a WWE Diva the past nine years. She’s great to have on the roster because she’s still a viable in-ring performer and great role model for future female competitors. She’s a former Divas Champion but has never really been able to stand out on her own. Nonetheless, Natalya is a great asset. She has notoriety because of her family history in the business in addition to her involvement on Total Divas. She’s also a great ambassador for WWE and speaks in multiple communities throughout the year.

Naomi has come a long way since her days of being a dancer for Brodus Clay. She’s the most athletic WWE Diva on the current roster, and she’s proven she can be successful as a face or heel. She’s been close to the Divas Championship on multiple occasions, but she hasn’t been able to break through the glass ceiling. Naomi has moments of brilliance in the ring because she can do things not many female competitors can do, but she also shows moments of sloppiness which continues to hold her back. At 28 years of age, she has plenty of time to get to that next level.

Alexa Bliss debuted as a face, and the fans got behind her pretty well. She turned heel by joining Blake and Murphy and has been even better in that role. She’s improved her in-ring and mic work over the past year, including a short but fairly decent feud with Bayley over the NXT Women’s Championship. That being said, she’s still at least two or three years away from being near the top tier. Bliss is only 24, however, and two or three more years in NXT will do wonders for her career. She has a great look and a very high ceiling. Most importantly, time is on her side.

Nia Jax has a very unique look compared to the rest of the WWE/NXT Divas, and that’s a great thing for her career moving forward. She got started a little later than most and will turn 32 in a couple months. Nonetheless, she seems to be on the fast track to success and could experience a pretty quick rise through the ranks. Jax earned a match for the NXT Women’s Championship within seven months of her in-ring debut, so she definitely has the support of some important people within the company. It’ll be interesting to see which path her career takes, but there is plenty of potential for good things.

Top 5 Left on the Draft Board: 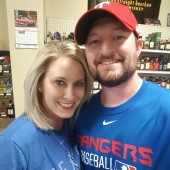 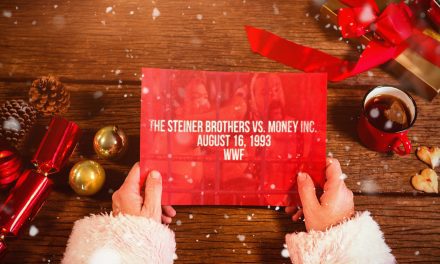 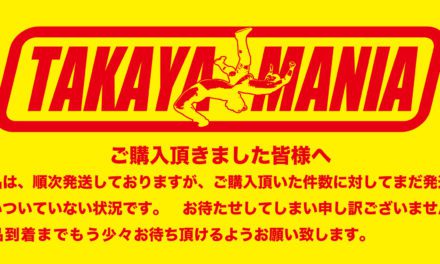