Dragon Gate is back in Korakuen Hall for the third time this year and as per usual with Dragon Gate, chaos is on the verge of happening. While no units are on the line and no titles are up for grabs this month, “brother” YASSHI is back after an 11 year hiatus from the company and alongside his former tag team partner, Masato Yoshino, he’s ready to wreck havoc on YAMATO and Naruki Doi. Elsewhere, Kzy, now without a unit, teams up with Monster Express to battle VerserK in the main event. From top to bottom, this card is stacked.

Over Generation has gotten in a groove of having really fun opening matches on shows I review. I love it. Here, CIMA leads the two young upstarts into battle against three of the most experienced men on the roster. Arai, of all people, was a total blast in this match. Perhaps it’s the confidence he’s gained as the reigning and defending Asuka Project Champion, but he looked like he was having a blast out there. Don’t skip this opener, folks. Short, to the point, and a ton of fun. ***1/4

I really don’t approve of my main man spending time around Gamma. Gamma is a crazy uncle that will only lead Lindaman down a path of booze and debauchery and I can’t let that happen to the future star of Dragon Gate.

As for the match, it’s what you’d expect from these four. Ichikawa did his absurd comedy, which delighted me, as it always does, Gamma stayed out of the way, and the interactions between Lindaman and Fujii were a total blast. I say it every time I review one of his matches, but Lindaman is going to be a superstar. If his size doesn’t hold him back, which I pray it won’t, then he’s the next generation’s ace. **1/2

Yamamura is pulling double duty because Punch Tominaga is out with the flu. By the numbers tag match here designed to get Yosuke a huge win before she heads into her Brave Gate match with Kotoka. Nothing special, but another really solid outing by Yosuke, who has developed into a really fun worker. Don’t sleep on her matches this year. **3/4

Verserk invaded afterwards. Kotoka & Doi mocked PT for not being there. He didn’t even bother to update his blog to apologize for not showing up. OVER GENERATION is basically the same without him so he may as well retire. That gave Doi a great idea for the next Korakuen Hall show. The “If Punch Tominaga Loses He Has to Immediately Retire Special”. It will be a 6 Man Tag. For Verserk, it would be himself & Kotoka & …..The crowd goaded him into picking Mondai Ryu. Since that was essentially making it a handicap match, OVER GENERATION was not allowed to put CIMA or Gamma into the match. Eita & PT were the first two. DK nominated himself to be the third. He told Eita that this was the sense of timing he had told him about. –iheartdg.com

M2K reunion match and my body is ready!

Loved this match, for the most part. It certainly doesn’t hurt that Kness, Susumu, and Mochizuki are three of the best workers in the company and Kanda, when he’s on, is no slouch. Mochizuki at age 46 is quicker, smoother, and just simply better than nearly every wrestler on the planet. His sequences with both Susumu and Kness throughout the match were unreal. I don’t know how he does what he does at his age.

My only gripe with this match is that Susumu, who, for those that have been living under a rock, is the new Open the Dream Gate champion and he took a lot of offense in this match, to a point that it seemed like they were building up Mochi or Kanda to face him. From a booking standpoint that would make no sense, and my irrelevant theory was later debunked by the booking of this show, but I wish the newly crowned champion wouldn’t have taken so much here. Really fun match. ****

Saito brought up that while they used to be M2K together, three members of the team were Jimmyz. So for one night only, perhaps Mochizuki should become one. After thinking for all of 10 seconds about it, he christened him Jimmy Masaaki. Saito brought up Don Fujii acting as Jimmyz Train conductor last year. Mochizuki would have to find something similar. Mochizuki said he would be the driver, but Saito arbitrarily decided he would be the person who sells snacks on the train. –iheartdg.com

YASSHI is someone that I always get excited to see in an ironic way. I’ve never dug his work, even at the height of his success in Toryumon, but he’s never been horribly offensive, either. He’s a novel name that can produce good work and perhaps even great work on rare occasion, but I didn’t long to see YASSHI back in Dragon Gate and this performance didn’t change my mind.

The bulk of this match was a lot of fun, actually, with YAMATO and Doi clearly being uncomfortable with this indie sleaze magnet coming back to Dragon Gate. Even with their solid chemistry, it seemed like Yoshino wasn’t even that comfortable with him there. Things went downhill fast, however, as the match ended in a DQ after constant box attacks from VerserK. Lame finish that killed what was becoming a good match and killed any interested I had in seeing YASSHI back in Dragon Gate. Hopefully this was his last appearance. ***1/2

Yoshino asked him why he ruined his return to DG after 11 years with a disqualification loss. YASSHI asked him what he was expecting? He was brother YASSHI and this was his style. The same brother YASSHI that was fired from this very company 11 years ago for behavioral problems and neglect of duty. He wasn’t going to change who he was just because he was in DG. He will always be himself, no matter where he goes. He left. Yoshino was at a loss but promised the fans he would persuade YASSHI to come around. –iheartdg.com

For the second month in a row, Kzy stole the show in the main event. Last month, he was fighting to keep Dia. Hearts alive. His efforts were appreciated by the Korakuen faithful and the fans viewing at home, but he came up short in the end. This month, he was battling alongside Monster Express, a unit composed of his former friends and foes. That did not stop him from putting on one of the best performances I’ve seen in 2016. Two months in a row, Kzy has taken it to VerserK and most notably, former Open the Dream Gate Champion, Shingo Takagi, On this night in Korakuen, he fought for himself, and while he came up short yet again, continues to win me over, as well as the Korakuen crowd.

Yet again, Dragon Gate delivered with a huge multi-man match to close out Korakuen. This didn’t have the intense feeling of the prior month’s Unit Disbands Match or the lovely Doi Darts spectacle that was in January, but this, yet again, was a high quality match that seemingly only the Dragon Gate roster could pull off.

Big R looked incredibly impressive, both from an in-ring and from an aesthetic standpoint, as he donned a new orange singlet to battle with Monster Express. Elsewhere, it was Takagi, bitter from embarrassment last month and the fact that he no longer had gold around his waist, brutalizing both Tozawa and Shachihoko BOY.

In the end, the evil ways of VerserK were too much for Monster Express to handle, as Kzy was blasted with powder, thrown on a line by Naoki Tanizaki, and eventually lariated to near-death by Takagi for the pin. This was a thrilling match that needs to be seen by any Dragon Gate. ****1/2

Kzy promised to answer the invitation from MONSTER EXPRESS today. Kzy said that he was glad to been offered the spot but he had to decline. There are several things he would like to do before finding a unit that he can only do while unaffiliated. For example, he hasn’t teamed with CIMA or Stalker Ichikawa much in the past.

Yoshino was stunned. After the great way in which things ended last month, what a crummy end this was. brother shock, now Kzy shock. He didn;t have the will to talk anymore. Tozawa gave him a tight embrace and consoled him. This is pro wrestling. Sometimes good things happen. A lot of times bad things happen. That was DRAGON GATE. –iheartdg.com

Final Thoughts: Once again, Dragon Gate delivered a killer main event to add to a super fun show in Korakuen. Kzy is having one hell of a year. His performances in these past two Korakuen main events can’t go without praise. El Lindaman and Yosuke Santa Maria are tearing things up on the undercard, Masaaki Mochizuki is finding his footing after Dia. Hearts, and the main event, once again, delivered to an outstanding degree. 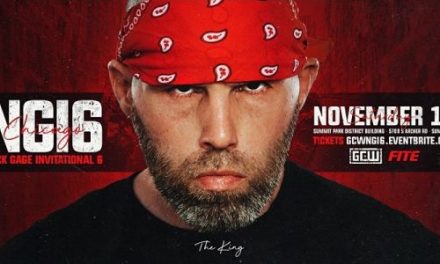 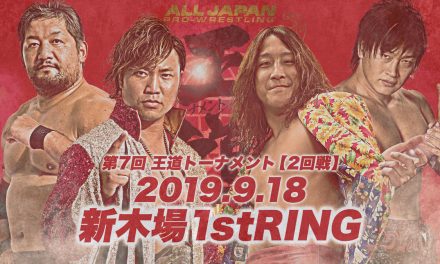