Ed Ferrara was no longer on commentary and not a moment too soon. Before long Tenay and West would form a very effective team (one which should never have been broken up in 2009 for an uninspired, insipid, counterproductive Taz).

Styles and Lynn were to contest a Best of Three on this show with a Falls Count Anywhere match, a No DQ match and a ten minute Iron Man match. The winner would earn an X-Division title shot. This was the first match. Styles hit an elbow drop off the guardrail. They brawled throughout the Asylum. Styles dived out of the bleachers onto Lynn. Lynn suplexed Styles on the floor. The match spilled back into the ring before quickly making its way back out. Lynn speared Styles on the ramp and then bulldogged him off the stage for a nearfall. Lynn hit a Cradle Piledriver on the ramp for the win. They didn’t go all out here because they still had to wrestle two more times but this was a fun opener. **1/2

Chris Harris and James Storm still weren’t getting along because of Harris’ disapproval of Storm’s cowboy getup. This was Brian Lee’s TNA debut, and Ron Harris was teaming with Lee instead of his brother Don for some reason. Lee hit Harris with a Tombstone Piledriver but Storm made the save. Harris and Lee worked over Harris until he made the tag to Storm. Don West threw out a bit of foreshadowing by saying Lee is the kind of guy you’d see with James Mitchell. Brian Lee randomly starting attacking a “fan” and that distracted Ron Harris long enough to give Harris and Storm the win. Harris and Lee beat down Harris and Storm after the match. Uninspired formula tag team match. *1/2

2 out of 3 Falls
Sonny Siaki vs. Jimmy Yang

A strange choice to do a 2/3 Falls match on the same show as a best of three series but okay. Yang dominated the first fall and hit Yang Time to go 1-0 up. Siaki took control in the second fall and hit the Siakalypse to bring it to 1-1. Yang grabbed a half crab and a kneebar but Siaki reached the ropes each time. Siaki hit a superplex but Yang came back with a Shining Wizard. Siaki revered a hurricanrana into a reverse buckle bomb but Yang fired back with a neckbreaker off the top. Siaki revered an O’Connor roll and grabbed the ropes to pick up the win. The first two falls weren’t particularly interesting with each being dominated by a particular wrestler but the final fall was much better. Jeff Jarrett came out after the match but Brian Lawler attacked him. **1/2

Lawler was about to say why he had beef with Jarrett but Slash cut him off for Lawler’s scheduled match of the evening. Slash tried to piledrive Lawler on exposed concrete but Lawler backdropped him. Lawler followed with a bulldog on the ramp. Slash hit a superplex followed by the Slash and Burn but Lawler kicked out. Lawler hit a DDT, enziguri and soon followed with the Hip Hop Drop for the win. A solid, short match. **1/4

Like Low Ki vs. The Flying Elvises the week prior to this, this was a four way elimination match rather than some sort of handicap match. Mike Tenay fairly pointed out that the NWA matchmakers seem to hate Low Ki with back to back four way title defences against stables. The SAT tried to triple team Low Ki but Low Ki was having none of it and fought all three off. The Maximos started fighting with Red so they are as stupid as the Elivses were last week for not eliminating Low Ki before fighting amongst themselves. The Maximos tried a lot of neat stuff but it only ever came off smoothly around 50% of the time. Red hurricanrana’d one Maximo off the apron into the other. Low Ki lifted Red into the Ki Krusher but decided to hurl Red at the Maximos instead. Low Ki then followed with a Phoenix Splash to the floor. Joel pinned Jose after a double underhook spinning piledriver. Low Ki then proceeded to relentlessly kick Joel in the face. Red hit the Red Eye followed by the Infrared to eliminate Joel. Low Ki escaped the Code Red by throwing Red into the turnbuckle. Low Ki hit the Ki Krusher off the middle rope to score the win. This match was loads of fun. These four clearly know each other very well considering they broke through in the same part of the US and they put together a really enjoyable match. Low Ki winning two straight four way elimination matches was certainly a decent way to establish him as a credible champion. ***1/2

They brawled around ringside before Monty hit a belly to belly on the floor. Killings hit a top rope legdrop for a near fall. Monty hit a running powerslam followed by a splash for two. They escaped each other’s finisher attempts before Kiilings reversed the Alpha Bomb into a sloppy rollup for the win. A solid match but it never felt like a big title match and Monty clearly wasn’t ready at this stage of his career. Jarrett attacked with a chair after the match but Brian Lawler intercepted. Lawler then inadvertently hit Killings with a chair. **1/2

They jump started this match in the back. They set up a table at ringside. Lynn grabbed a chair but Styles swept Lynn’s legs and then legdropped a chair into Lynn’s face. Styles wedged a chair in the corner but got catapulted into it shortly after. Both men connected with clotheslines, landing on a chair in the process. Lynn went for a sunset flip but Styles cracked Lynn on the head with a chair. Lynn dropkicked a chair into Styles’ face for another near fall. Lynn hit a draping DDT onto a chair but pulled Styles up on a pin attempt. Lynn hurricanrana’d Styles through the table on the floor but Styles kicked out when Lynn rolled him back in the ring. Styles hit a Styles Clash off the middle rope onto a chair to pick up the win. This was more intense and ambitious than the Falls Count Anywhere match earlier in the show. ***

Due to there being no break between matches Styles pinned Lynn again straight away to go 1-0 up. Styles pinned Lynn again to go 2-0 up. It makes sense that a move like a Styles Clash off the ropes onto a chair could earn three falls if there isn’t a break between falls. Styles tried to pin Lynn a third time but Lynn kicked out. Styles tried to ground Lynn but Lynn fired back with a facebuster to take it to 2-1. Lynn tried to pin Styles again but Styles escaped. Styles hit a DDT out of a Razor’s Edge for a pin that looked an awful lot like Lynn kicked out. Lynn hit a tombstone piledriver to take it to 3-2 with 90 seconds left. Styles escaped a Cradle Piledriver but Lynn hit a Styles Clash to make it 3-3. They frantically exchanged pin attempts as the clock ran down to zero.

Low Ki came out and dropped both guys afterwards. Low Ki said because of the draw he will defend against both men next week in a three way ladder match. It wasn’t the six falls in ten minutes that hampered this match, it was the uneven pacing. Frequently it felt like they were killing time rather than urgently trying to win the match – which is fine for Styles defending a 2-0 lead but didn’t work at all with Lynn coming from behind. **1/4

Jarrett closed the show after Bob Armstrong promised a surprise. It was supposed to be Bob Armstrong in a mask but the person cleared the ring of Jarrett as Bob Armstrong came down the ramp with a chair. The question left lingering being who the person under the mask was.

Final Thoughts: A show hung on three AJ Styles vs. Jerry Lynn matches should always deliver and, despite a muddled main event Iron Man match, this show largely did. This was the first good show in TNA history, with mostly a bunch of decent to very good matches and nothing offensive. 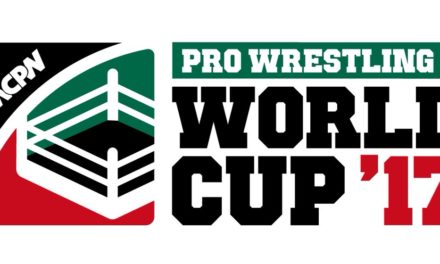