Tonight is the first in a series of WWE NXT episodes taped in the CFE Arena at the University of Central Florida. They’re still in Orlando, but the arena is much bigger and it’ll be interesting to see if the crowd reactions are as loud – or as positive – as they are on the for-profit home turf at Full Sail University. The Barclays Center this is not, but this should be a great litmus test for the NXT brand.

Tap out to two of NXT’s best submission wrestlers at the same time and suddenly you’re jerking the curtain two weeks later.

Corbin’s apathetic schtick doesn’t work so well he needs to prove his dominance to get back into the main event scene, but he looks pretty great when he kicks out at one from a Johnny Gargano spear through the ropes. Gargano also flies and flops really well for Corbin, no one has been a better recipient for Corbin’s Deep Six side slam.

Johnny Gargano started out the match trying to stick and move, but Corbin swatted him down and took control. Corbin caught Gargano with the End of Days for the win following a last second hope spot chase by Gargano.

The Hype Bros vs. John Skyler and Corey Hollis

Given the opposition, this was obviously a squash. Mojo Rawley seemed more confident in the ring than he has in weeks and months past. Rawley even did Monty Brown’s Pounce, but only as a transition move. The Hype Bros win with the Hype Ryder in short order. Please don’t make a Hype Bros run an actual thing. Please.

After the match, Carmella and Bayley have the nicest face-to-face promo in wrestling history leading up to their main event title match tonight. They’re friends, if you haven’t been following along.

This match comes as a direct result of the No. 1 contender battle royal a few weeks ago. Bliss eliminated Cameron from the match. Cameron looks much smoother in the ring and more athletic than she has before, but she’s wearing either an ascot or a very tiny necktie. Cameron is giving Blake a run for his newly earned award. Is it a neckerchief? Walker, Texas Ranger used to wear a neckerchief.

Cameron threw a couple good knee attacks at Bliss, but Fraulein Kreuger ran the match and won with the Sparkle Splash.

American Alpha interrupted another Super Serious promo from Enzo and Big Cass. The four of them will be teaming up next week against Dash and Dawson and Blake and Murphy.

Of all the plodding wrestlers with dead end gimmicks, Elias Sampson is certainly one.

The best part of this squash was the Nickelback chant that preceded Sampson’s swinging neckbreaker finisher.

Sampson picked up Chehkov’s guitar and stood in the ring without playing it after the match. I don’t think he knows how to play guitar.

Apollo Crews says backstage that he’ll be a “new Apollo Crews” next time we see him in an NXT ring, and that’s probably a good thing because this Apollo Crews was kind of fizzling out.

The second match on this program to come as a direct result of the No. 1 contender battle royal almost a month ago.

You already know how this ends, but Carmella had her “I’m just happy to be here” face on from the get go. Also, with their lights-out intros for title matches, NXT does the big fight feel better than the main roster. Add that to the list, I guess.

Bayley and Carmella start the match out with a hug, something we haven’t seen as much of from Bayley as of late.

With the exception of a tumble from the top rope and a couple of Carmella dives to the outside, neither Bayley nor her reign were ever in danger during this match, but it was a great showcase for how far Carmella has come and that she’s ready to be a part of the conversation in the NXT women’s division.

.@CarmellaWWE comes crashing through the ropes, taking down the Champ! #WWENXT @ItsBayleyWWE pic.twitter.com/vXMv9Go7Ze

Carmella never truly broke bad, but there was a great moment where it clicked in Carmella’s head that she had to actually hurt her friend to win the match. Then the whole thing opened up and the pace picked up for the final 5 minutes.

One of the great things about NXT is that it’s the only place in WWE where you see surprise or unusual endings. I’ve always kind of wanted to see a match end during one of those pin trading segments. Turns out it’s kind of cool. Bayley won with a roll up after a succession of back and forth pins. The Breaking Ground pals hugged again after the match, but Nia Jax and Eva Marie attacked Carmella as she was walking up the aisle. Bayley went to make the save, but got a headbutt from Jax and was of no use thereafter.

Jax carried Carmella to the ring where Jax and Eva Marie continued to put the boots to Carmella before Asuka came to make the save. Jax and Eva Marie took a powder following a staredown. Bayley returned to the ring and Asuka dusted off the NXT Women’s Championship on Bayley’s shoulder to set up their run to Dallas.

.@WWEAsuka chases off @NiaJaxWWE & @NatalieEvaMarie, then sends @ItsBayleyWWE a message of her own! #WWENXT https://t.co/ByfmYjBz0Q

The Central Florida crowd seemed subdued for their first NXT episode, but the rest of the taping is coming in subsequent episodes and I’m guessing the crowd heats up as the excitement of their show did. We all know big things are coming in NXT, but that knowledge just makes these episodes leading up to those giant moments drag so much more. 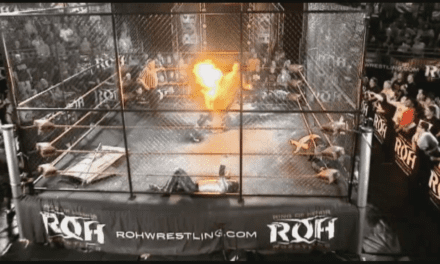 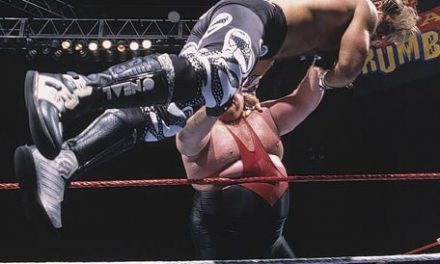