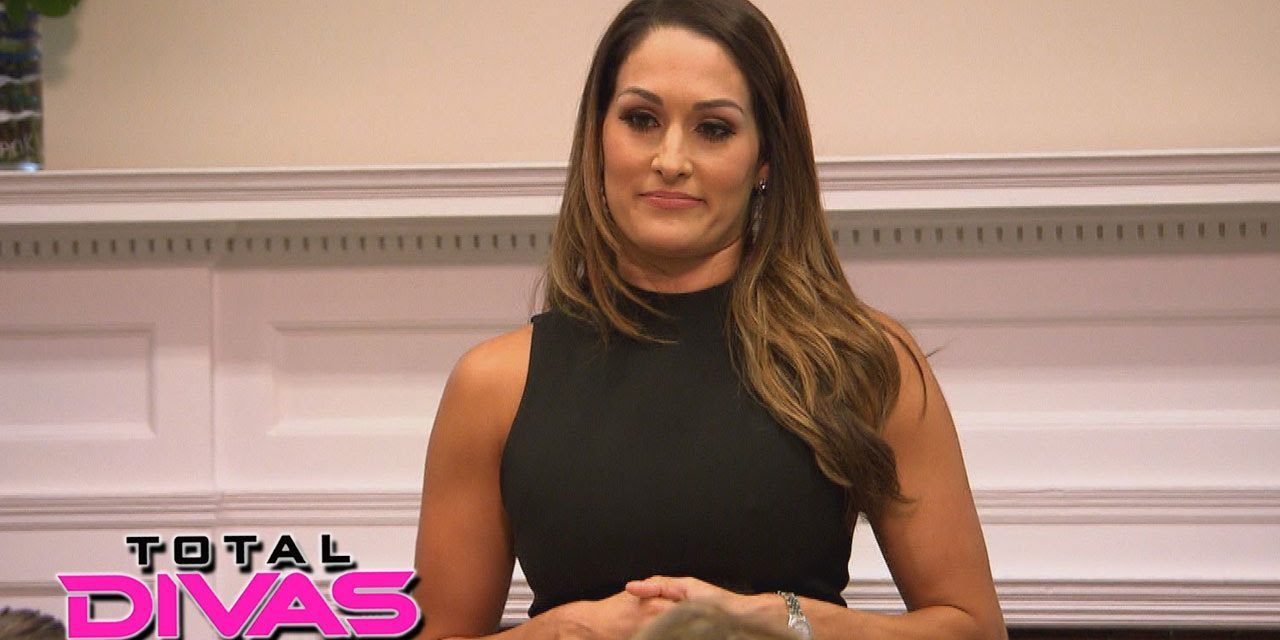 Imagine, for a moment, that you could eavesdrop on a conversation between former WWE Divas Champion Nikki Bella and philanthropist/activist/Kennedy/journalist Maria Shriver. What might they talk about? Would Maria ask Nikki to help her get in shape? Would Nikki ask Maria to help her learn how to be a confident public speaker? Would they go on a 15-mile charity bike ride together? Would Nikki come away inspired to launch the next phase of her career as a motivational speaker with the mission of building confidence in women and girls?

Spoiler alert: That conversation did happen, that’s exactly how it went down, and you could have eavesdropped had you just tuned in to this week’s episode of Total Divas. But that’s my job.

Nikki’s job, in this episode, is to join sister Brie in a weekend fundraiser for a Shriver-chaired organization that promotes opportunities for people who experience developmental disabilities. Thusly inspired by her new BFF relationship with Shriver (and chagrined by her inability to come up with anything meaningful to say when offered a microphone at the bike ride kickoff), she determines that her next job will be to become a Shriveresque inspirer of women. And Brie decides it’s her job to make Nikki as insecure as possible about her new path. Hooray for sisters!

“I love the fact that my sister feels inspired, but at the same time, you need to be a little realistic,” Brie says. “When I see Maria Shriver … I saw a classy, well-dressed, beautiful woman speaking.” In other words, she doesn’t come right out and say, the opposite of her Rack-Attacking, booty-twirling, Louis Vuitton-be-logoed sister.

Brie starts by making sure Nikki knows she doesn’t dress like a role model.

“If you become a motivational speaker and you want to empower women, the one thing they’ll be staring at is major cleavage,” Brie says.

“So you’re judging me,” Nikki responds.

“I’m just telling you my feeling,” Brie says. “You don’t have to be upset by it.” Because of course only a super hypersensitive head case would take an appearance-shaming remark so personally.

Nikki takes Brie’s criticism to heart and runs out to buy a whole new conservative wardrobe (I assume she consults high-neckline connoisseur Stephanie McMahon for stylist recommendations) as well as get her hair extensions removed. She shows up to meet Brie and friends for drinks looking like what might happen if Coco Chanel and Anna Wintour collaborated on a Nikki Bella prototype.

With the cleavage question resolved, Brie turns her attack to Nikki’s eloquence (or implied lack thereof), demanding that she stand up in front of the group and practice public speaking.

“I’m not trying to be the Big Bad Wolf or the evil mean sister. I’m trying to protect my sister,” Brie explains in a talking head. “I don’t want to see my sister get judged negatively.” So instead she rushes out and does the judging herself! Nikki’s not having it, and she storms out after calling Brie “a big fat bully.”

Later, while promoting her Experience Local business (still not clear on entirely what this is or how it makes money, but it has a lot of buzzwords attached to it, and considering this week’s heartbreaking Daniel Bryan news, I hope it works out for those two lovable vegan hippies), Brie tells Mama Bella she’s been giving Nikki a rough time. Kathy lets Brie have it about respecting individuality and not trying to make her sister be someone she’s not, uses the word “judgmental,” and then suggests buying Brie a T-shirt that says “Dream Crusher.”

Nikki has another supporter, of course, in John Cena, who puts on a suit and accompanies her to a women’s organization in Tampa, where she has a motivational speaking engagement. Just as Nikki is vibrating with pre-speech jitters, surprise! Brie calls to wish her luck and apologize. Ah, resolution.

But that’s not all the Divas action! Newcomer Mandy, having forged an alliance with All Red Eva Marie and then almost immediately started to question it, is feeling insecure in her choice of buddies, especially after some more chats with her co-workers about their Red and Gold tag team idea. (Either Mandy didn’t go back and watch the previous seasons of Total Divas to see the ill-fated Red and Gold tag partnership between Eva and Summer Rae and the resulting meltdown — doesn’t she have the Network? — or she’s a pretty convincing liar.)

“It’s funny, ’cause Eva’s done that before, and it wasn’t a success,” Nattie tells her. “Some things might be better left alone.”

Eva and Mandy go down to NXT to train together, and when Mandy’s boyfriend arrives to visit, the three quickly start to bond. Eva talks a lot about what it’s like to be hated, and Mandy gets over her doubts enough that one night at dinner, she admits that she talked to the other girls behind Eva’s back.

Guess how well that goes over!

Eva shuts down, and the trip back to their hotel is spectacularly awkward.

And then something happens that has never happened on Total Divas, at least to my recollection: Somebody white knights for Eva Marie. Suddenly the presence of Mandy’s otherwise superfluous boyfriend has a purpose.

“Why not go right to her?” he asks Mandy. “That’s judging someone … You’re coming off of Tough Enough. You didn’t win, right? For all she knows, you’re terrible. You may have just skated by on your good looks. Maybe you don’t know how to wrestle … She gave you the benefit of the doubt.”

Chastened, Mandy goes to Eva and apologizes, and they immediately go back to using annoying voices and finding things they have in common. So that’s a thing that’s going to keep happening, apparently.

Also Paige might break up with her no-longer-a-fiancé. Whose name, I believe, is still Kevin. 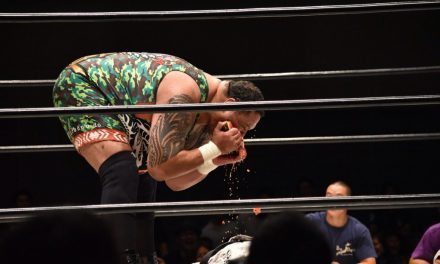 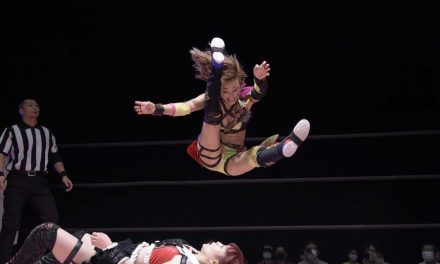