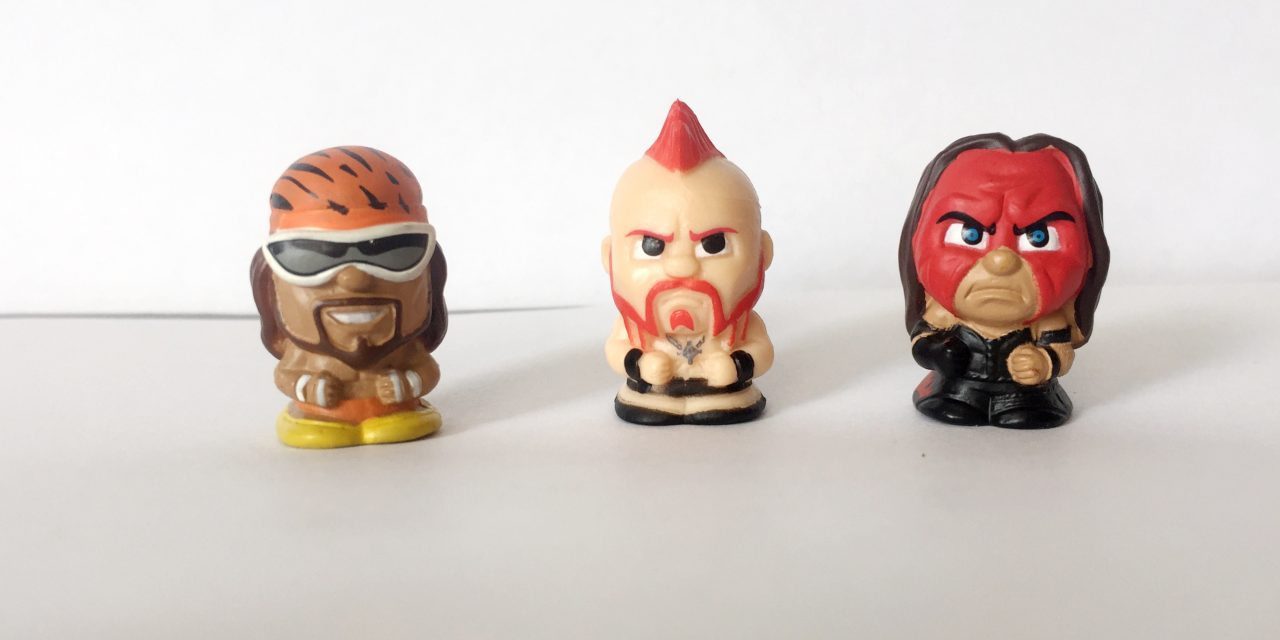 There is a universe of wrestling fans that are constantly searching for WWE action figures. The wide variety of available action figures means fans of all different types can search for and collect something that is satisfying to them. Whether you look most fondly on WWF in the 1980s or on the Attitude Era, whether you preferred AWA or WCW, or whether you’re more interested in nostalgia or in having a replica that resembles your favorite wrestler as closely as possible, there is a line of action figures that will speak to you.

Despite that, there are still areas of wrestling fandom left untapped. Into one of those voids steps TeenyMates

. You may already be familiar with TeenyMates: they are one-inch tall figures that originally featured athletes from Major League Baseball

, and the National Hockey League

. Not content with the staid personalities of traditional sports, TeenyMates has entered the world of professional wrestling.

features 32 total figures. The figures come in blind bags featuring two figures, which carry a retail price of $3.99 each. Since it’s pretty difficult to tell which figures are in the bag based on feel, the fun of TeenyMates is opening the bag and waiting anxiously to experience the joy of finding a figure you haven’t seen before or the unadulterated pain of finding a figure you’ve pulled five times previously. Whether it’s going to be a joyful or painful experience is determined by statistical chance. There are 28 “common” figures, meaning your chance of pulling any one of them is roughly the same (though I’ve seen it mentioned in the dark corners of the internet that some of the common figures are slightly rarer than others). In the 28 common figures, there is a nice mix of current Superstars and Legends. Ultimate Warrior, Macho Man, Bret Hart, and The Rock are all represented, along with Daniel Bryan, John Cena, Brock Lesnar, Roman Reigns, the Bellas, and more.

The real prizes of blind TeenyMates bags, however, are the four rare figures. Those figures are a glow-in-the-dark Undertaker (1 in 64 packs), a crystal clear John Cena (1 in 128 packs), an alternate Macho Man (1 in 256 packs) and a metallic gold Rock (1 in 512 packs). Each bag also comes with two puzzle pieces, which can ultimately be put together to form a picture of all the featured Superstars on one side and a WWE ring on the other side.

Party Animal, Inc., the maker of TeenyMates, was nice enough to send Voices of Wrestling six blind bags of WWE TeenyMates. I drew the pleasure of getting to open them up. Even as an adult who did not previously collect WWE TeenyMates, that feeling of anticipation of hoping to pull one of those rare figures was exciting. 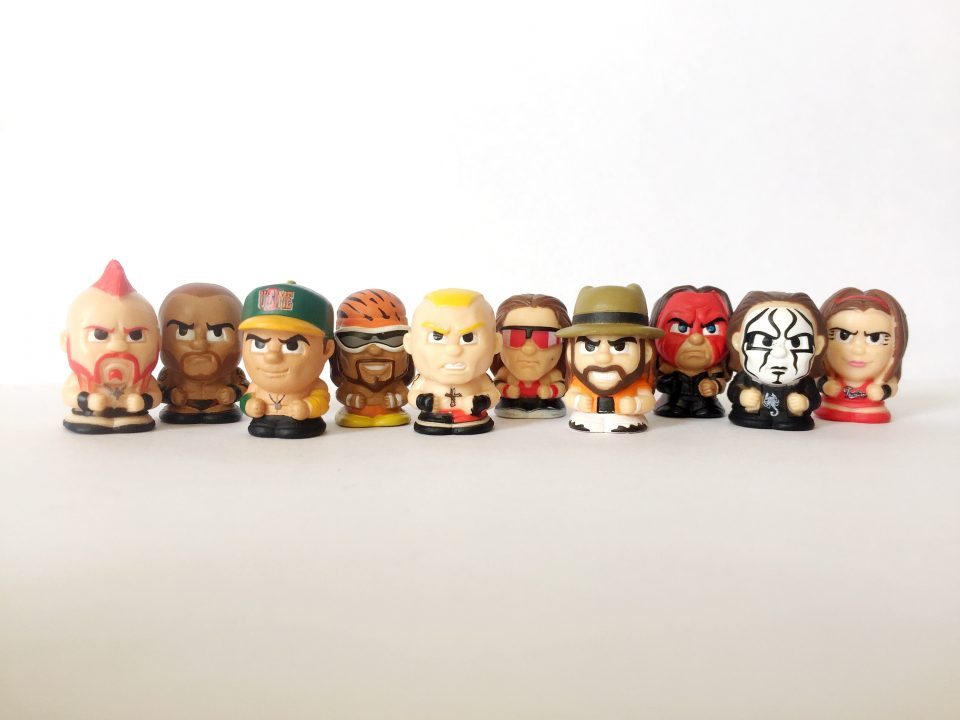 Let’s talk in general terms first: WWE TeenyMates are very well made. They are hard, not squishy, and feel very sturdy. They do not feel like they were thrown together cheaply, which is nice considering the price tag. The current Superstars almost all have current attires. Sheamus’ figure has the Mohawk and braided beard look and John Cena’s figure is adorned in his green and orange ring gear that he wore into his SummerSlam match with Seth Rollins. I appreciated those details instead of generic characterizations. 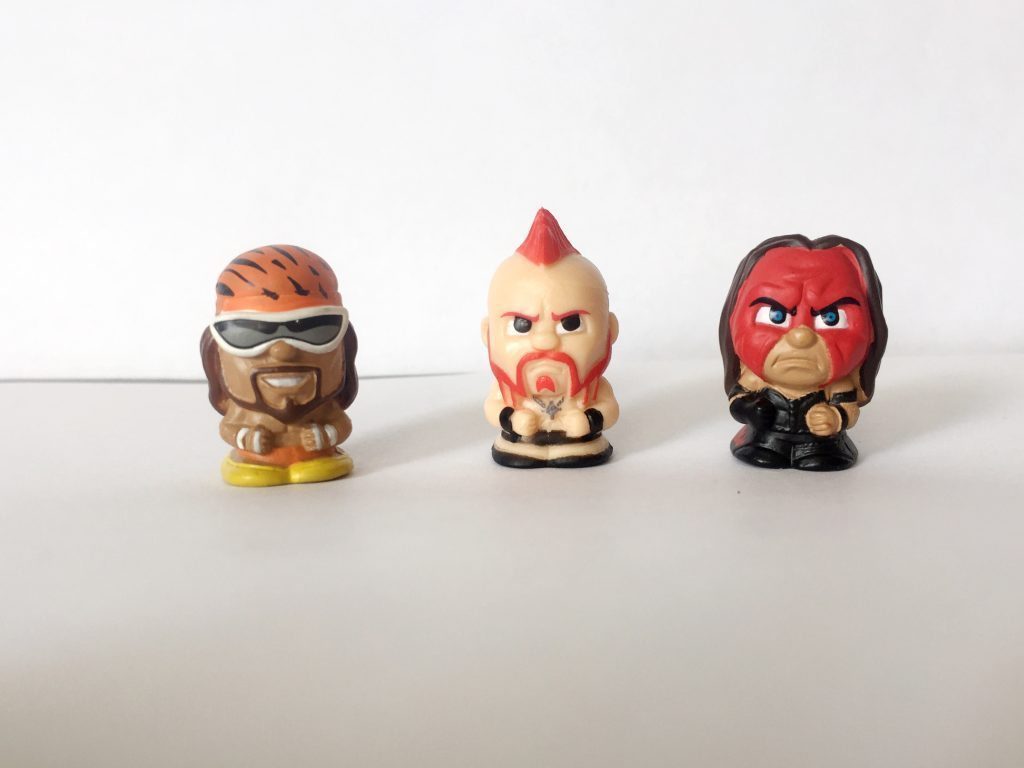 There is no way to build the anticipation the way it built for me from bag one to bag six so I’ll spill it now: sadly, I did not pull any of the rare figures. And even though I’d never bought a bag of WWE TeenyMates before opening those six bags, I wanted to go buy 100 more to find that freaking metallic gold Rock figure! Alas, here is what I got: John Cena, Sheamus, Brock Lesnar, Bray Wyatt, Kane, Nikki Bella, Randy Orton (2), Sting, Bret Hart, and Macho Man (2). Only two duplicates seemed reasonable. Of those ten different figures, the best looking ones are Sheamus, Kane, and Macho Man. Those figures separate themselves from the others because they really capture the character’s essence. The Sheamus figure is a particularly perfect representation. The common Macho Man, which has an orange and yellow attire, screams Macho Man. I wasn’t even that upset to pull a second one because it’s so pleasing to the eye. 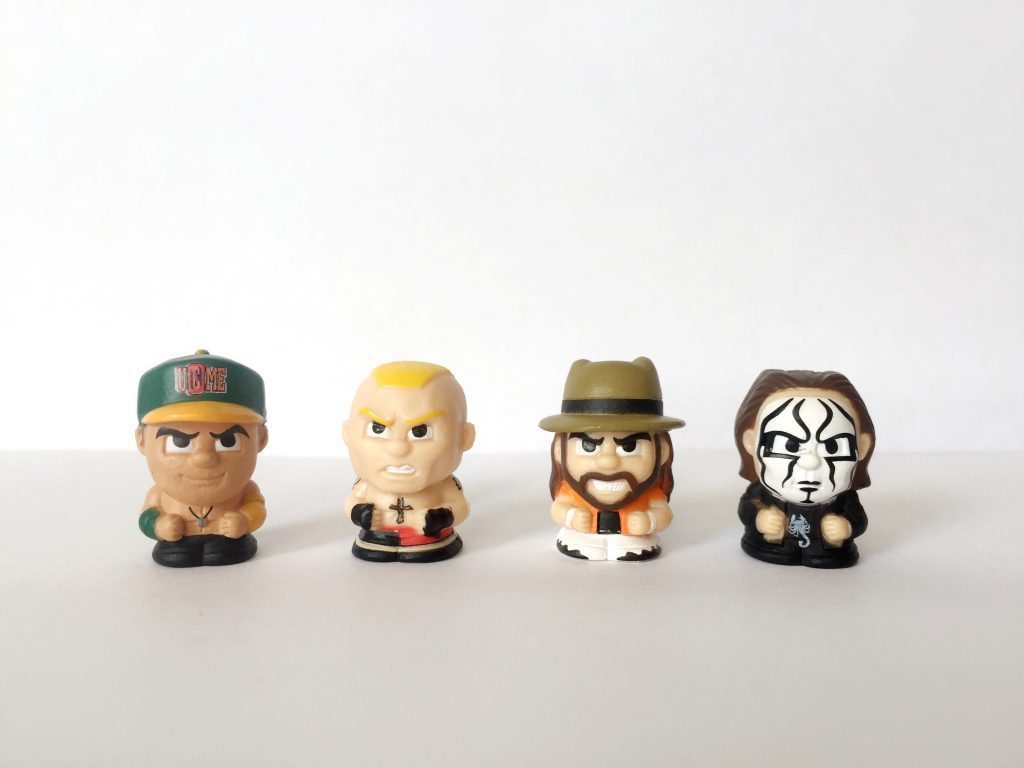 In the next tier of figures, I would put Brock Lesnar, Sting, John Cena, and Bray Wyatt. While a first look at Lesnar’s figure left me very impressed, a closer inspection reveals a major flaw. This may be entirely too pedantic but the figure includes Brock’s chest tattoo and attempts at the tattoos on both his arms. Those attempts aren’t great but we’re dealing with a one-inch figure so there is room for artistic license. However, there is not even a poor attempt at Brock’s back tattoo, which is perhaps his most iconic. As for Cena, Wyatt, and Sting, there isn’t anything bad about those figures; they are just slightly below the characterizations achieved in the figures I liked the best. For instance, Cena’s figure doesn’t have the sharp facial features that Brock’s figure does, which could have elevated it. 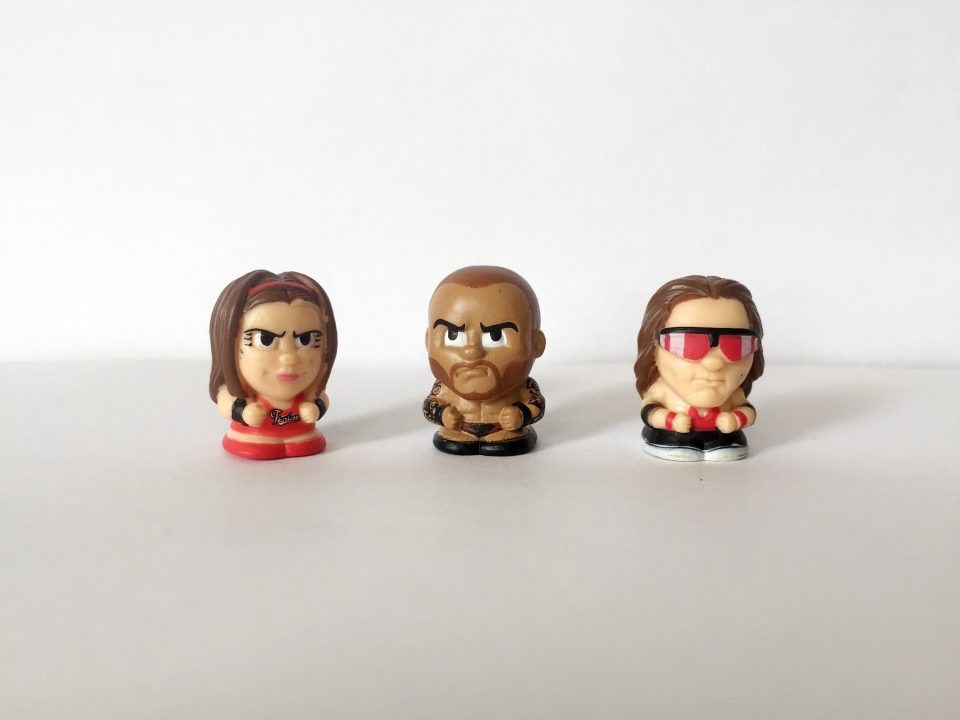 The bottom tier of the figures I opened consists of Randy Orton, Bret Hart, and Nikki Bella. While all the figures are slightly cartoony, it’s generally in a good way. These figures are marketed toward children after all. But the Orton figure’s eyes and eyebrows are so stark as to make him resemble a South Park figure. Bringing up the rear of this set of figures are Bret Hart and Nikki Bella. They both suffer from a similar problem: their faces are too wide, which causes them to much less closely resemble the actual person on which they are based. Nikki’s figure, however, is particularly disappointing because for all the accolades I dispensed for TeenyMates’ current characterizations, Nikki wears a headband, which she hasn’t worn with any regularity in some time.

Despite the nits I had to pick with a few figures, I was largely impressed with WWE TeenyMates. While all wrestling figures are geared toward children, despite the protestations of adult collectors, these figures seem particularly suited for young WWE fans. Through WWE TeenyMates, those fans can experience the ultimate human experience of searching for something and they just might get hooked on what they find. 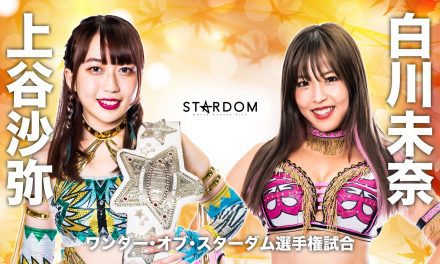 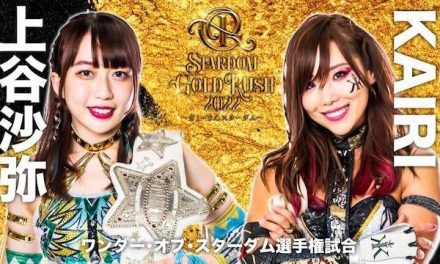