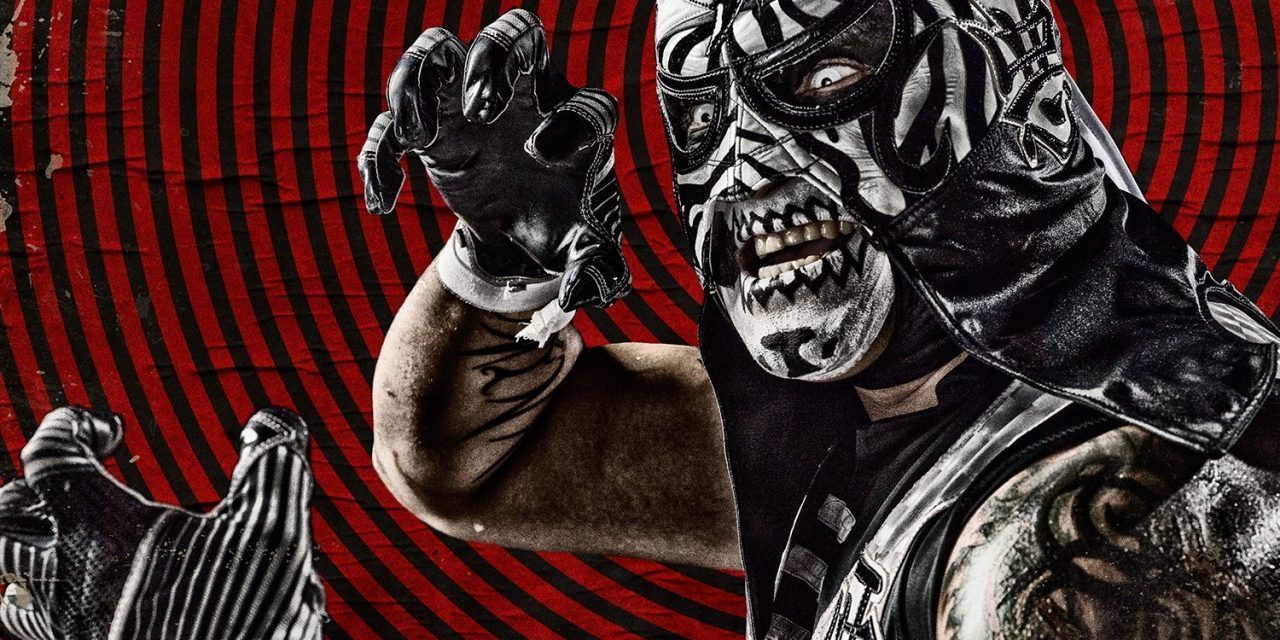 The Good Book says that no man is righteous, not one. Whether you believe the teachings of that book or not, it’s hard to deny our bicameral nature as human beings. Sure, we can pretend that immoral thoughts don’t dwell within our souls, but the truth is we all have a dark side. Something eats at us all; a thought, a memory of an event we regret, maybe one that we’d like to change. Of course, society teaches us that there is no logical reason to work through those things. Bury your ill feelings and everything will be alright.

Puma thought he could that. After all, he is a good man. He saved Ivelisse from a monster seven days ago. So why is on edge? Why do thoughts of his failure to beat Mil Muertes dive him to work out to the point of exhaustion? Who knows, Puma never talks so any idea is pure speculation. He is angry,though; angry enough to not be able to walk away from Pentagon Jr.’s needling; furious enough to brawl with the man he would call partner later in the night against the Disciples of Death.

Whatever was troubling Prince Puma, he needed to work out soon or he and Pentagon Jr. would fall prey to the minions of the Temple’s dark lord.

Johnny Mundo thinks the world of himself. He is a fantastic athlete and one of the most popular fighters at the Temple. However, he is also a man desperate to prove himself to the critics from his past. More on that later.

This week, Mundo faced a young luchador hungry to make his mark, Killshot. The upstart proved to be a resilient competitor and took all the punishment that Mundo had to give. Surprisingly, he was also every bit the athlete that Mundo is. Killshot matched each breathtaking maneuver from Mundo with one of his own.

Mundo refused to hail Killshot as his equal. Mundo wants to be the champion and feels he needs to be champion. It’s the only way he will ever prove that he is better than what a few suits in Connecticut thought him to be. Losing to an unknown would derail his road to the gold. Victory was Mundo’s only option and decided to take it by any means necessary.

The official went down. Mundo hit a low blow that bought him enough time to hit the End of the World. Three seconds later, Mundo had the victory he so desperately craved. ***1/4

After the fight and drunk from euphoria, Mundo taunted the Lucha Underground Champion, Mil Muertes. Mundo wasn’t the only man to challenge the champion. A machine called Cage entered the Temple and declared his own bid for the contendership. Again, Mundo ran his mouth at a man with twice his power. Except this time the target of his taunts could fight back. Cage hit the ring and Mundo’s better sense led him to leave the ring, but then Mundo’s refusal to cede the spotlight brought him back for a sneak attack; a sneak attack that Cage easily repelled.

Mundo’s need to prove himself is nothing to be ashamed of, but his attitude and methods of accomplishing his goals are rooted in insecurity. And now, he’s going to have to fight to survive against a mountain of pure muscle.

Sexy Star is a woman who aims to inspire. Her dark past included abuse and a life of fear. All of that was seemingly behind her until Marty the Moth came into her life. Marty’s crazed fixation with the beautiful fighter ended with him kidnapping her. For the past few months he held her hostage in his home and psychologically tormented Sexy. This week, Marty informed his prisoner she would finally be returning to the Temple. Of course, Marty and his sister would accompany her and Sexy’s descent back into the hell she thought she’d left behind was guaranteed to continue.

Not all who enter the Temple are seeking redemption or a place to ply their twisted trade. Some come purely for the thrill of the fight. PJ Black is such a man and this week those in attendance got their chance to meet a man who hunts thrills.

The Mack vs. PJ Black

Fighting a man like the Mack presented the kind of challenge that PJ Black craved. The Mack’s strength and agility kept Black on his toes. He had to be thinking how could he beat a man who could slam him to the mat with authority or gracefully dodge his attempts at offense. Where the odds against him? Definitely, but again men like Black relish the impossible; the high from confronting it is orgasmic. Perhaps that high is what cost PJ Black the chance to win his debut.

To many risks and too much time in the air made Black predictable. The Mack waited for the right time and found it. Black launched himself off the ring ropes with an acrobatic move in mind. The Mack pounced with a Stunner and Black was out for the 1-2-3. Somewhere in the cosmos, the ghost of Nancy Reagan pleaded with Black to just say no, if he had then the comfortable numbness of victory would have been his. **1/2

A beautiful woman has been the downfall of numerous men throughout history. In modern times, female fighters have proven themselves to be lethal. What would happen if the two were archetypes were combined? Next week, the Temple faithful will find out when Kobra Moon arrives.

The Disciples of Death vs. Prince Puma & Pentagon Jr.

Psychologists will tell you that to function in society that you need to come to terms with what troubles you. An inability to do so results in murky assessments of reality. Prince Puma’s desire for revenge or whatever he craved against Mil Muertes clouded his judgement. Pentagon Jr. played him from the opening bell until the three count.

Sure Pentagon Jr. wished to eliminate the Disciple of Death in his pursuit to please his master but he also wanted to collect the arm bone of Puma. There could no indication that he trusted or wanted to befriend the former Lucha Underground Champion. As chants of “Cero Miedo” echoed off the walls of the Temple, Pentagon Jr. stayed back and watched Prince Puma fight off the LU Trios Champions. He only inserted himself into the fight when it was prudent or, like at the end, when wanted to anger Puma by stealing the winning pinfall. ***

After the fight, Pentagon Jr. got his wish. He and Puma came to blows with the end result in his favor. Pentagon Jr. was going to snap Puma’s arm and then the unthinkable happened, Puma escaped.

Whatever made him seethe gave Puma the strength to break the armbar. The only man in the Temple who might have been called righteous had fallen in with the rest of the sinners that populate the locker room, but it might be for the best because if Prince Puma is going to regain his title or beat Pentagon Jr. he is going to have to go to a dark place to do so. 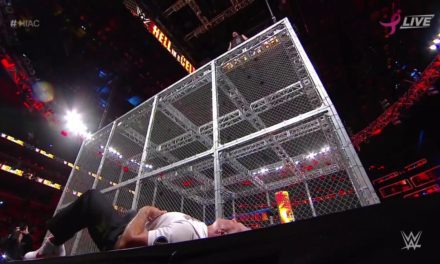