Posted by Voices of Wrestling Staff | Feb 1, 2016 | Other Puroresu, Reviews

In the wake of a successful Korakuen Hall show for All Japan comes a follow-up on January 3. It’s New Year Wars Night 2.

This was a seven minute headlock match. Sato TRIED to get the upper hand over Dragon but never could and was eventually put to sleep. Absolutely nothing to see here. I didn’t expect a whole lot, but c’mon, I expected more than this. *

Random comedy match that I can’t believe I spent even six minutes on. If there were actually people in the crowd, I’d think I was watching a DDT undercard. Please don’t watch this. Please don’t do that to yourself. DUD

Another comedy match, though this one was slightly more tolerable. Irie, Ishii, Takao and SUSHI Kozou are all pretty good but didn’t do much here. Seems to be the theme here, gimmick bouts where none of the guys involved give a crap about having a good match and are just here to attempt to cheap pop the crowd, which was completely dead throughout the show. Fuchi grabbed some arms, SUSHI did what SUSHI does, and the rest of the guys involved did their thing, which wasn’t anything special. Irie won and thus received a kiss from a woman at ringside (who I will say was indeed pretty cute). It was okay, I guess. **½

A much-need palate cleanser for sure. Jake Lee fought like he had something to prove, which he did, and that came across perfectly. Akiyama bullied him around for nine minutes and Lee was desperate to get the upper hand but was never able to get the ball rolling, though he did kick out of a set of knee strikes and even an exploder. The match wasn’t anything memorable but they told a great story and Lee looked like a million bucks, which is what matters most. ***¼

It was a Fujiwara singles match in 2016, what can I say? They traded holds for 15 minutes and went to a draw. However, there was a spot where the two of them headbutted the ringpost just to prove themselves to one another, which was awesome. What Fujiwara did looked good and was well executed but the match was mostly a bore. **

The GAORA TV Championship doesn’t mean all that much, but these two came out, put on the best match they possibly could and were probably the two hardest working guys on the show. Nomura is 22 years old and has only been wrestling for a year but has already picked up a lot of steam. Give him a few more years, I could totally see him being a top junior in All Japan or even NOAH. The crowd was behind him here and he looked good in defeat. There were a lot of reversals and fast paced sequences that made the match standout from everything else on the shows in the best way possible, so I appreciate them working as hard as they did. ***¼

This had the top three contenders for Suwama’s Triple Crown on one side, and on the other was the man himself, Suwama, Evolution stablemate Hikaru Sato, and, because this show is nothing but a big collection of gimmicks, Ghilli Man. Ghilli Man, often mistaken as the Swamp Monster from CHIKARA, is supposed represent Evolution and their navy scheme. It’s really just for giggles, and I don’t know who’s under there, but he didn’t do much in the match and was eliminated by Zeus a few minutes in, followed by Sato, and then eventually Suwama as the three challengers stand tall. Miyahara was the one to pin Suwama, which is why he was granted a shot at the Triple Crown, which is now set to be Zeus vs. Miyahara following Suwama’s injury and vacating of the title.

I don’t know what exactly they were trying to do here, but the match didn’t click on any level and was an absolute mess. An ugly, ugly mess that I wouldn’t recommend my worst enemy watch. It was slow, there was no heat, no energy, just a complete bore. *¼

Final Thoughts: What a depressing show. There were 800 people in the crowd and none of them gave a crap about anything they saw, and for good reason, because every match on the show outside of Lee vs. Akiyama and Nakajima vs. Nomura stunk.

Hopefully the next big show on February 12th is a lot better than this one. I have high hopes, so don’t let me down All Japan. Here’s the card: 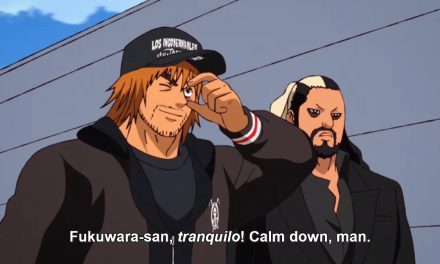