Though probably not fair, I was a little disappointed by the output of this match. Dorada is an explosive high-flier and Titan is a well regarded worker in the CMLL promotion, coupled with the supremely talented young lions Komatsu and Tanaka this was sure to be a show-stealer… yeah, not so much. The teams seemed to both have issues gelling at the outset as nobody seemed to know what they were going to do or how they were going to do it. It was slow, plodding and a little awkward — the antithesis of what a match with this combo of workers should be.

The last half finally picked up as we saw a beautiful dive to the outside by Dorada followed by a springboard moonsault from Titan. Back in the ring, the young lions regained control as Tanaka hit a beautiful delayed German Suplex to finish off a really cool sequence between him and Titan. The run was short-lived as seemingly out of nowhere, Titan locked on the Figure Four, forcing a tap from Tanaka. **1/2

Holy shit the entrance of Juice, KUSHIDA and Fuego. I can’t even… words can’t… just watch for yourself:

I am just so confused right now. #NJPWWorld #NJCMLL pic.twitter.com/qKUFFCmGdr

I’ve also decided that Fuego is the best. I don’t follow lucha libre enough to know if those fans actually like him or if he’s actually bad and I just saw a rare occurrence but he’s the best. It’s settled.

With so many great combos possible, this match started perhaps the best it could with Gedo and Fuego. Fuego teased a dive to the outside but Gedo ducked and screamed “NOOO!!!” Undeterred, Fuego danced instead. The action slowed down as KUSHIDA, in his comfort zone grappling with Hechicero, slowed the pace but in a very good way. Hechicero is a massive, massive man and would be a welcome addition to a few more NJPW tours. He’s unlike anything else they have on their roster. After the grabbing of these two, the match went back to a comedy vibe as Juice Robinson and YOSHI-HASHI squared off. I don’t get it, I’ll never understand it but by god Juice’s shit is finally getting over with the New Japan crowd. Good for him. His punch combo, the dollar store Road Dogg Jesse James  shake rattle and roll thing, it’s finally over… so good for him.

Hechicero, who’s been a goddamn beast on this entire tour so far, tapped Fuego a beautiful submission (someone will have to clue me in on the exact name, sorry!). Super fun six-man and exactly the type of pace and fun I was hoping for out of the opener. ***

This match is for the CMLL Arena Coliseo Tag Championship Match. The title, of course, as the name indicates is only defended at Arena Coliseo. Astute readers will realize this match is happening at Korakuen Hall. As far as I can tell (thank you Cagematch.net), this is the first instance of the title being defended outside of the arena.

OKUMURA has led a super interesting career coming up in Japan through the early 2000s (All Japan, Big Japan and New Japan) before moving onto CMLL where he’s made his name since 2004. He and Bobby Zavala (only 24 years old) are a super fun Rudo team who love to shittalk and hug one another (they even kissed at a point too!). Oh, the match? It was equal parts boring and sloppy despite the great character work by both. Panther and Maya Jr. tried their best and really got the crowd going a few times including a great tandem suicide dive sequence.

After a pair of suicide dives did OKUMURA in, Maya Jr. had Zavala on his own. One piledriver later and it was over for the challengers. The character work made this a fun match but there wasn’t a whole lot there otherwise. **

Like Captain New Japan before him, Taguchi has officially won me over. After so many years of calling him a worthless part of the New Japan roster, I’ve converted. The “no longer giving a fuck and doing whatever I want” Taguchi is incredible. His entrance on tonight’s show, complete with a young lion dance number (no, seriously) was incredible. DAVID FINLAY IS DANCING, PEOPLE. THIS IS NOT A DRILL.

Not to be outdone was Shinsuke Nakamura and Barbaro Cavernario. The cave man was wearing a Fred Flintstone costume and Nakamura showed off his bone-shaped nunchuck routine.

I swear, people, these are actual things that happened. I promise.

The crowd came unglued when Cavernario removed his Flintstones shirt and reveal “King of Caveman Style” painted on his back.

The match hasn’t started and I’ve already picked my 2016 Match of the Year. Taguchi and The Caveman started us off, you’ll notice Taguchi, in his Egyptian garb, has 69 on his mask. The number 69 is very important to Taguchi. One, because he has the humor of an 17-year-old and two, he was the 69th Junior Heavyweight Champion (a distinction he’s very proud of, by the way… because he has the humor of a 17-year-old).

The match was a ton of fun with a hot crowd throughout. I mean, how can they not be with the charisma explosion that is Cavernario and Nakamura. Nothing stood out distinctly other than a fast-paced, well worked match with a bunch of fun sequences. The first-half leaned heavy on the comedy as Taguchi unmasked Nakamura to shrieks from the crowd. Nakamura reacted by poking Taguchi in the eye. The second half saw Nakamura and Cavernario take control. Cavernario locked on his La Cavernaria (seated surfboard) on Stuka Jr. for the win. ***½

Los Ingobernables dominated from jump and despite the best effort of Atlantis (who hit a beautiful top rope plancha), this match was simply a vehicle to get Los Ingobernables over. Each member of the stable tried to take the other teams masks off with BUSHI almost succeeding with Tiger Mask. Naito’s attempt to unmask Atlantis was met with a huge chorus of boos. Given Naito’s penchant for sloooooow entrances on this tour, there’s a good chance his coming to the ring took longer than this entire match. **

The prestigious CMLL World Lightweight Championship is on the line here, this is not to be confused with the CMLL World Welterweight Championship which was held by NJPW contracted employee Mascara Dorada for all of 2015 and was defended once. This title was the cornerstone of feud of the year contender and perhaps the best series of matches we saw in 2015, Dragon Lee and NJPW young lion Kamaitachi (Hiromu Takahashi). We’ll talk about him more in a bit.

Japanese fans aren’t dumb and from the outset this match has a big match feel to it. Unlike some of the more silly titles from earlier in the show (looking at you Arena Mexico Tag Titles), the fans knew this one was important. For those who haven’t already, please check out thecubsfan’s piece on this very website about the veteran of this match, Virus. He’s a cult figure to many lucha libre fans and cubsfan presents a great case on why you should pay more attention to him.

The story of the match was Dragon Lee’s speed and high-flying versus the technical savvy of Virus. Lee continually tried to bring the action to the outside where he excels but Virus kept halting it at every turn trying to lock the youngster in a submission he wouldn’t escape. Dragon, no slouch technically himself, got a little cute at times, trying for submissions of his own but once again Virus would stifle any attempt. Finally, Lee took advantage with a double foot stomp to Virus and finished him off with a german suplex for the win. Part of me wished this match went a little longer as it was just started to get hot, either way, really good and easily the Match of the Night thus far. ***¾

Post-match, a masked competitor ran into the ring and attacked Dragon Lee. Ardent lucha libre fans would recognize the mask but for those who don’t, it was none other than Kamaitachi making his New Japan Pro Wrestling return. The crowd popped huge when he unmasked, a far cry from the crickets Takaaki Watanabe received during his unmasking a few months back. Takahashi immediately grabbed the mic and demanded a title match for tomorrow’s show:

Kamaitachi 'I've come back to take my belt. We're gonna do it in THIS ring. There's been a change to tomorrow's card. You and me- get ready'

Lost in all the “New Japan isn’t making any new stars” narrative last year was Takahashi. Stowed away in CMLL, Takahashi was out of sight, out of mind for many. Those following Mexico would know that not only was Takahashi in good hands with the CMLL promotion, learning from their veterans, but he was having spectacular matches throughout. Takahashi was developing a character of his own, one that got over huge with the Mexican audience all the while having Match of the Year level matches.

Now he’s back in New Japan, 26 years old, with a fully-developed character, a resume of great matches and, best of all, he’s already over. Examples like this are why the excursion system, antiquated as it may seem, can pay off huge if done right.

The main event of tonight’s show as done in honor of the late Black Cat. For those unfamiliar, Black Cat was a Mexican wrestler who made a name in Japan throughout the 90s and early 2000s. His widow was there and did a short speech before the match began.

Step aside Dragon Lee/Virus, we have a new Match of the Night. Not a technical marvel or an epic by any standards, this was a tremendously fun, voluminous six-man quite similar to your typical NJPW six-man before a major event. Combos of men squared off throughout to tell their only micro-stories with Mistico and Ultimo Guerrero trading barbs, Mephisto and Volador teasing their title match on tomorrow’s show and that Tanahashi guy did some stuff with Okada.

Okada, specifically, excels in these six-mans, likely a testament to his training in the lucharesu style. The finish saw Mephisto hit his Devil’s Wings finisher (a top rope pedigree, essentially) to Volador. The crowd shrieked as Mephisto locked the move on, only enhancing the great finish. Once he got the pinfall, Mephisto grabbed the mic and told Volador Jr. he was taking his title tomorrow. Great match and a fantastic way to cap off what was a super fun show. Oh and Mistico didn’t fuck anything up, it’s a miracle! ****

Final Thoughts: Between Dragon Lee/Virus, the main event six-man and plenty of hilarious hi-jinks throughout, this FantasticaMania show has a little something for everyone. 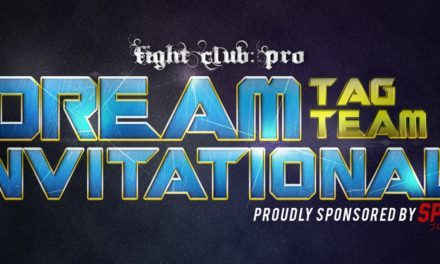 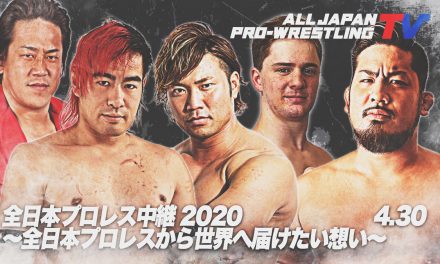 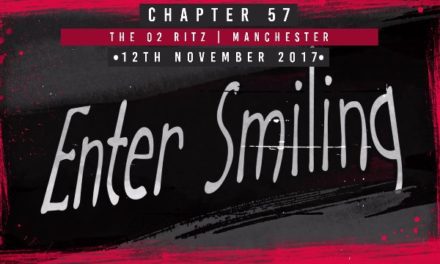