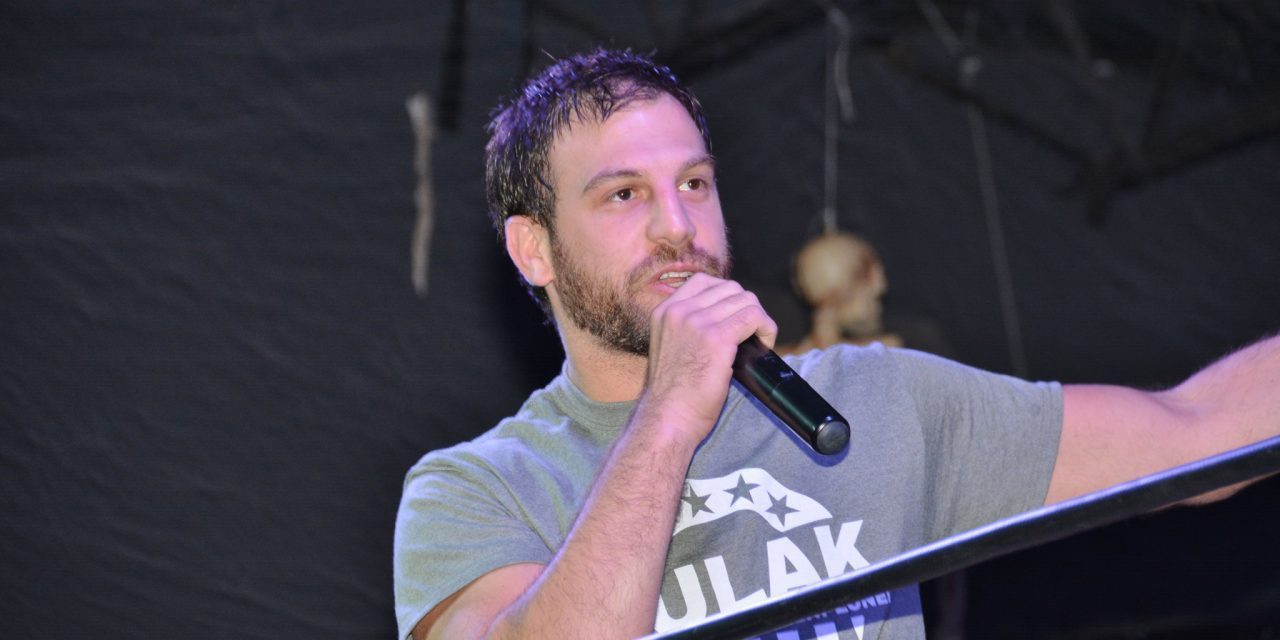 During 2015, EVOLVE forged its own identity after languishing in the shadows of Dragon Gate USA for the majority of the promotion’s existence. EVOLVE established itself as the home for premiere technical wrestling on the American independent scene, showcased tremendous unsigned talents and consistently put on excellent shows. And now, the evolution of EVOLVE takes a giant leap forward.

Over the course of a three night tournament—beginning this Friday and ending on Sunday—a talent rich field of eight teams will compete for the right to be called the first ever EVOLVE Tag Team Champions. Another, equally as important tournament will take place as well. The winner of a four-man, round-robin Style Battle will take home bragging rights as the breakout star of 2016.

In addition, indie standouts Tommaso Ciampa and Ethan Page are scheduled for singles action, as is rising star Jason Cade. The fans attending EVOLVE 54 will get an exclusive treat: a meet and greet with NXT tag team American Alpha and an appearance by William Regal!

The Quest for Tag Team Gold

Ever since Ronin (Johnny Gargano & Rich Swann) vacated and retired the Open the United Gate Championship at EVOLVE 43, the company has been without a tag team prize. If majority of fans feel as I do, the belts were not missed.

In the heyday of faction heavy DGUSA, they were a necessity for the sister promotion of a company that specializes in tag team action. As the cost of bringing in international talent rose, DGUSA shifted towards a more traditional western product with an emphasis on singles competition. The tag titles were not abandoned, they were just there. A litany of teams such as the Young Bucks, the Bravado Brothers and the Premiere Athlete Brand held the gold over the final few years of its existence, but each reign was marked by apathetic booking and, with a few exceptions, bad matches.

Now, tag team wrestling in EVOLVE gets a second chance with a tournament choked full of some of the best wrestlers in the words, check out the first round matchups below to see what I mean:

On paper, there are some tremendous matchups in the first round and beyond. Even “lesser” teams like the Bravados and Barry & Carr are capable of working solid matches; so, save a complete reversal from the last year, I don’t think that there should be any worry about the quality of the tournament.

In an interesting twist, the losers from the first round automatically enter into a Second Chance Tournament. The winner of it will receive the first shot at the new champions at a later date. I adore the idea of a secondary tournament because it gives the  defeated teams something important to do the rest of the weekend and establishes a credible first challenge for the winner’s of the headlining competition. However, that is the only thing clear about the burgeoning EVOLVE tag division.

I tend to eschew predictions for the simple fact that handicapping professional wrestling is like running naked in a snow storm–it doesn’t make any sense. What I can write with certainty is logic and history are grappling over the creative direction of the tournament. Logically, only two teams have a real chance of walking away with the gold: Gulak & Perkins and the PAB.  Each team gives EVOLVE priority in regard to their bookings and would be around to regularly defend the titles. On the other hand, Gabe Sapolsky has a history of booking his title tournaments to make a splash. The first Open the United Gate champs were Pac & Masato Yoshino, followed by Ricochet and Cima. Using one of the “super teams” in the tournament as the first champions is a high risk, high reward situation. Like the early days of the DGUSA tag belts, it would lend the titles instant credibility but would also risk having champions whose availability is not always guaranteed; the Open the United Gate belts were vacated twice due to that scenario and never really recovered.

A True Battle of Styles

The Style Battle is an EVOLVE oldie goldie that dates back to the days when Jon Davis slow walked his way to the ring. The winner not only claims bragging rights, but usually ends up with a substantial push.

This year’s field is talented and diverse. Each wrestler brings a unique skill set to the round robin competition, thus making it a true turf war of wrestling strategies.

“Hot Sauce” Tracy Williams is an acolyte of Drew Gulak and worships at the altar of grappling. Williams is not as fond of the ground as his mentor, though and has shown a tendency to mix in strikes when his aggressive side comes out to play. His opponents need to be leery of Williams spicy side and need to keep their encounters with him mild.

Matthew Riddle is an ex-MMA fighter so his credentials in striking and submission do not need to be expounded upon. What Riddle has going for him over the rest of the field is momentum, he’s on a four match winning streak, and a mastery of mind games that dwarfs those of other rookies. If Riddle can manage to claim the mental high ground , he will be a tough time out for any opponent.

Peter Kaasa is an athletic specimen and has the most well rounded skill set in the tournament: he can fly, go to the ground and is incredibly strong. That alone gives him a good chance to win the tournament but he does have one fatal flaw a love of showmanship. If Kaasa wants to come out on top this weekend he will need to pick the right moments to show off or abstain from them completely because if not his foes will make him pay.

Fred Yehi is a complete unknown. His lone appearance in EVOLVE last fall revealed that he is a consummate mat technician and suplex artist. Yehi has the advantage of being able to take his opponents by surprise due to his limited appearances in the WWNLive family of companies. However, this is the biggest stage he’s ever been on and nerves are known to derail even the most confident of wrestlers. The key for Yehi is to keep calm and just wrestle.

Just like the tag tournament, predicting the results of the Style Battle is next to impossible, but I do believe all four men have a good shot at winning. Tracy Williams already has several big wins and this would cement his status in the upper echelon of the promotion. Matthew Riddle is on a mega push and adding the Style Battle to his resume would guarantee him a shot at Timothy Thatcher. Kaasa is a crowd favorite, but has yet to secure a signature win so this weekend would be the perfect time for him to do it. I can also see Fred Yehi getting the win purely for the shock factor.

Regardless of who wins, the Style Battle will be a seminal moment in each man’s career and will go a long way in establishing them as next wave of EVOLVE stars.

Tomasso Time and the Redemption of Ethan Page

Ethan Page rose like a rocket in 2015 as EVOLVE’s archvillain only to plummet to incredible depths once he lost his feud with Johnny Gargano. The notorious Dwayne Johnson fanboy claims he’s learned his lesson and wants to work his way up from the bottom of the card. That journey begins at EVOLVE 53 against PJ Black and continues the next night at EVOLVE 54 in a match against the debuting Tomasso Ciampa.

I’ve previously written that Page’s character work in EVOLVE is second to none and is a welcome departure from the predominantly serious personas on the roster.  I’m especially curious to see if the conflicted character he displayed at EVOLVE 52 makes any more appearances this weekend.

Tommaso Ciampa’s recent showings in NXT, Beyond Wrestling and Atlanta Wrestling Entertainment has generated a buzz around the Sicilian Psychopath and after an injury to Timothy Thatcher, Ciampa has the chance to impress this weekend in two singles matches.

Ciampa is one of my favorite wrestlers and I think he will fit in perfectly. I’m excited to see what he he fares this weekend and hopefully he will become a fixture in the promotion going forward. 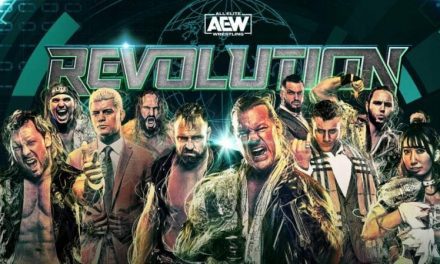 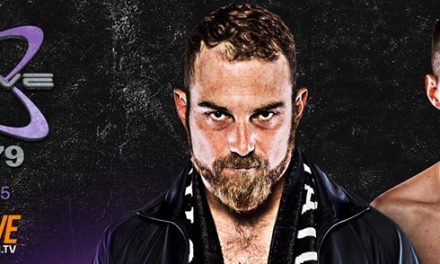 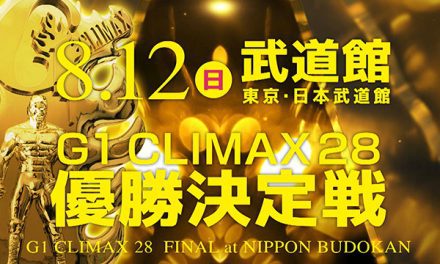