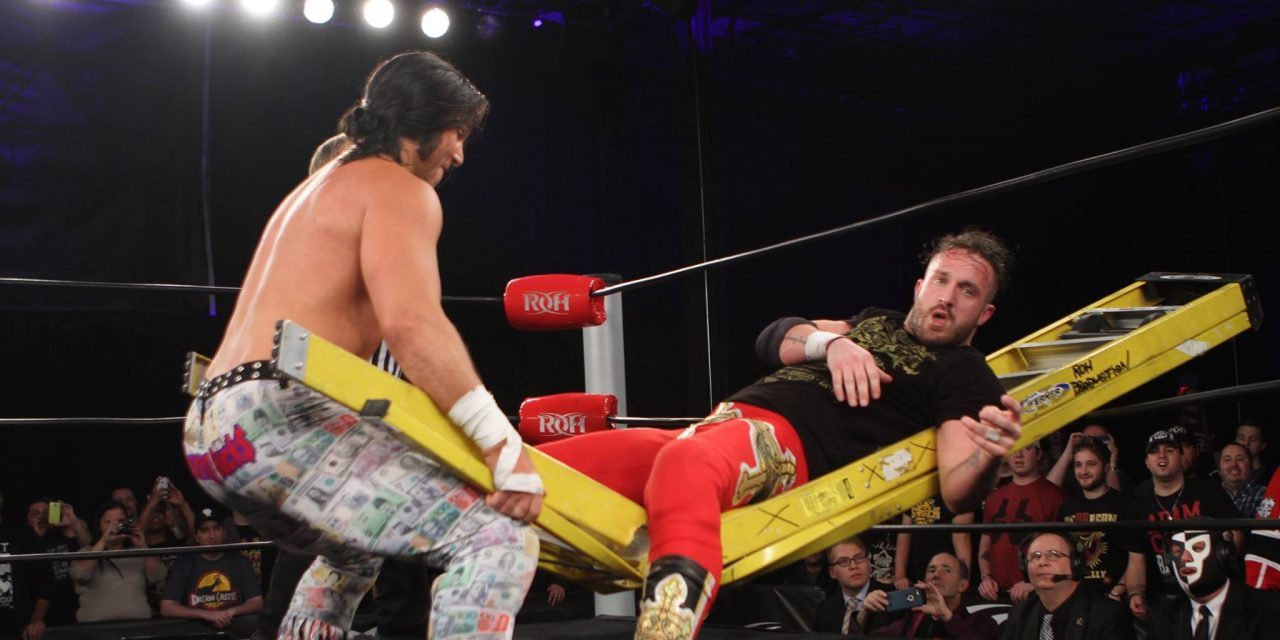 This episode of Ring Of Honor is AJ Styles’ last appearance on ROH television for the foreseeable future, as he is expected to sign with WWE, if he hasn’t already. Both ROH and TNA allegedly made offers to sign Styles, but ultimately he turned them down to pursue a big opportunity with WWE.

Kevin Kelly and Mr. Wrestling 3 are on commentary.

This match was about 10 minutes long. It wasn’t a bad opening match, just pretty forgettable. It was a back and forth contest that ended when The Addiction hit Celebrity Rehab for the pinfall victory.

The tease between Alex Shelley and Chris Sabin continues, and that was the real story here. Sabin climbed onto the apron during the match, briefly locking eyes with Shelley, and after the match The Addition attacked Shelley, as Sabin watched. Sabin appeared to be conflicted with what he should do but ultimately he did nothing. Daniels grabbed a small hammer, hit the referee, and was going to hit Shelley when Nigel McGuinness intervened. Nigel warned Daniels about his zero tolerance policy and then suspended him without pay.

Analysis: The match accomplished its purpose, though I wouldn’t go out of my way to see it. I am interested to see what will happen between Shelley and Sabin, and I hope that ends with The Motor City Machine Guns reuniting.

This was an average match, which focused around the dynamic between BJ Whitmer and Mr. Wrestling 3. On the outside of the ring, BJ Witmer yelled at Mr. Wrestling 3 that he knows he is Steve Corino. This confrontation distracted Adam Page and allowed Mark to get the upperhand, and land froggy bow for the pinfall victory.

After the match, BJ Witmer grabs a microphone and says that everyone knows Mr. Wrestling 3 is Steve Corino and begs him to be a man for once in his life, and show his son Colby what it’s like to be a man and take responsibility. Mr. Wrestling 3 gets in the ring and asks Whitmer if he is insinuating something or if he has anything he would like to ask him. Whitmer says he wants him to take off the mask and show all of these idiots that he is actually Steve Corino. Mr. Wrestling 3 says he cannot tell a lie, he is not Steve Carino. He reminds Whitmer of Nigel’s zero tolerance policy for violence and suggests they get the hell out of there.

Analysis: The premise of Corino putting on a mask and being Mr. Wrestling 3 is a bit cheesy but fun (remember Mr. America, who definitely wasn’t a certain other superstar, brother?).  Corino has done a nice job with it, even maintaining two separate Twitter accounts for each character and keeping kayfabe in a witty but not over the top way. The action on the outside of the ring was distracting enough as a viewer that you instinctively focused on that. The crowd loved it, and I am interested to see where this is leading, since it doesn’t seem that Corino will be wrestling anytime soon, if ever.

Silas Young comes out impromptu, and grabs a microphone. Silas says Final Battle was a disappointment because he treated The Boys like family and taught them how to be men, but Dalton Castle has a mental hold over them. Silas says he’s going to give The Boys one chance to do the right thing, and be boys or learn to be men. He said they better do the right thing or they’re going to be sorry.

Analysis: I like the idea of another developing storyline, but hopefully they’ll add some new elements so this doesn’t seem like a rehash of the feud that already appeared to end at Final Battle.

Philly Street Fight
reDRagon vs. Young Bucks vs. The Kingdom

This match started out fast, quick, and in a hurry. The Young Bucks attacked reDRagon as they walked through the curtain, then landed a superkick on Taven in the ring, who was standing on crutches.

With Matt Jackson in a seated position on a chair, Adam Cole ran the ropes, then stopped, and put Jackson in a chinlock. On commentary, Mr. Wrestling 3 tells us that he’s seen that somewhere before.

The Young Bucks put Michael Bennett into a seated position in a steel chair, put a party hat on him, and yelled “superkick party.”  Before the party could get started, Maria Kanellis landed a low blow on Matt and Nick both. Bennett grabbed the chair and before he could use it, AJ Styles ran out, grabbed the chair from Bennett, and hit him with it. The Young Bucks hit Maria with a Meltzer driver, as Mr. Wrestling 3 says “Uncle Dave (Meltzer)” is watching in California and is proud of his boys.  The Young Bucks and Styles then hit an ultimate combo fatality finish on Bennett, for the pinfall victory.

Analysis: This was a bit wacky at times, but overall it was a fun match. Nick Jackson did a nice job of selling the facial expression of being conflicted, as he pondered whether to do a Meltzer driver on Maria. Mr. Wrestling 3/Steve Corino yelling “suuuuuuuperkiiiiick” is arguably the best part of a Young Bucks superkick. It’s over the top, but it works, and I loved it.

Final Thoughts: Overall, this was a good show. I really liked the focus on not just matches, but creating or building stories. That will be a key to the fans investment going forward. I believe they should’ve done something (even if it’s just a brief backstage promo or video package) with Donovan Dijak. They created a compelling story last week with his separation from The House of Truth, and that has to stay fresh in fans minds so he maintains momentum and you can capitalize on future plans. 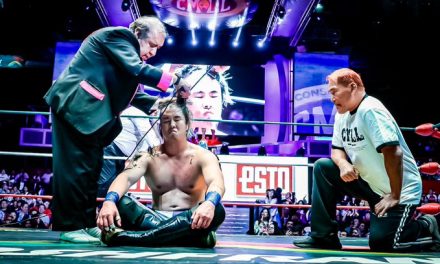